I’ve never been much of a dessert girl. I’d rather waste my calories on an extra slice of pizza, to be honest.  But ice cream holds a special place in my heart, and ever since I’ve started making my own ice cream, I can’t seem to get enough of it.

Friends are always super impressed by it, too! “What? You made your own ice cream?” Yes, it’s no big deal. It’s not like I churned my own butter or aged my own cheese (cheese wouldn’t stand a chance at aging in my house anyway, because I’d eat it all while it was still new). I hate to ruin the fascination, but I’m just too much of an honest person, so here goes: if you purchase an ice cream maker, you too could make homemade ice cream! *GASP!* No, but really. If you have a toaster, you can make toast; if you have an ice cream maker, you can make ice cream. It’s too simple. It’s basically foolproof. 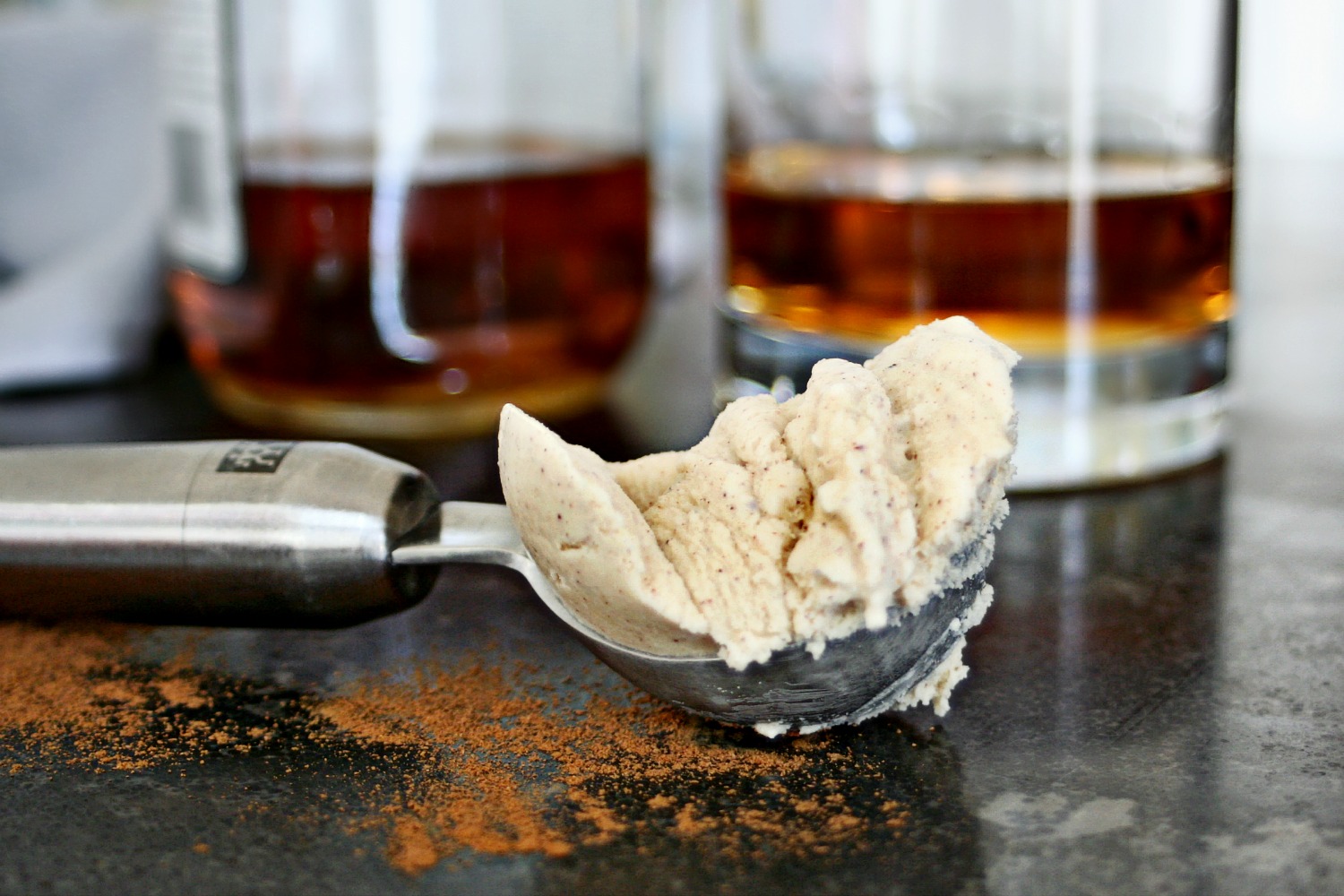 Now, whether or not you can come up with wondrous and tantalizing flavors like I do, that’s on you. But ice cream, in all of it’s ice creaminess, is easy as pie. Scratch that actually, because making pie is way harder.

Since the very beginning of my ice cream making, I’ve sworn by Ben and Jerry’s sweet cream base. Those dudes, they know! I mean, if I’m going to admire and trust anyone in the ice cream industry, it’s going to be my bros Ben and Jerry. I think I’ve followed all of two recipes for making ice cream in my life – the rest have just been me churning my sweet and quirky ideas in a frozen bucket.

So, what inspired Cinnamon Bourbon?

The hubs and I recently had a Friendsgiving Dinner, because our group of friends is adorable like that. Our friend Mike said he’d bring pies, one of them being pumpkin. It is said that you can’t truly enjoy pumpkin pie without a big dollop of vanilla ice cream on top of it (I don’t know, I can?) so I knew I had to have ice cream to offer – but I didn’t want to make vanilla ice cream. Like, snore?! So after racking through my brain a bit, I decided that I’d make a delicious and grown-up ice cream with cinnamon and bourbon. It just seemed fitting for a fall feast! And it was a hit! My heart smiled as I overheard friends talking about how awesome the ice cream was. But was it the bourbon talking? 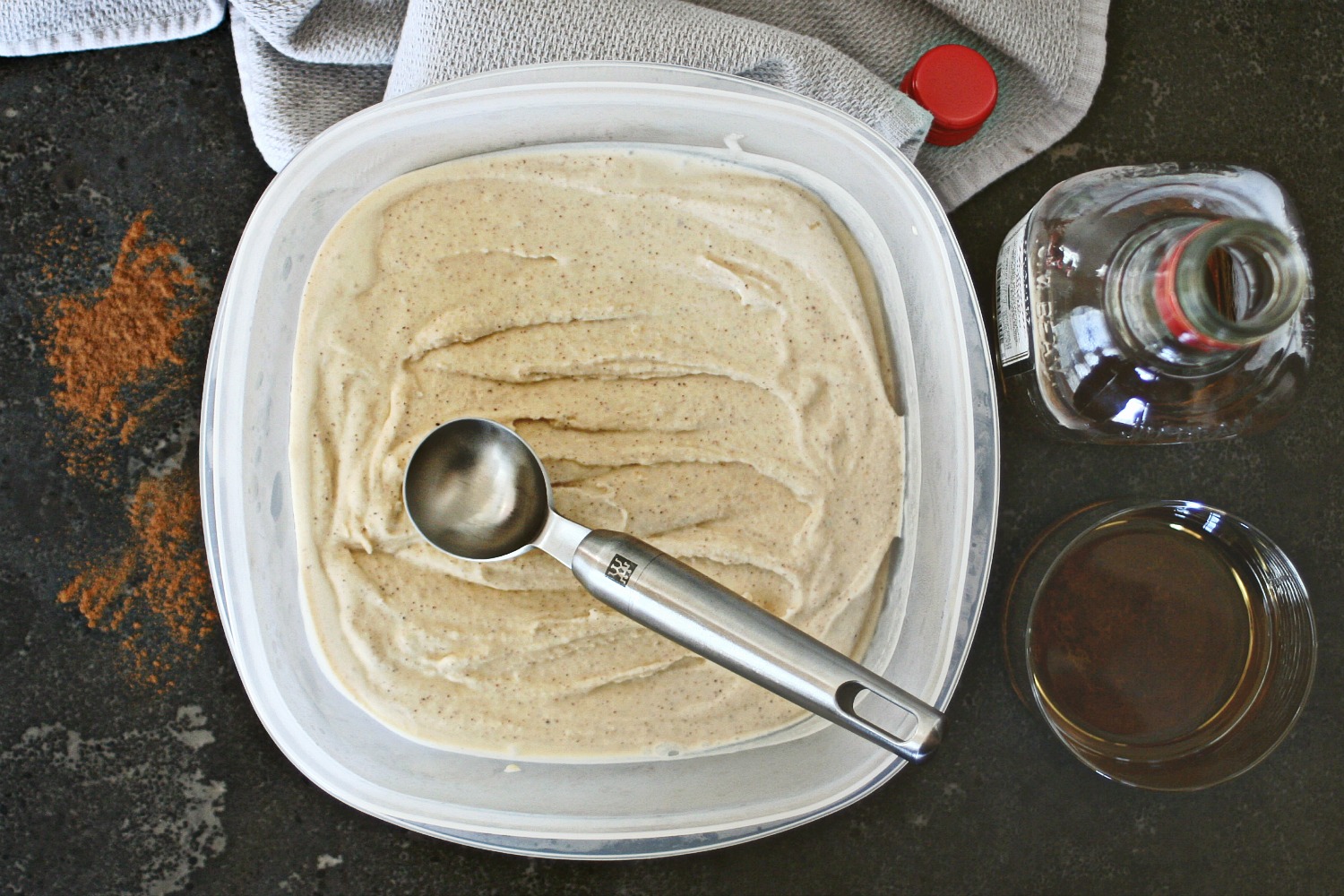 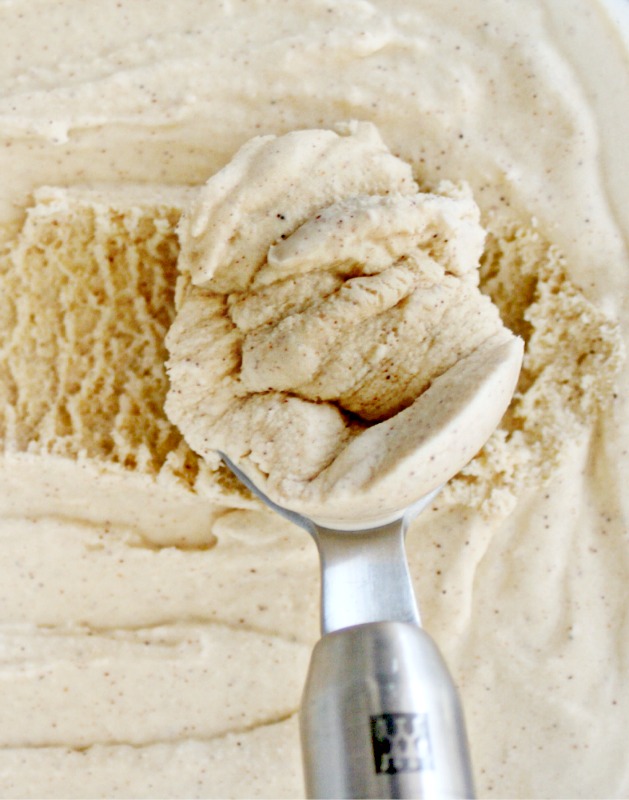 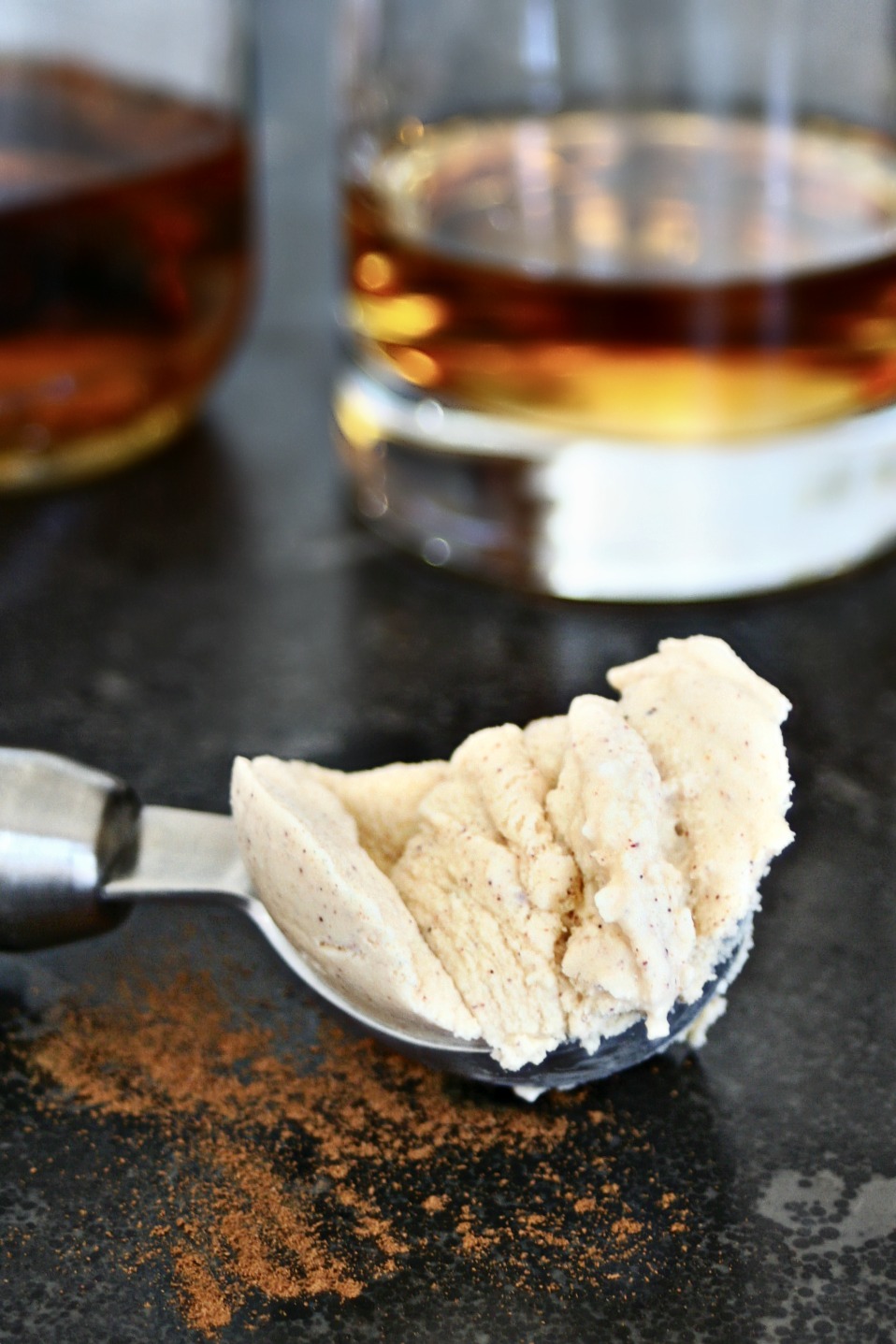 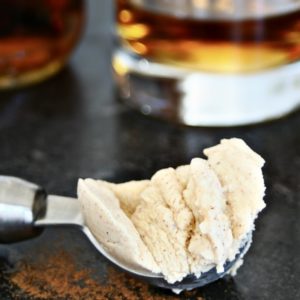