When you hear the mention of concord grapes, you think jams, pies, muffins… I’m willing to bet salmon doesn’t come to mind! I never thought I’d make that association either.

But now, it’s pretty much the *only* association I make at the mention of concord grapes.

When I made my Pan-Seared Salmon With Apple Cranberry Sauce last month, I fell in love with the combination of salmon smothered in a sweet and savory sauce. It works especially well with King salmon due to its rich and buttery texture and flavor. So, when I stumbled upon these beautiful purple concord grapes at the market, I knew exactly what I had to do with them…

Smother them all over my crispy-skinned pan-seared King salmon. 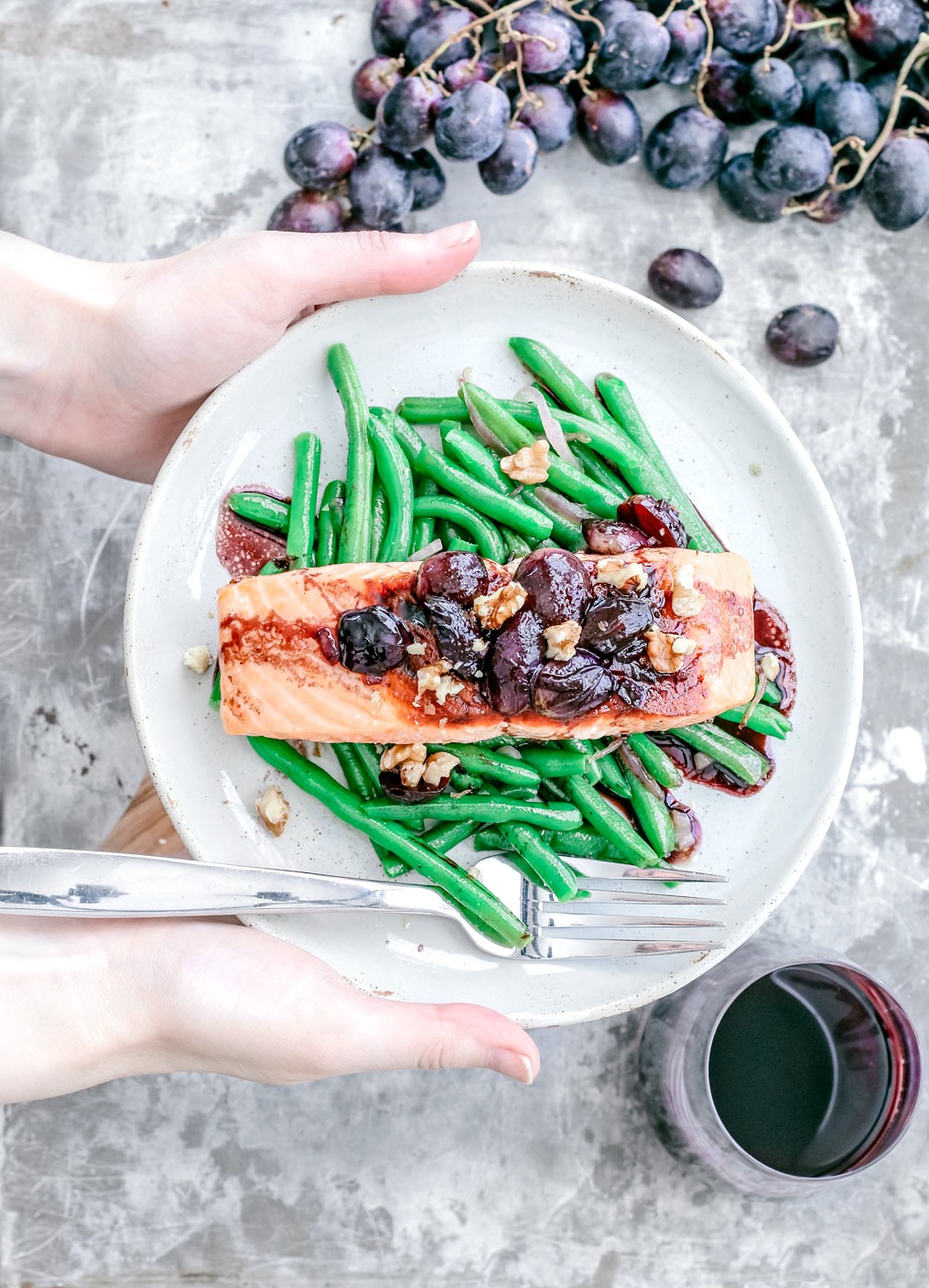 Having earned the Best Aquaculture Practices (BAP) certification from The Global Aquaculture Alliance, Regal New Zealand King Salmon is a smart choice. Additionally, the New Zealand King salmon industry received the Monterey Bay Aquarium Seafood Watch Green/Best Choice rating in 2015, so you can feel good about sinking your fork into these fillets!

The word “farmed” seems to have a negative connotation, but it shouldn’t automatically be chalked up as a negative. Both farming *and* fishing methods have good and bad practices which is why, in either case, you should know where your fish is coming from. 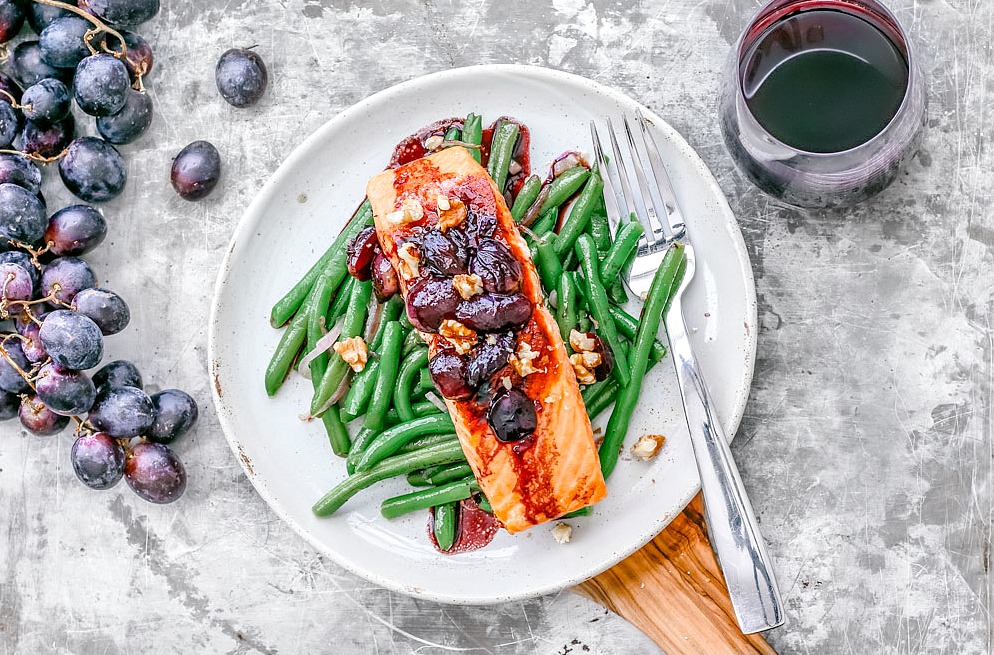 Regal King salmon is raised in protected isolation, then transferred to sea farms in the clear, deep, and cool waters of the Marlborough Sounds where the environment for salmon production is best. With stocking rates resulting in only 2% of the sea farm volume being occupied by salmon, the salmon in this vicinity have more than enough room to swim around. And, with the absence of disease in the fish, New Zealand farmers don’t have to use antibiotics or vaccines to maintain the health of their stocks. The salmon are fed food pellets of fish meal specially formulated for King salmon and they don’t contain steroids or growth enhancers. 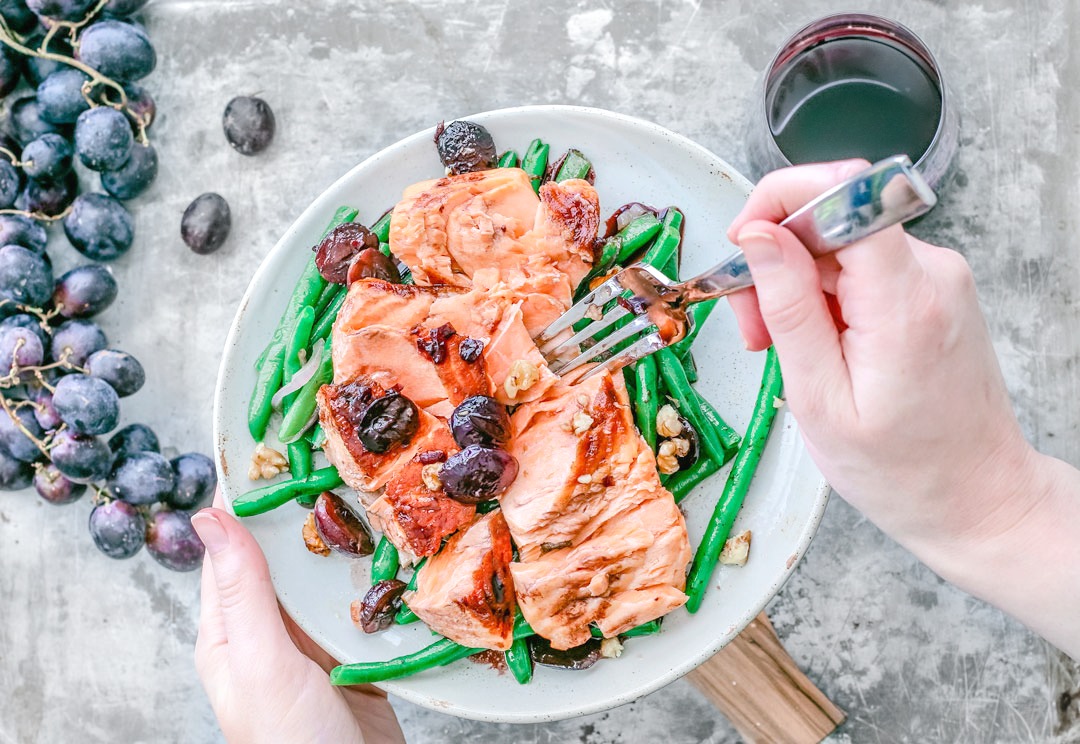 Also known as Chinook salmon, King salmon is the belle of the Pacific ball. It’s the largest salmon species of the Pacific and it has the highest oil and heart-healthy omega-3 content. If you eat a lot of salmon, you’ll notice and appreciate just how buttery the flavor and texture of these fillets are in comparison to your usual salmon. Because of this, King salmon is the priciest of the species, but it’s totally worth the treat! 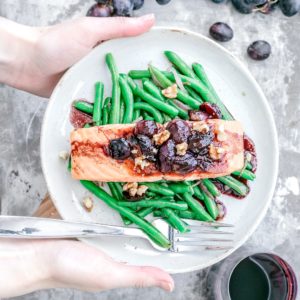 King salmon is thicker and fattier than other cuts of salmon, so if you're using a different type of salmon, cooking times may vary. It's always best to use the 8-10 minute rule when cooking fish; measure the thickest part of the fillet, and cook the fillet 8-10 minutes per inch of thickness, flipping 3/4 of the way through cooking time. Toasting walnuts: Heat a small pan over medium-low heat. Add the roughly chopped walnuts to the pan, and toast until fragrant/lightly golden. Keep a close eye on them and occasionally toss them around with a spoon. This should take between 5-7 minutes and may seem slow at first, but once they start to toast, they toast quickly. So it's important to watch them so they don't burn. Once nicely toasted, remove from heat and set aside.
Author: Killing Thyme
Course: Main Course
Cuisine: Pescetarian 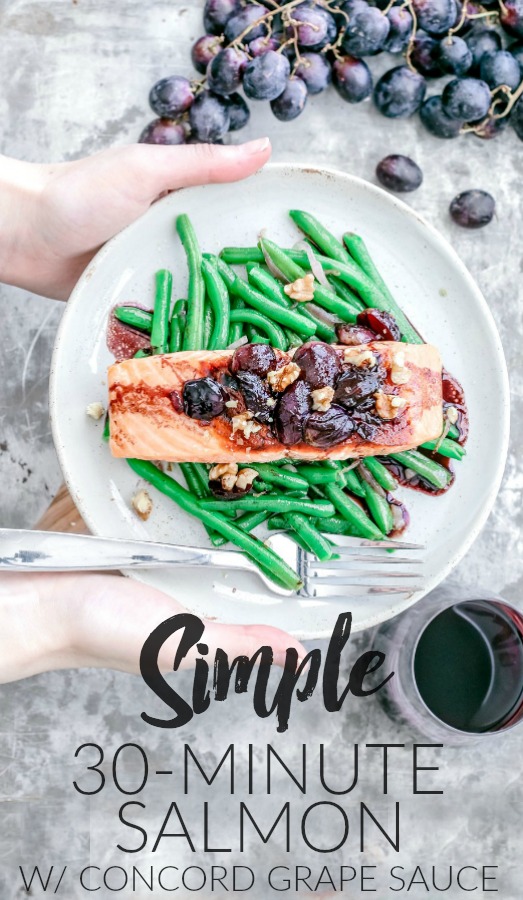