If I could describe this melt-in-your-mouth King salmon in one word, it would be ‘euphoric’. The texture is silky and buttery, the color is a bright coral hue with distinct marbleization, the flavor is clean, and it’s got omega-3 fatty acids like whoa.

King salmon all day, every day!

It pains my little pescetarian heart that people tend to limit fish consumption to the warmer months. I fully understand the excitement that comes with grilling and throwing salmon fillets onto a cedar plank or impaling shrimp and scallops with skewers — but fall flavors and fish get along swimmingly, too!

This recipe smothers your King salmon fillets with warming spices and a savory blend of apples, onions, and dried cranberries, and it’s quite possibly the best thing ever.

How did I think of this? And why did I think throwing apples and cranberries onto salmon would be okay? Welp, before my pescetarian days, I’d slather this saucy medley over pork chops. And whenever I find myself searching for new ways to jazz up my fish, I think about meaty recipes I used to enjoy and try to bring the essence of those dishes to the pesce world. Fish is versatile, and it usually works out nicely.

This experiment-turned-success is no exception. 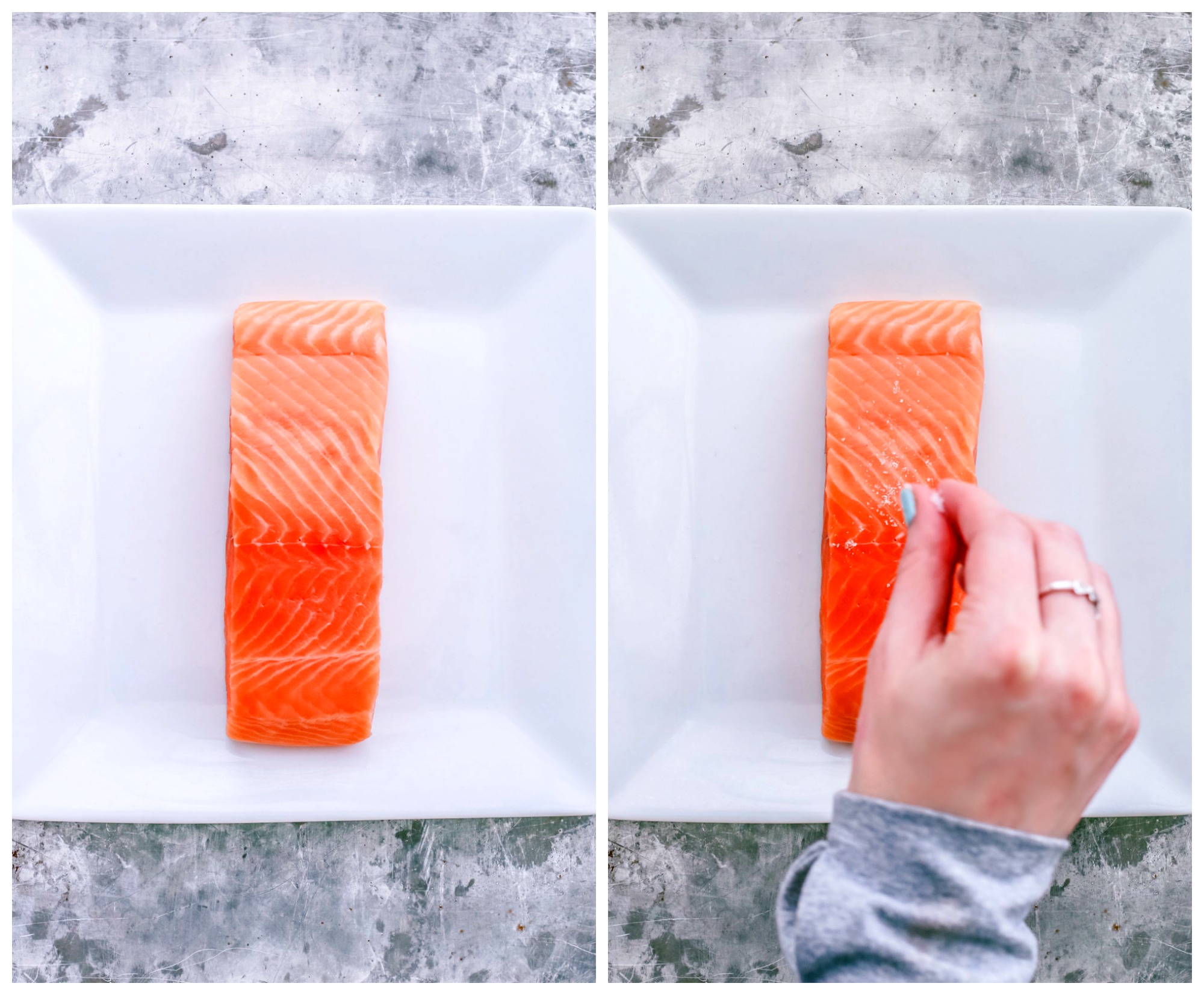 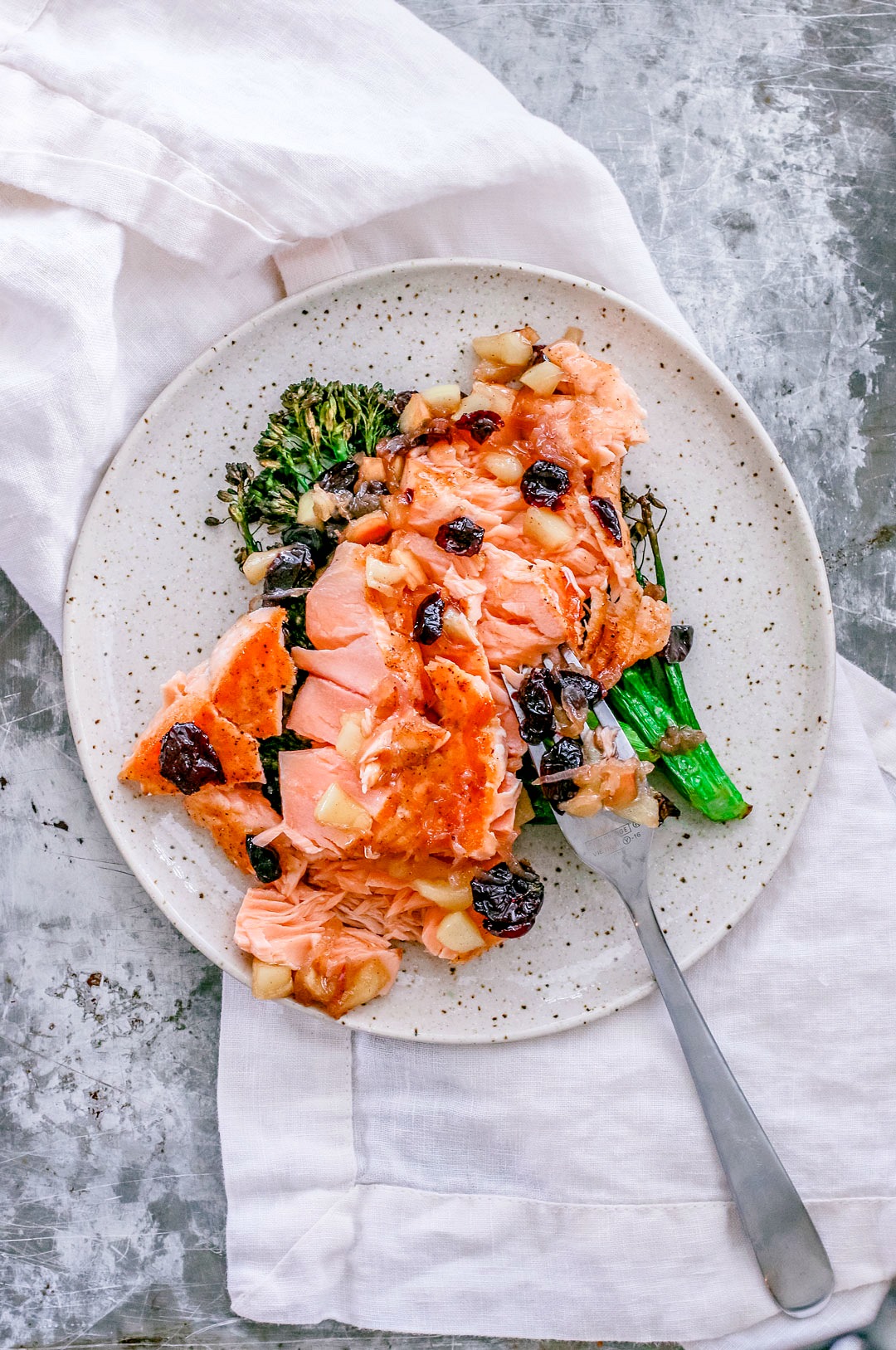 With that said, Regal New Zealand King Salmon is a smart choice!

The word “farmed” seems to have a negative connotation, but “farmed” shouldn’t be a bad word. Both farming *and* fishing methods have good and dreadful practices. This is why it’s important to know where your food is coming from.

Regal King salmon is raised in protected isolation before being transferred to sea farms in the clear, deep, and cool waters of the Marlborough Sounds where the environment for salmon production is optimal. With stocking rates resulting in only 2% of the sea farm volume being occupied by salmon, the salmon in this vicinity have ample room to swim around and be. Additionally, the absence of disease in the fish means that New Zealand farmers don’t have to use antibiotics or vaccines to maintain the health of their stocks. The salmon are fed food pellets of fish meal specially formulated for King salmon and do not contain steroids or growth enhancers.

What does this all mean for you?

This means you can dig into Regal’s King salmon and feel GOOD about it. 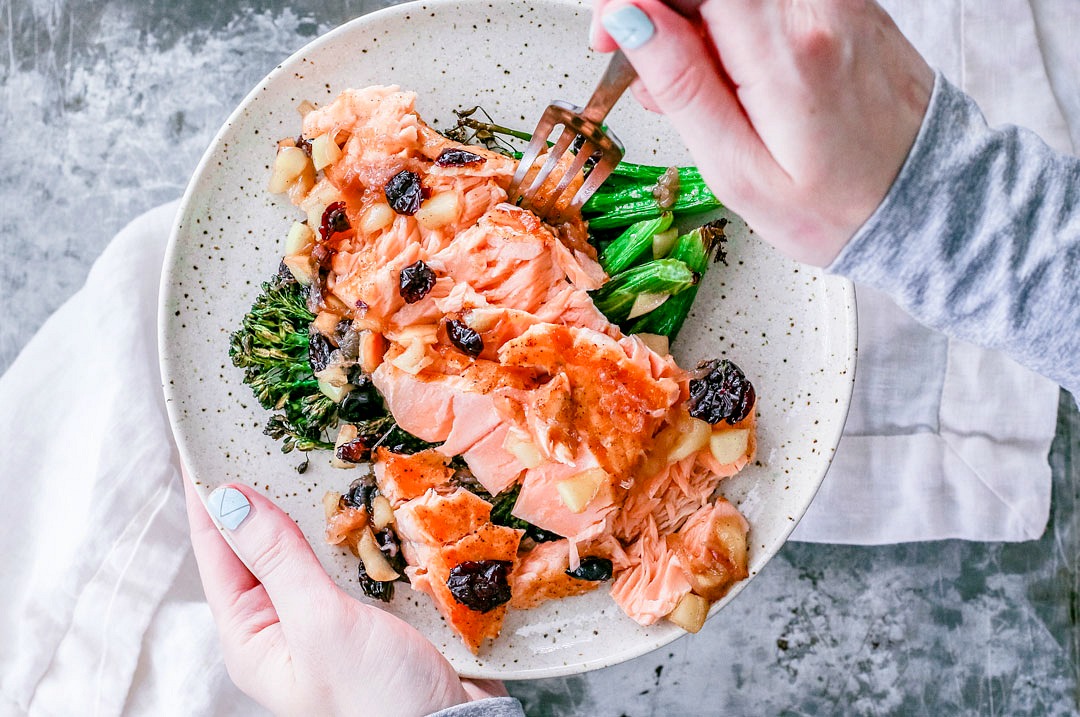 King salmon, also referred to as Chinook salmon, is the belle of the Pacific ball. Not only is it the largest salmon species of the Pacific, but it also harbors the highest oil and heart-healthy omega-3 content. If you eat a lot of salmon, you’ll be quick to notice how buttery the flavor and texture of these fillets are. Because of this, King salmon is the priciest of the species, but for good reason. (It’s a fabulous date night salmon!) 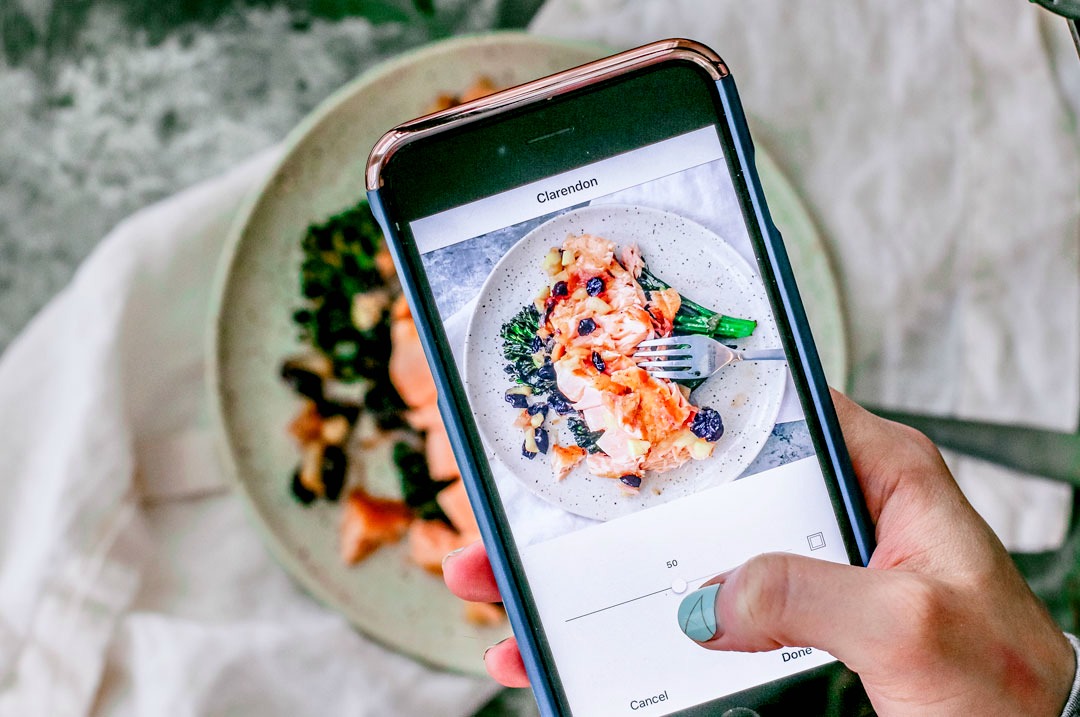 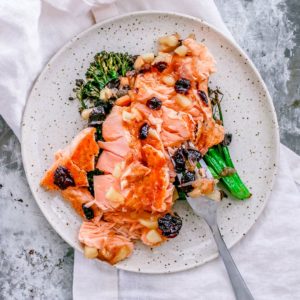 King salmon is thicker and fattier than other cuts of salmon, so if you're using a different type of salmon, cooking times may vary. It's always best to use the 8-10 minute rule when cooking fish; measure the thickest part of the fillet, and cook the fillet 8-10 minutes per inch of thickness, flipping 3/4 of the way through cooking time.
Author: Killing Thyme
Course: Entree
Cuisine: Pescetarian, Seafood