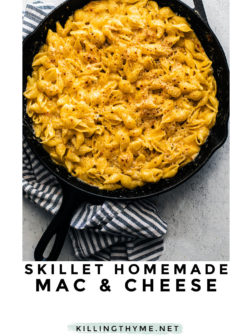 This easy homemade mac and cheese is tossed in a velvety sauce made with cheddar and smoked gouda, and quickly broiled for a golden crisp top. 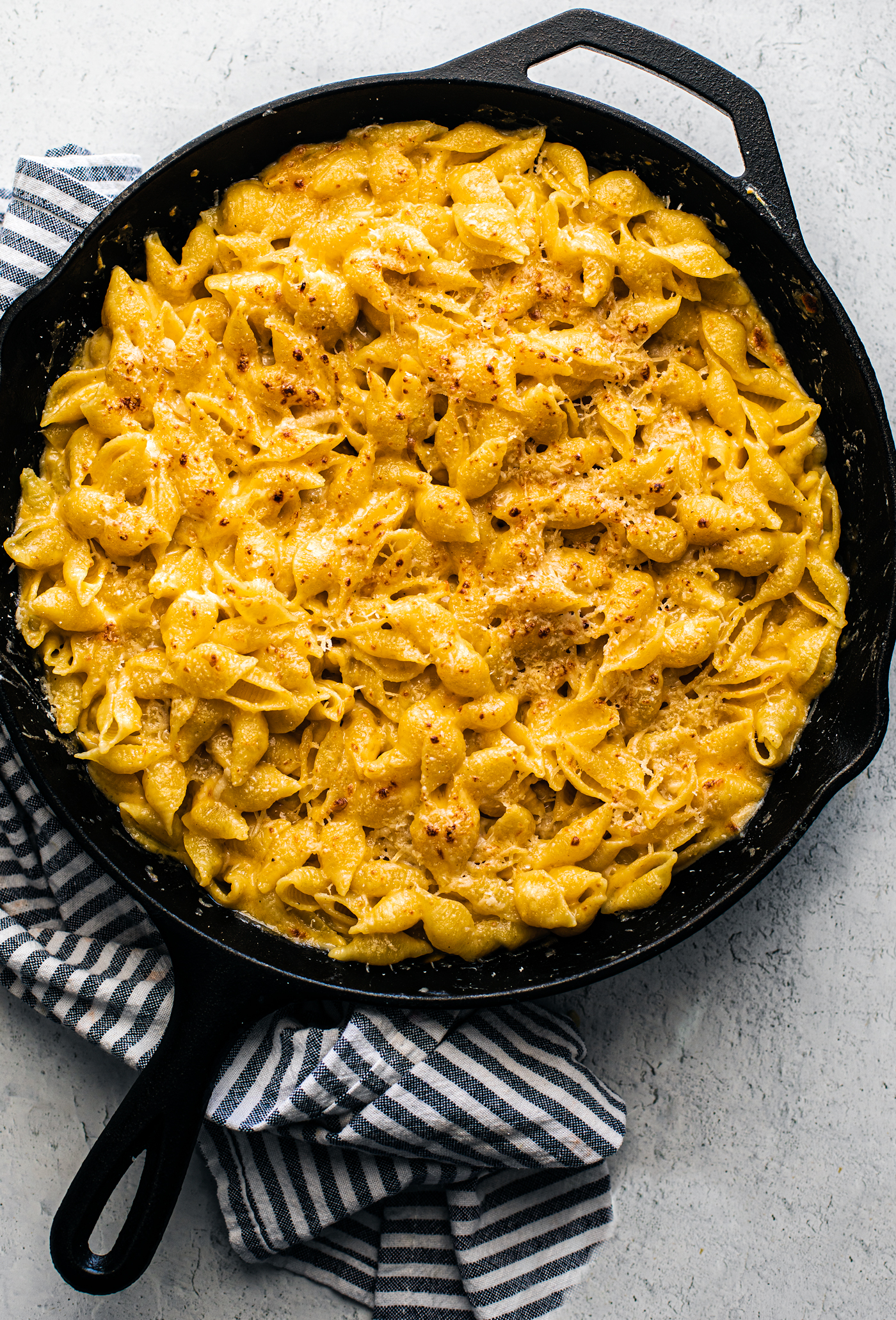 Crispy on top and creamy within—everything a homemade mac and cheese should be.

This has been my go-to mac and cheese for years and it’s received a lot of acclaim from family and friends. So, it’s about time I share it with YOU! It’s no doubt that mac and cheese is one of the best and most coveted comfort foods out there along with mashed potatoes and pot roast. It’s cheesy, warm, and fills the belly and soul in all the right ways. Despite the fact that it’s fairly simple to make, there are definitely things I’m a stickler about when it comes to my mac. But don’t worry, I’m coming clean and sharing it all!

The most important question: what’s the best cheese for mac and cheese?

There are a lot of delicious cheeses out there, but some work better for mac and cheese simply because they melt better. Obviously, the melt factor is an important one. Here are some of the best cheeses to use for your homemade mac and cheese: 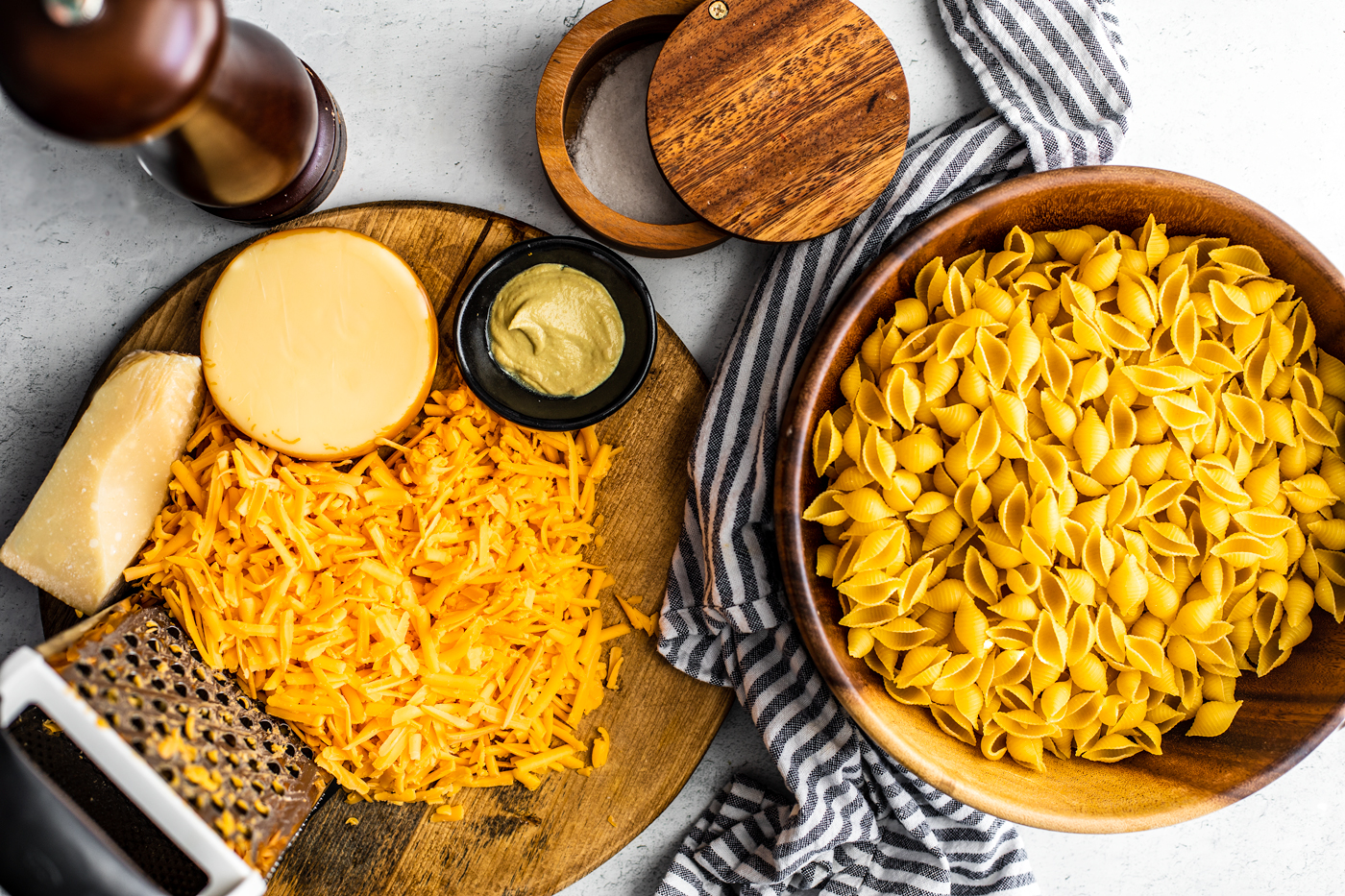 How to make homemade mac and cheese in a skillet.

The thing I love so much about skillet mac and cheese is that I’m only dirtying up one cooking vessel. I can make the cheese sauce, toss the pasta, and bake or broil it all in this same skillet! It also makes for an attractive, rustic serving dish. Here’s the downlow on how to make this glorious homemade mac and cheese: 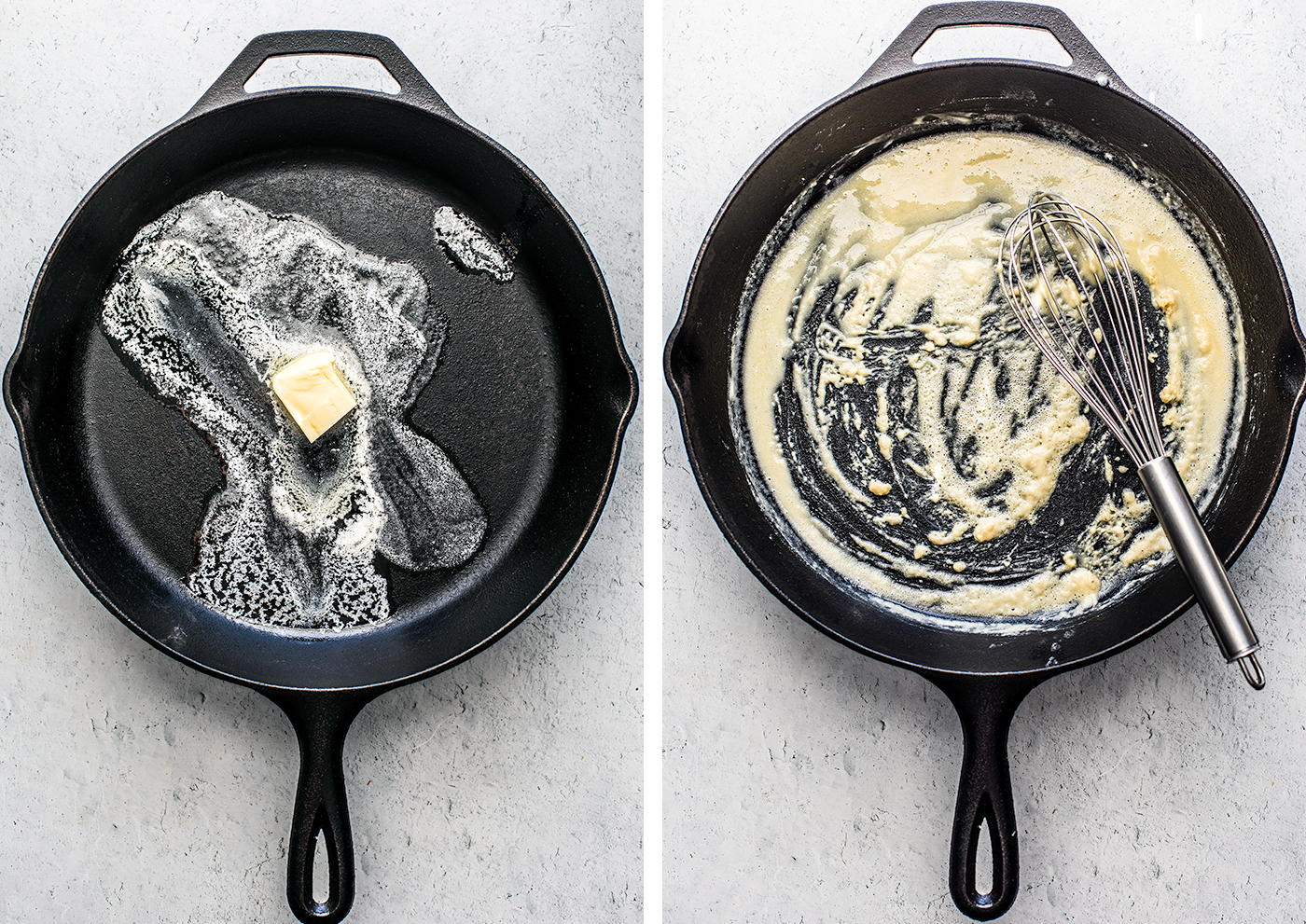 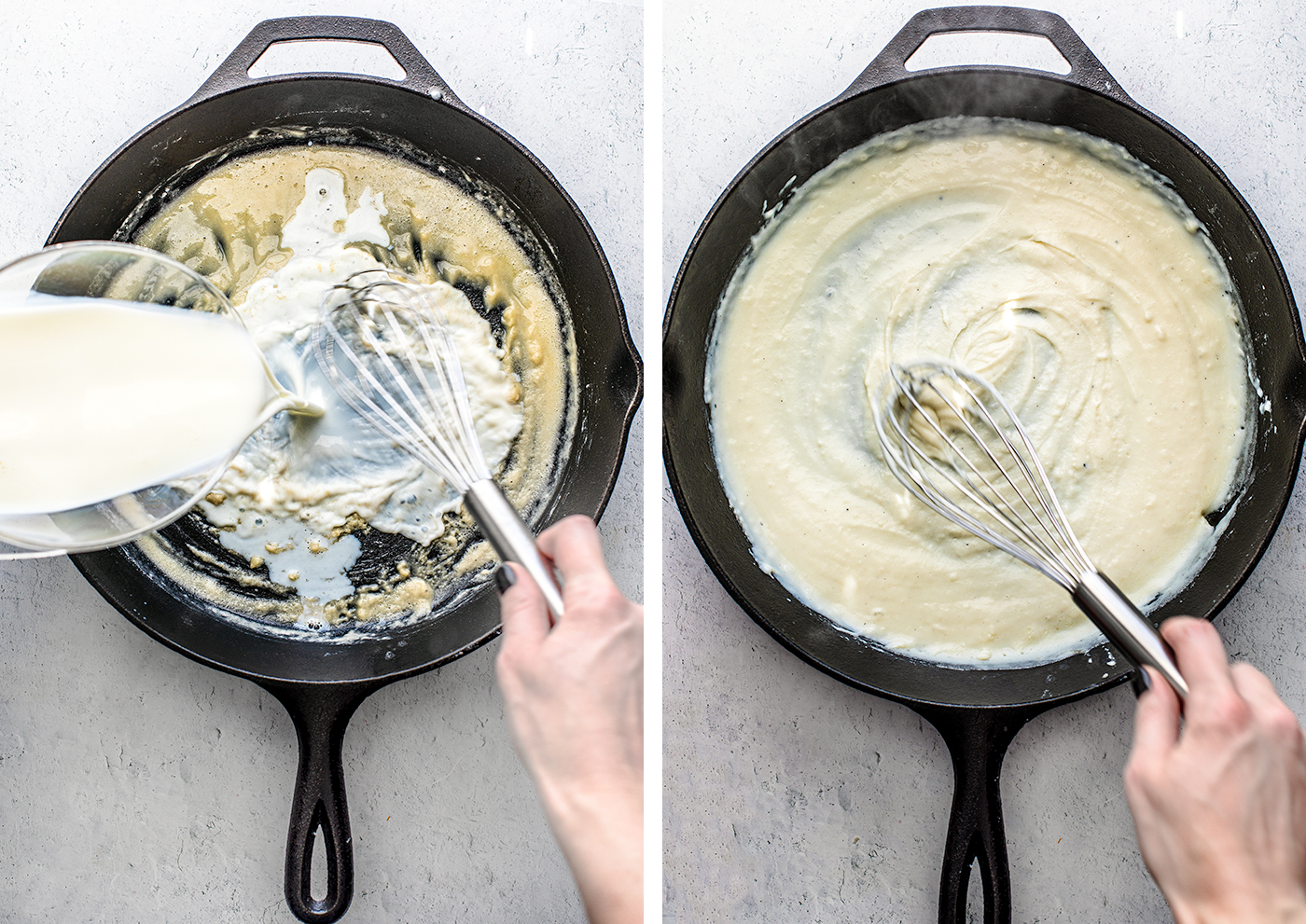 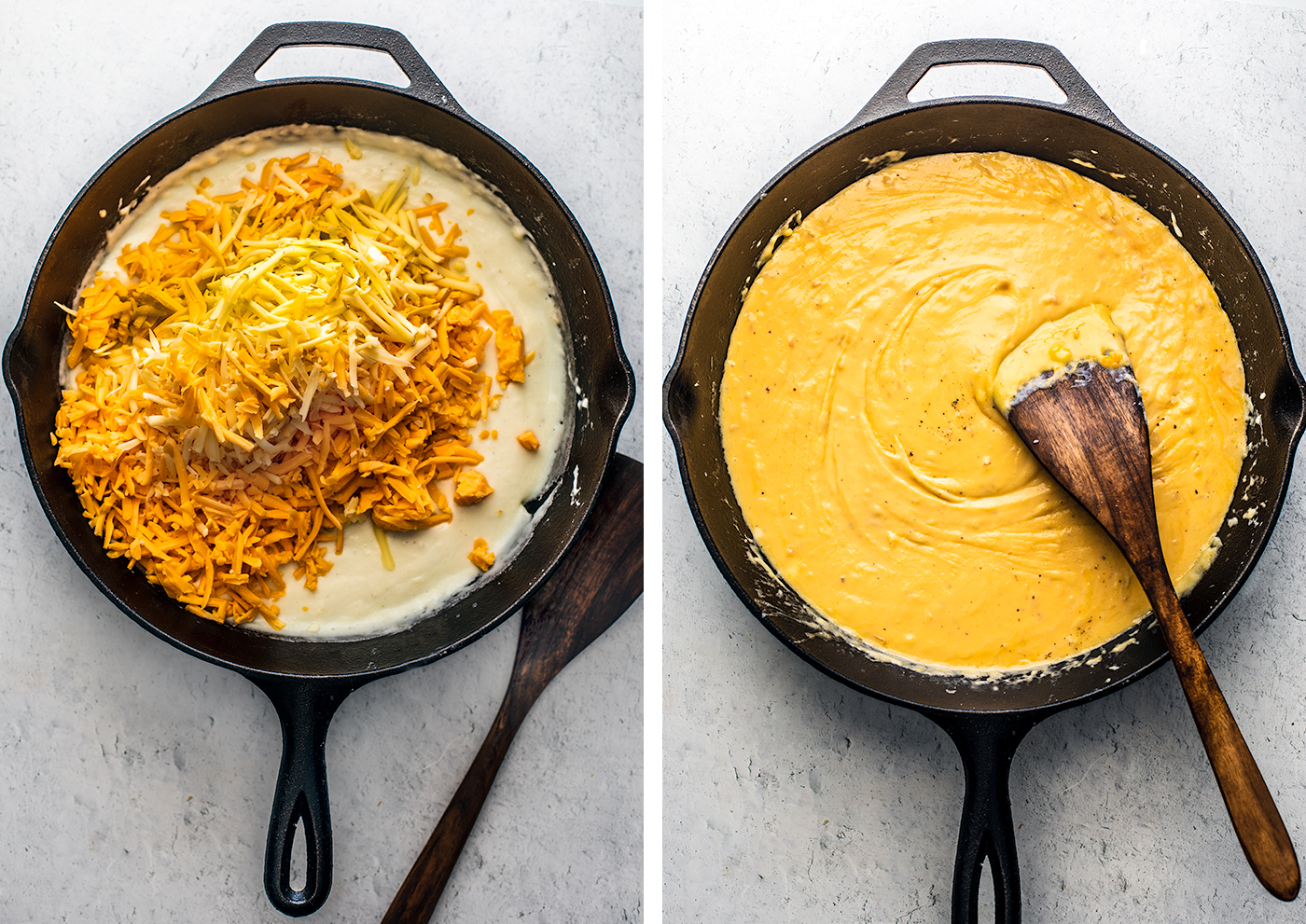 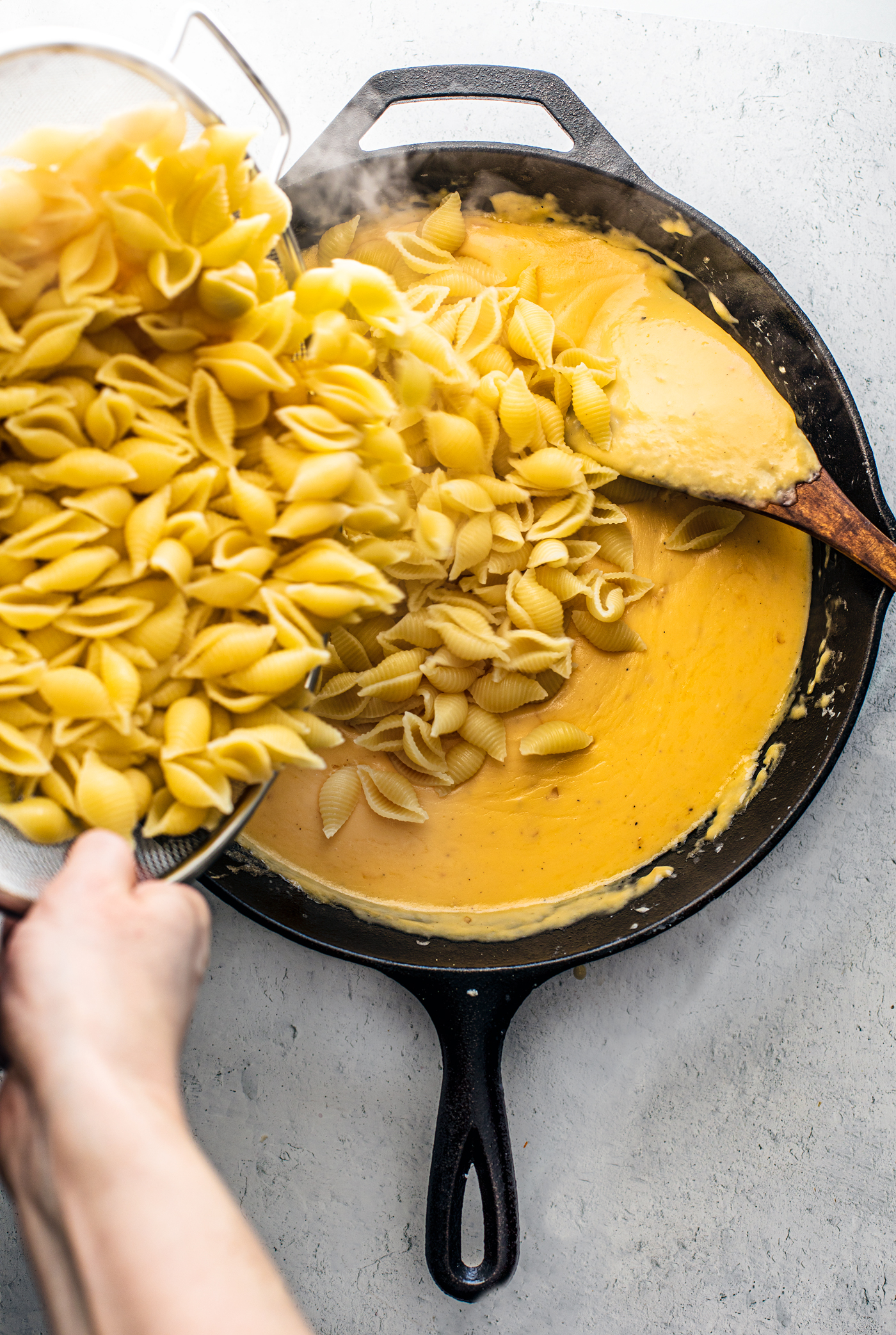 What should I serve with homemade mac and cheese?

Let’s be real: mac and cheese can totally be enjoyed on its own as a meal. But if you’re treating it as a side dish, you’re in luck, because this particular mac goes well with pretty much anything—making it a perfect potluck addition! But here are some things I like to serve it with here at home: 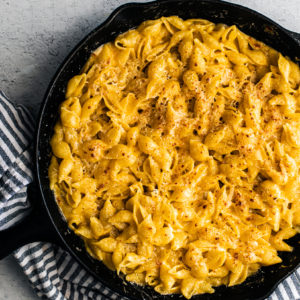