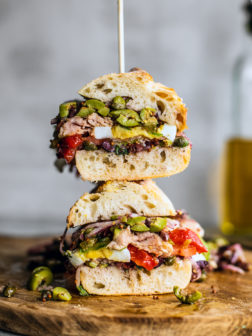 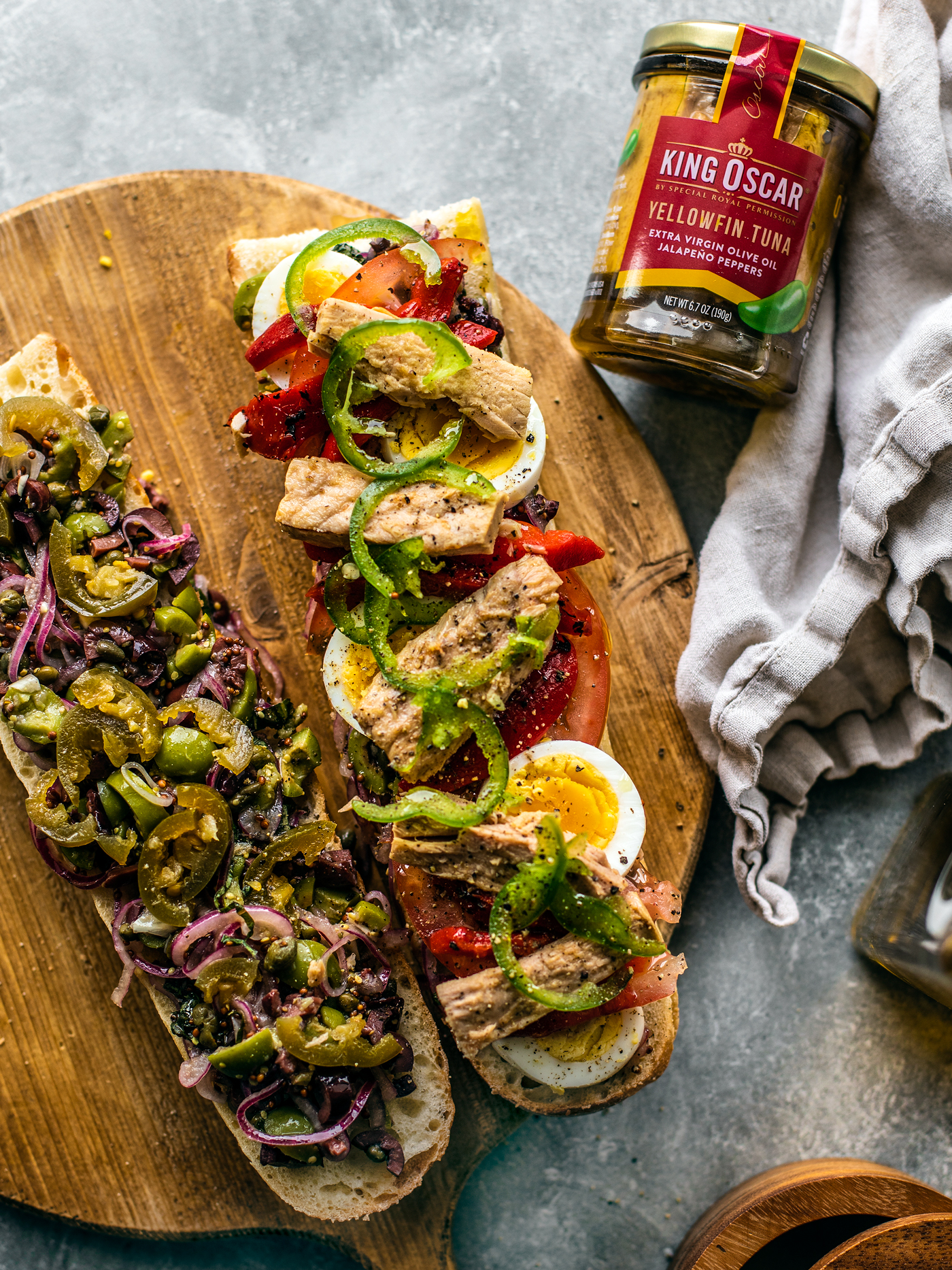 This post is sponsored by King Oscar | Thank you for supporting the brands I trust.

A Tuna Sandwich on a Whole New Level.

If this is your first time hearing about pan bagnat, your vision of the tuna sandwich is about to change forever. Pan bagnat is next level with its multiple layers of flavor. This sandwich is stacked with goodies, including briny olives, fresh veggies and, in my version here, crisp jalapeños. Though jalapeños aren’t part of a traditional pan bagnat, I wanted to compliment King Oscar’s Yellowfin Tuna in Extra Virgin Olive Oil with Jalapeños, which is the tuna I chose for this glorious sandwich.

What Is Pan Bagnat? Here’s What’s in This Sandwich.

The short of it? The pan bagnat is a tuna sandwich seen as a specialty in Nice, France. It’s sort of a riff off of the salade Niçoise. But the proper way to introduce this messy yet gorgeous sandwich would be to list all of the ingredients so you can imagine every drool-worthy bite. There’s definitely a lot going on here with the dressed up olive and onion blend, vegetables, and proteins. I’ve swapped the usual Dijon mustard out for a nice old fashioned stone ground mustard, and I’ve included thinly sliced jalapeños.

What’s in the dressing: 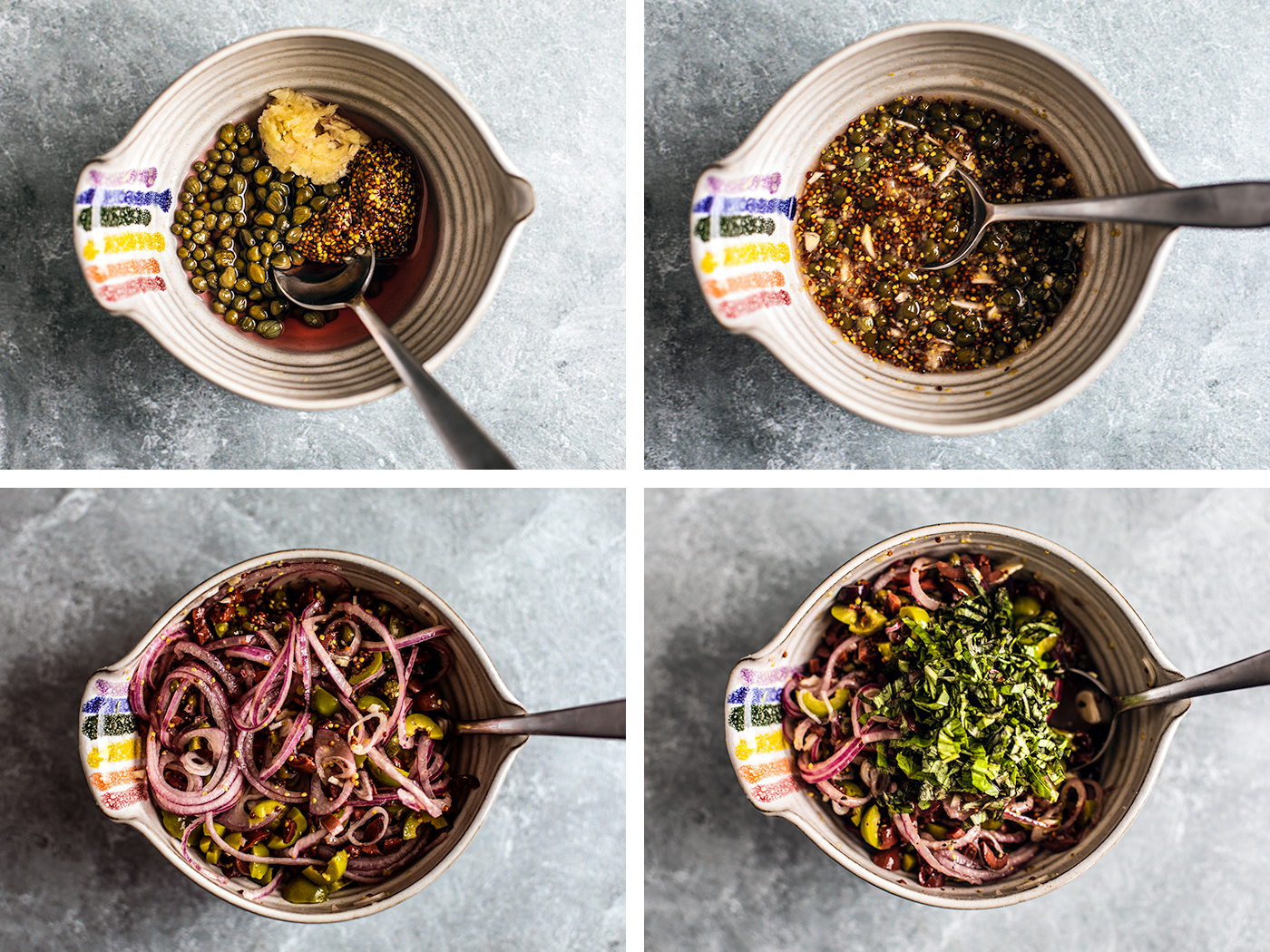 And for the sandwich:

Why King Oscar’s Tuna Is the Perfect Tuna for Pan Bagnat.

When a recipe boasts big flavors and fresh ingredients the way pan bagnat does, quality is everything. If you cop out on quality, it can kill the dish. King Oscar’s tuna guarantees an enjoyable bite every time. Unlike most fish in the canned seafood aisle, this sustainable yellowfin tuna is packed in extra virgin olive oil as tender meaty fillets, not flakes. The jalapeño variation I chose for this recipe includes gourmet green jalapeño peppers in the jar, which I’ve added into the olive mixture for extra oomph.

How to Make This Spicy Pan Bagnat With Yellowfin Tuna.

The Pan Bagnat is a bit of a process as far as sandwiches go, but it’s SO worth it. And unlike most ‘wiches, it can be even tastier the next day once the dressing and toppings seep into the thick crusty bread. Here’s what you’ll do to make this delicious pan bagnat: 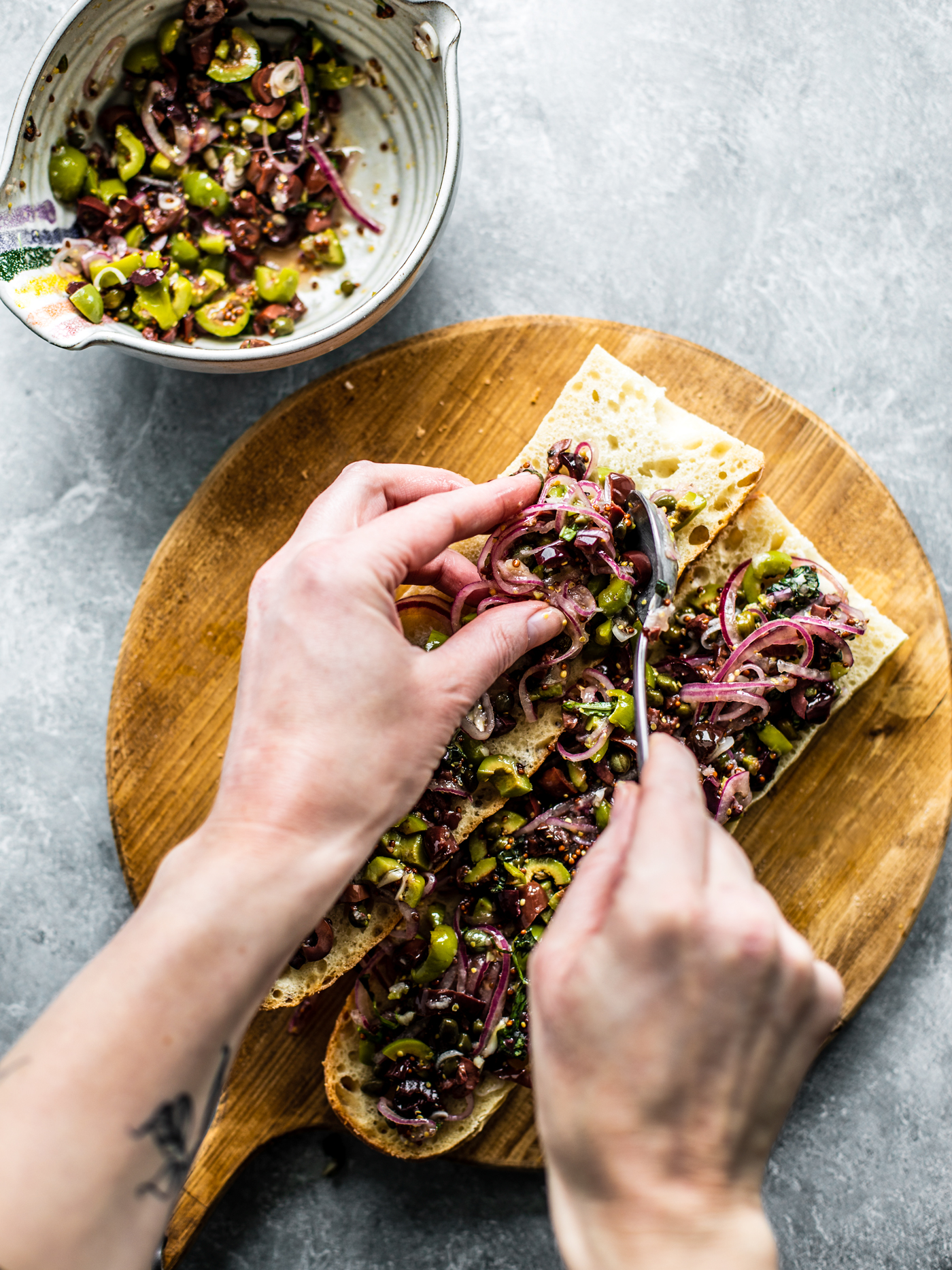 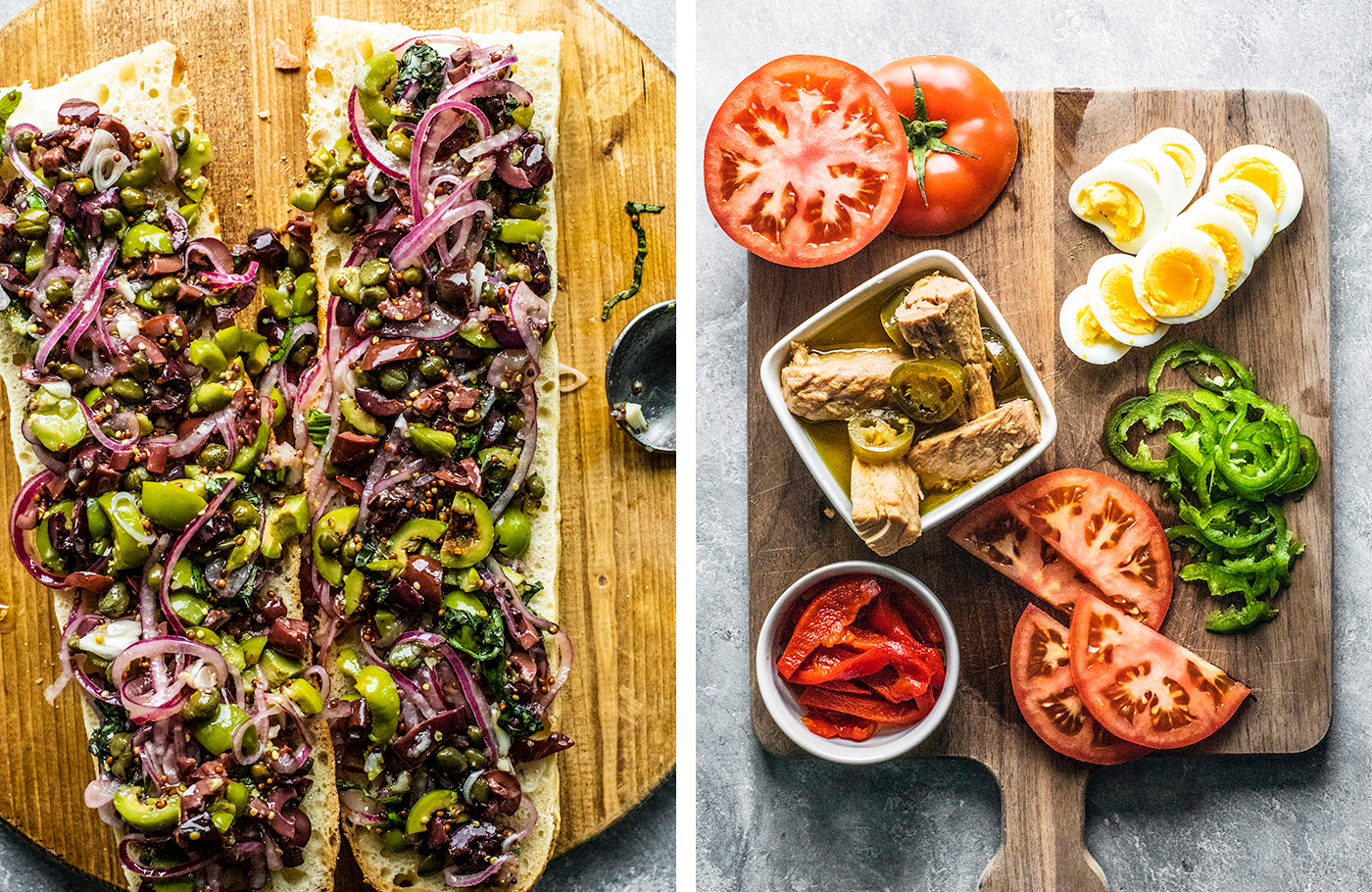 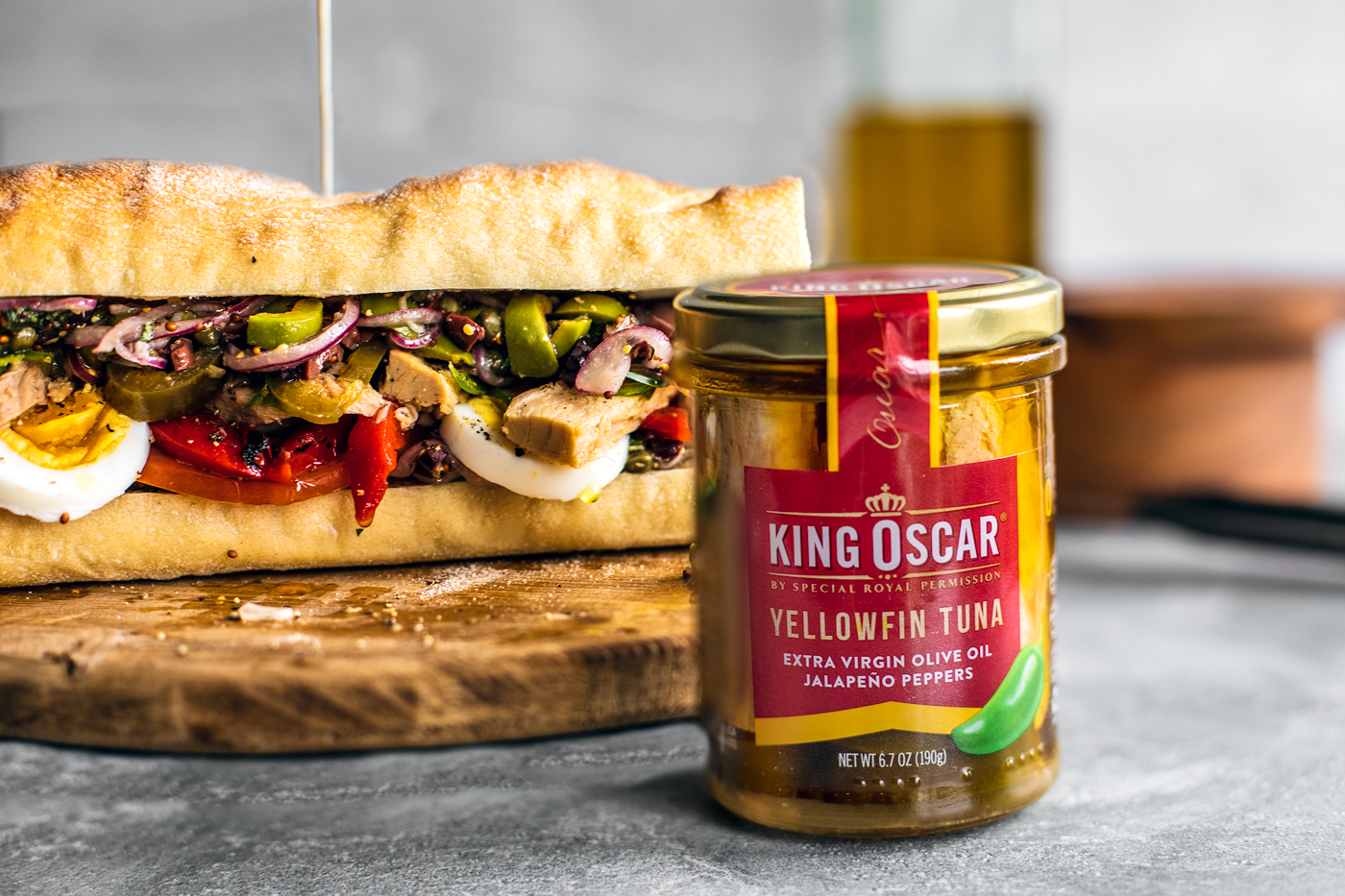 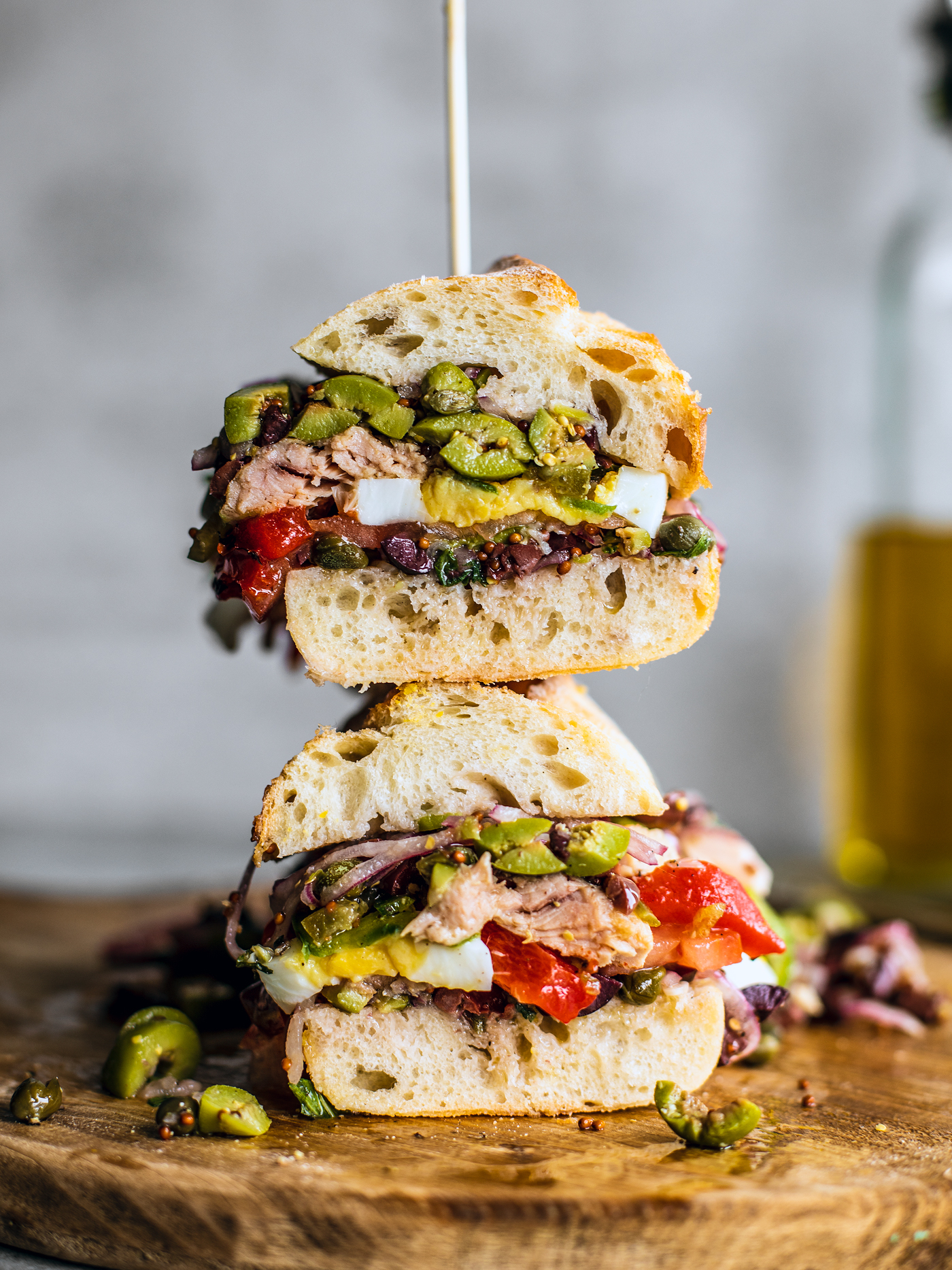 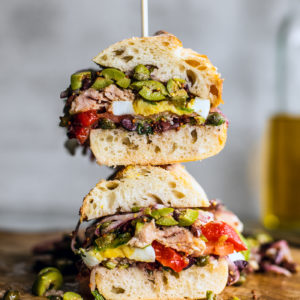