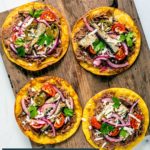 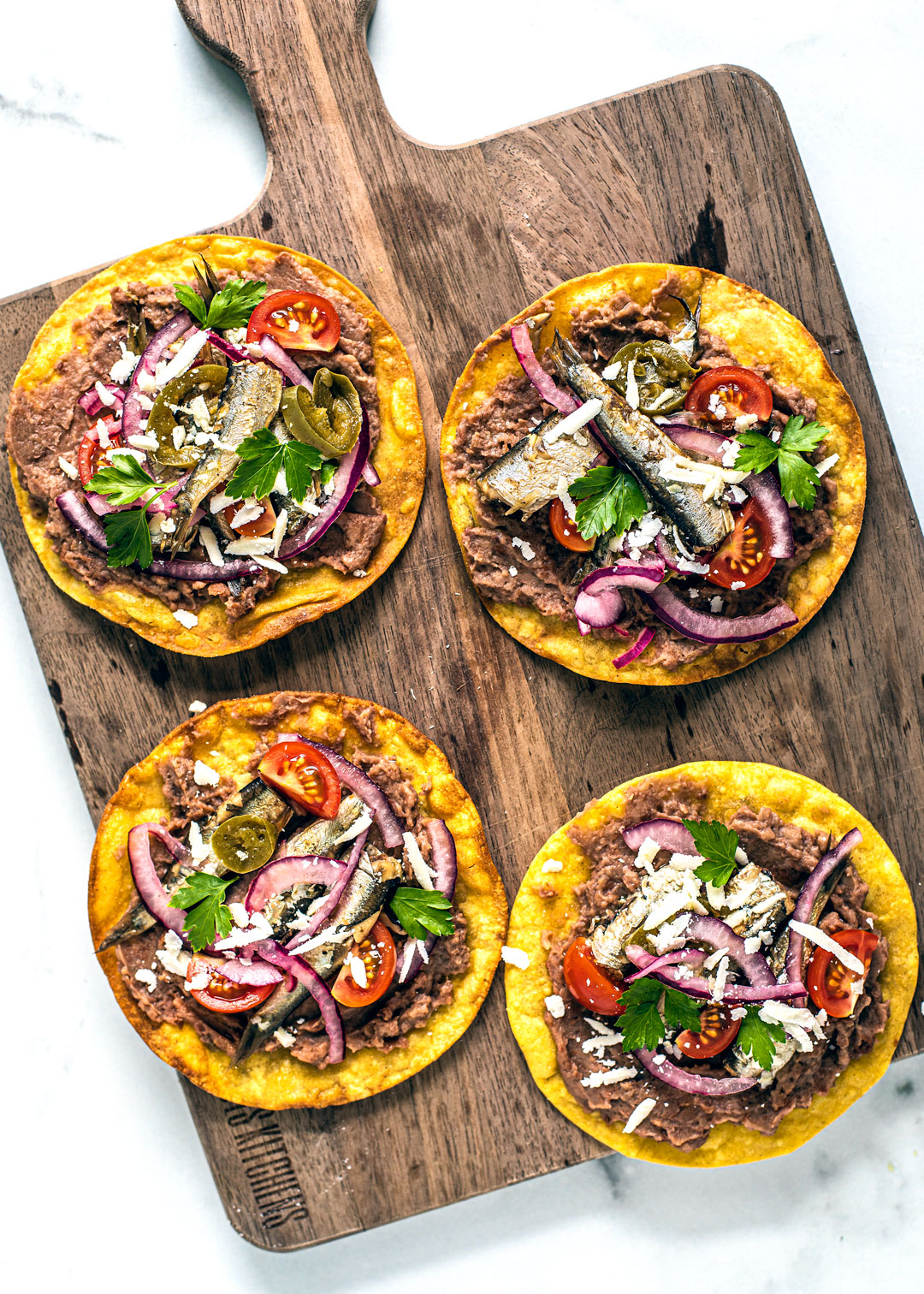 This post is sponsored by King Oscar | Thank you for supporting the brands I trust.

As much as we love an excuse to mow down tacos on a weekly basis, Tostada Tuesday just might become a thing around here. Using accessible pantry ingredients, this crispy treat can serve itself as a snack or a meal. It’s simple to put together, easy to adapt, and incredibly delicious. Though tostadas are considered a bit of a delicacy, they can be loaded with nutritious toppings to help make up for the fact that we’re eating a crunchy fried corn tortilla; King Oscar’s brisling sardines bring balance with a hefty punch of Omega-3 fatty acids. And their brisling sardines with hot jalapeño peppers were made for this recipe.

What is a tostada?

The Spanish word “tostada” translates to “toasted”. The base of a tostada is typically a flat or bowl-shaped corn tortilla that’s been deep-fried to a bubbly crisp. Most International ailes at the grocery store sell ready-to-use tostadas, but you can easily make them yourself by frying corn tortillas in oil on the stovetop. The crunchy base is then topped like a taco with all of your favorite fixin’s. 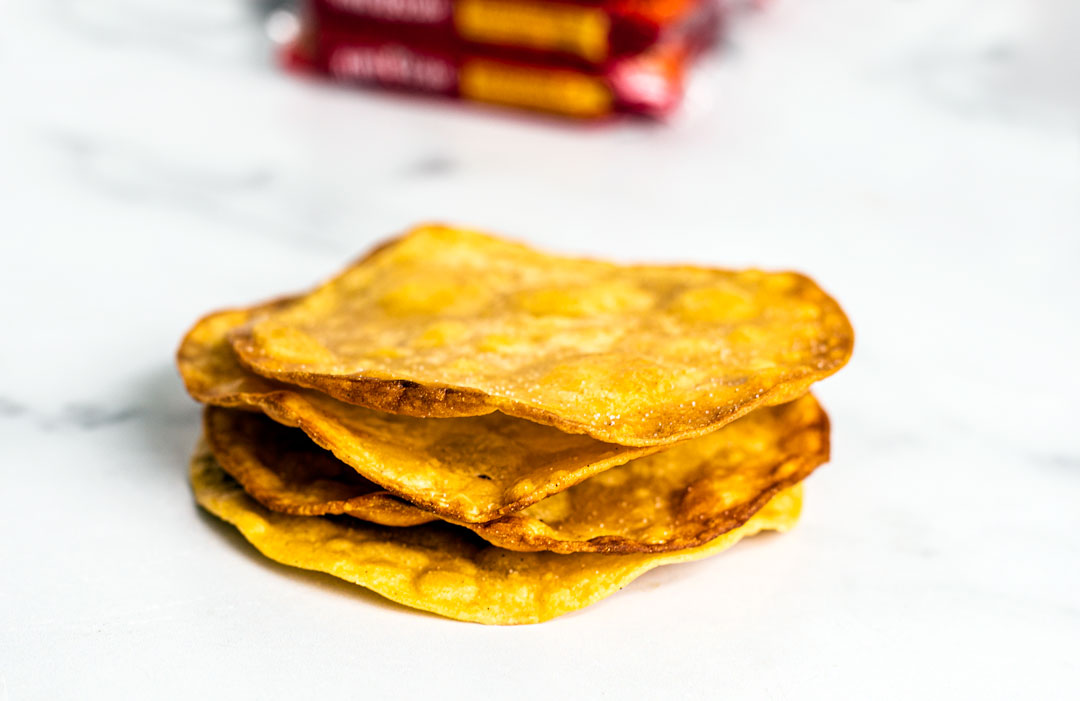 What goes on a tostada?

Anything you’d put on a taco can go on a tostada! But there is one thing to keep in mind: the tostada is fragile. So before you throw any toppings onto it, smear it with something pasty, like refried beans or guacamole. This keeps the toppings from falling off while being eaten. Plus, it adds a nice creaminess to your bite—not something you want to skip out on!

Here’s what we’re packing onto these spicy tostadas:

Other things you can add include beans, shredded lettuce, scallions, salsa, sour cream, pulled or chopped meats, and other seafood like shrimp and octopus. 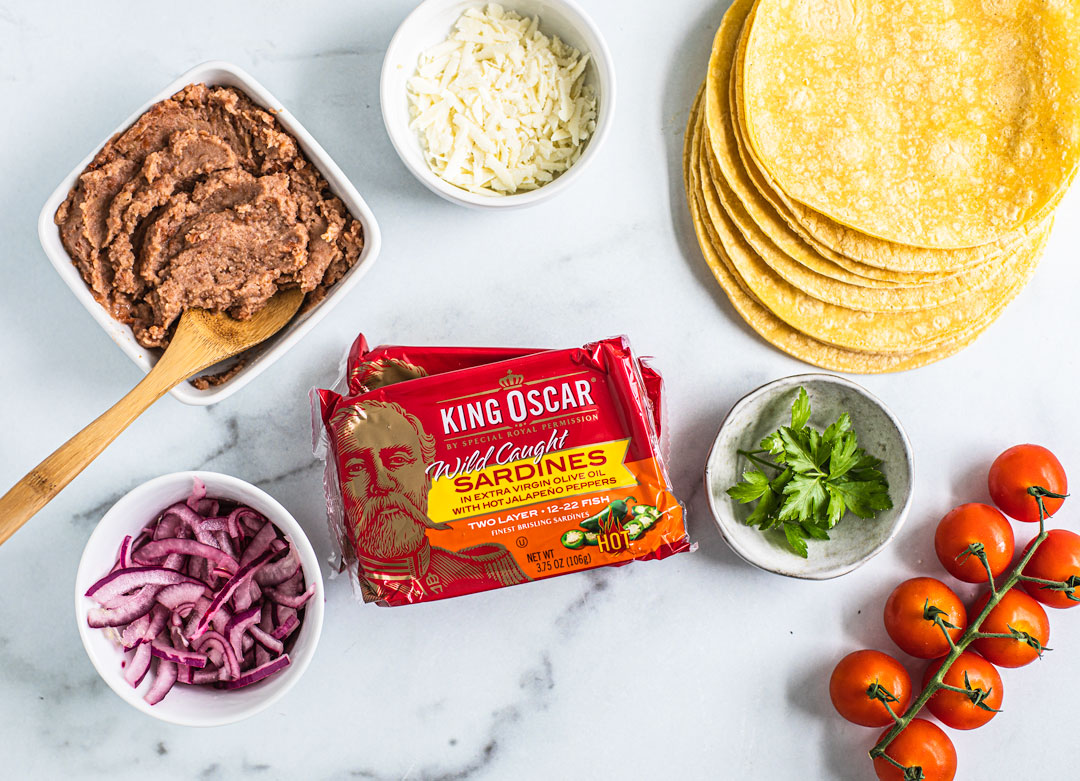 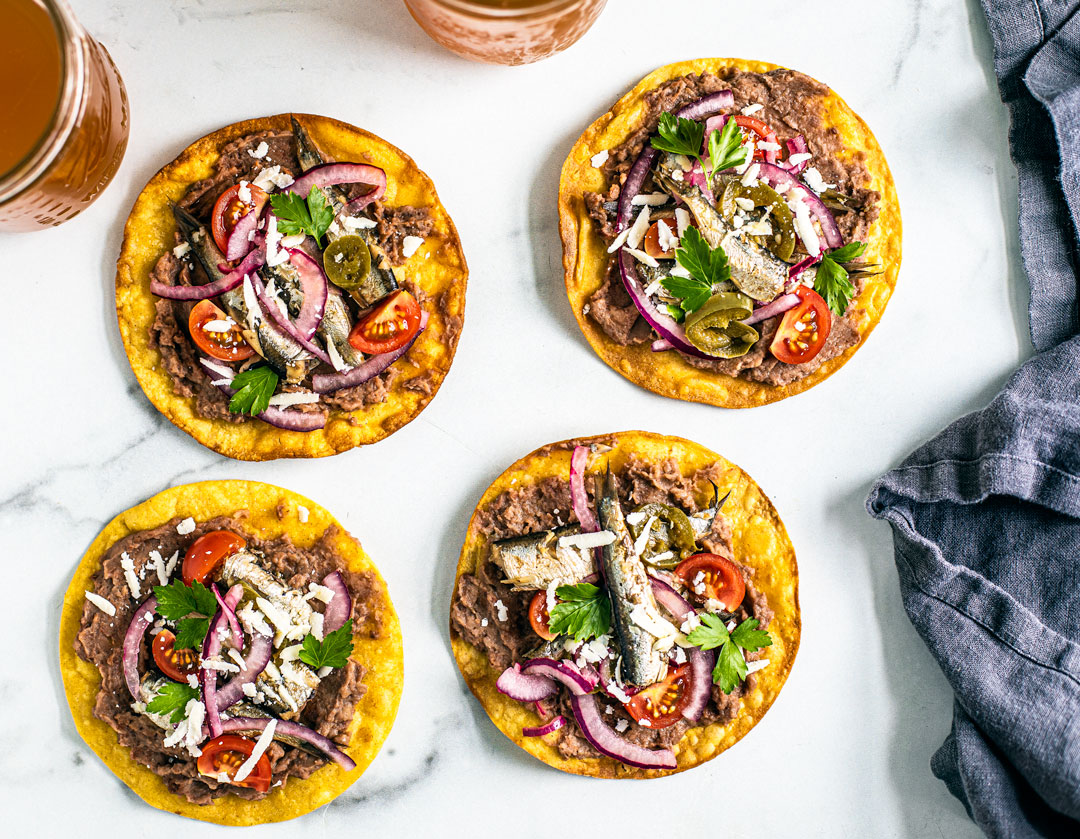 King Oscar Brisling Sardines with Hot Jalapeño Peppers are IT.

Biting into a tostada topped with King Oscar’s high-quality wild-caught brisling sardines will have you thinking they were made for exactly that: tostadas. They’re hand-packed in extra virgin olive oil with hot jalapeño peppers nestled at their sides giving them a welcomed punch.

King Oscar’s sardines are kosher-certified and sustainable, fished out of Norway’s fjords and coastal waters. 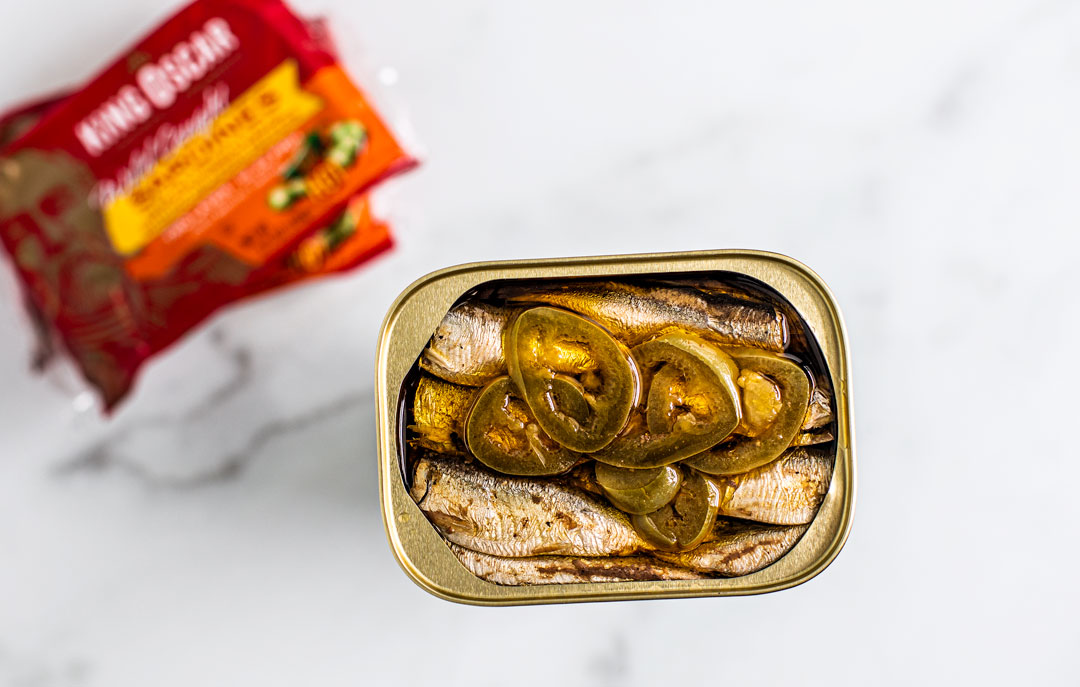 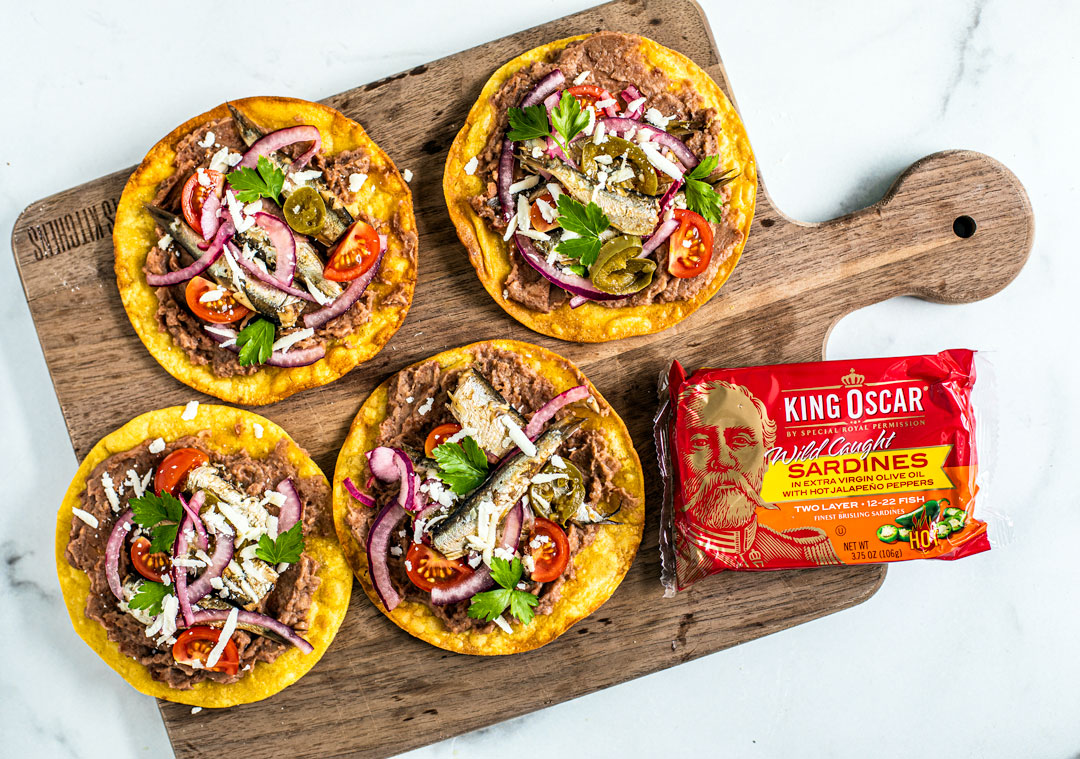 If you love Mexican-inspired King Oscar recipes, we’ve got more. 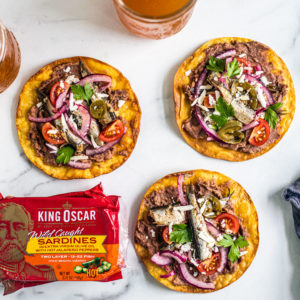