“I make the best seafood chowder!” He bellowed excitedly with smiling blue eyes.

“Really? What do you do?” I asked, having never braved a from-scratch chowder myself.

“I put a fillet of whatever white fish I’ve got in a baking dish, dump a can of clam chowder on top, and then pour a beer over it; then I bake it for about half an hour.”

I laughed as my internal sad trumpet went off.

That was Uncle Marc. Someone who found great pleasure in even the simplest things; someone who didn’t have much, but gave you everything.

A year ago today, he passed away suddenly.

Because of the age difference between him and my mum, I made him a proud uncle at the age of 11. 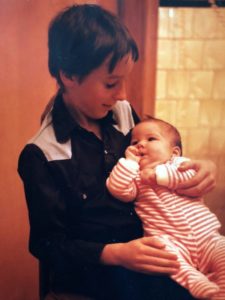 This was the first time he met me, and the way he looks at me in this photo is the way he looked at all of his nieces and nephews for the rest of his life.

He was the uncle who showed up to Sunday brunch at a quaint restaurant wearing a trench coat; he was the uncle that came up to you at Christmas, beer in hand, and smacked you on the shoulder yelling, “Hey, Merry KissMyAss!“; his hearty laughter filled the room, and it was damn contagious. He had a hard exterior with a most gentle core. 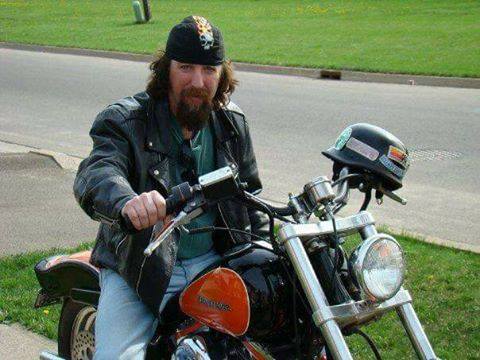 We’ve had many conversations about food. We’re a family that enjoys cooking, and we like to think we’re good at it; when he wasn’t banging on his drums or riding his motorcycle, he was likely in his kitchen making a monster pot of chili.

Or dumping a can of fish over more fish.

I wanted to give my uncle a nod by taking his idea of “the best seafood chowder” and creating a spin-off of sorts. I think he would have enjoyed a bowl of this good stuff — complete with a cold pint. 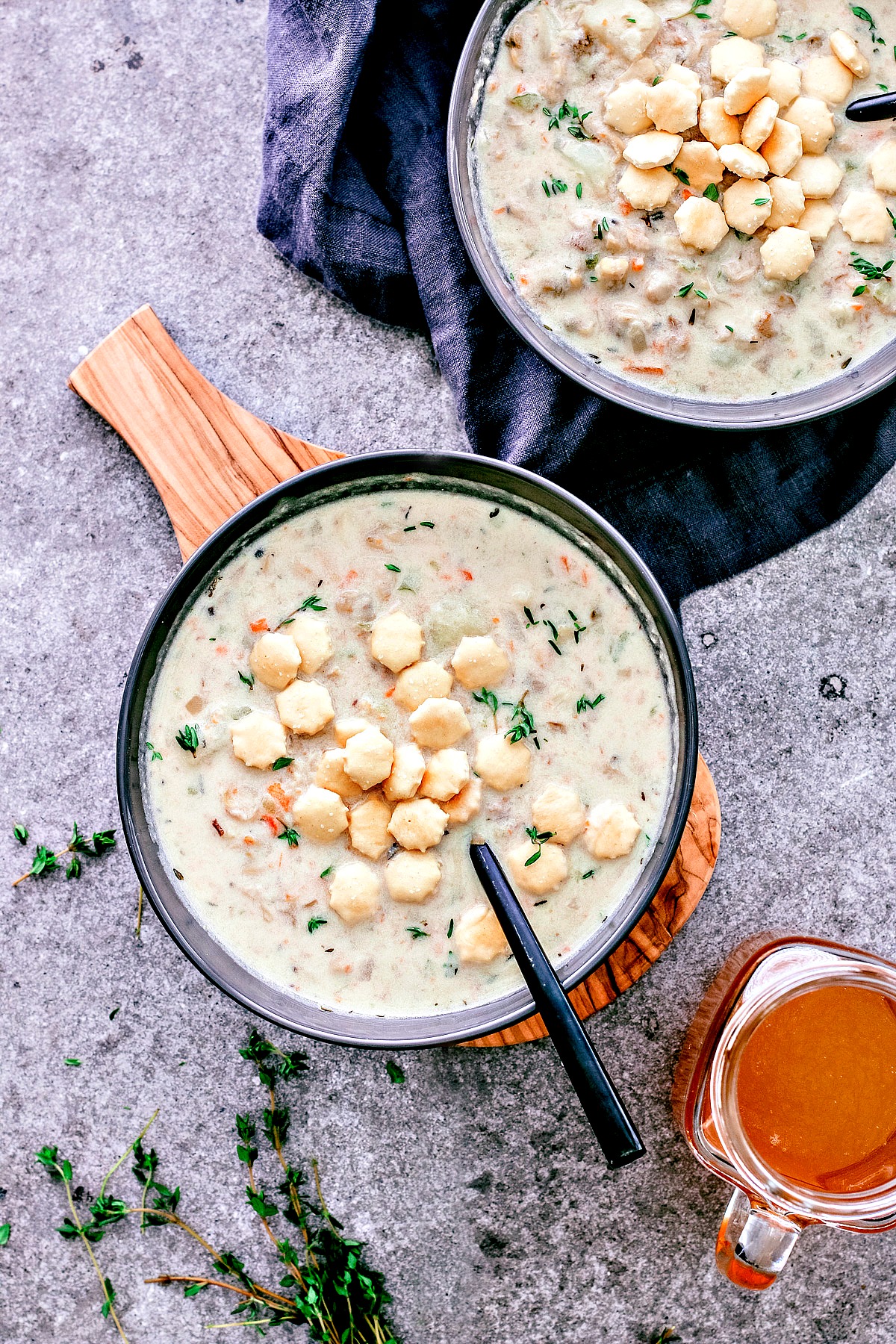 I used a fillet of white fish (cod) and beer, along with a hearty medley of smoked kipper snacks, celery, carrots, onions, potatoes, and clams. This soup is hella creamy, and hella hearty. I used smoked kipper snacks to replace the bacon since this is a pescetarian recipe, but feel free to sub-in bacon if that’s your jam. Also, I find that dried thyme does something special to soup while it’s cooking. So I went with dried thyme throughout the cooking process and garnished it with the fresh stuff. 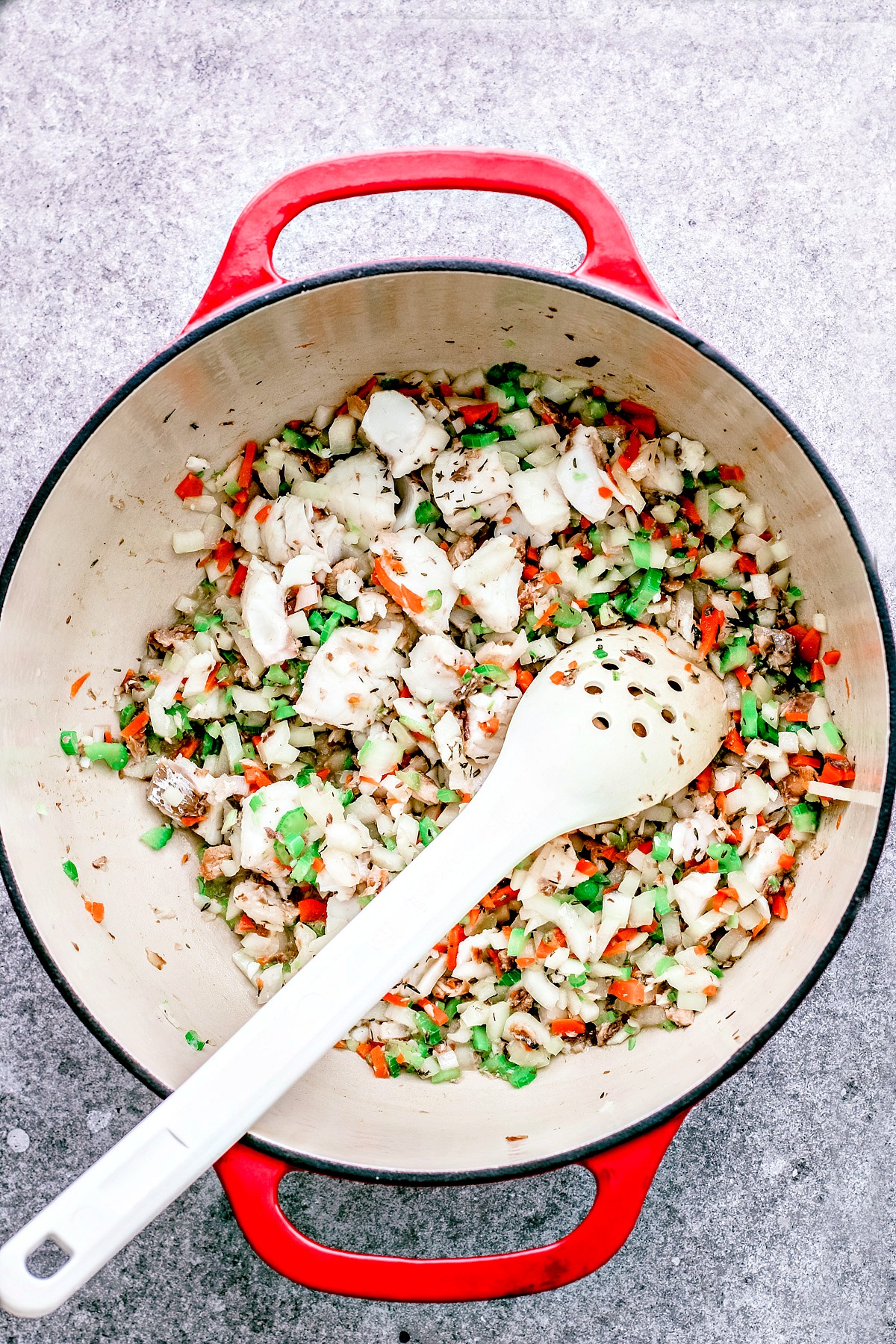 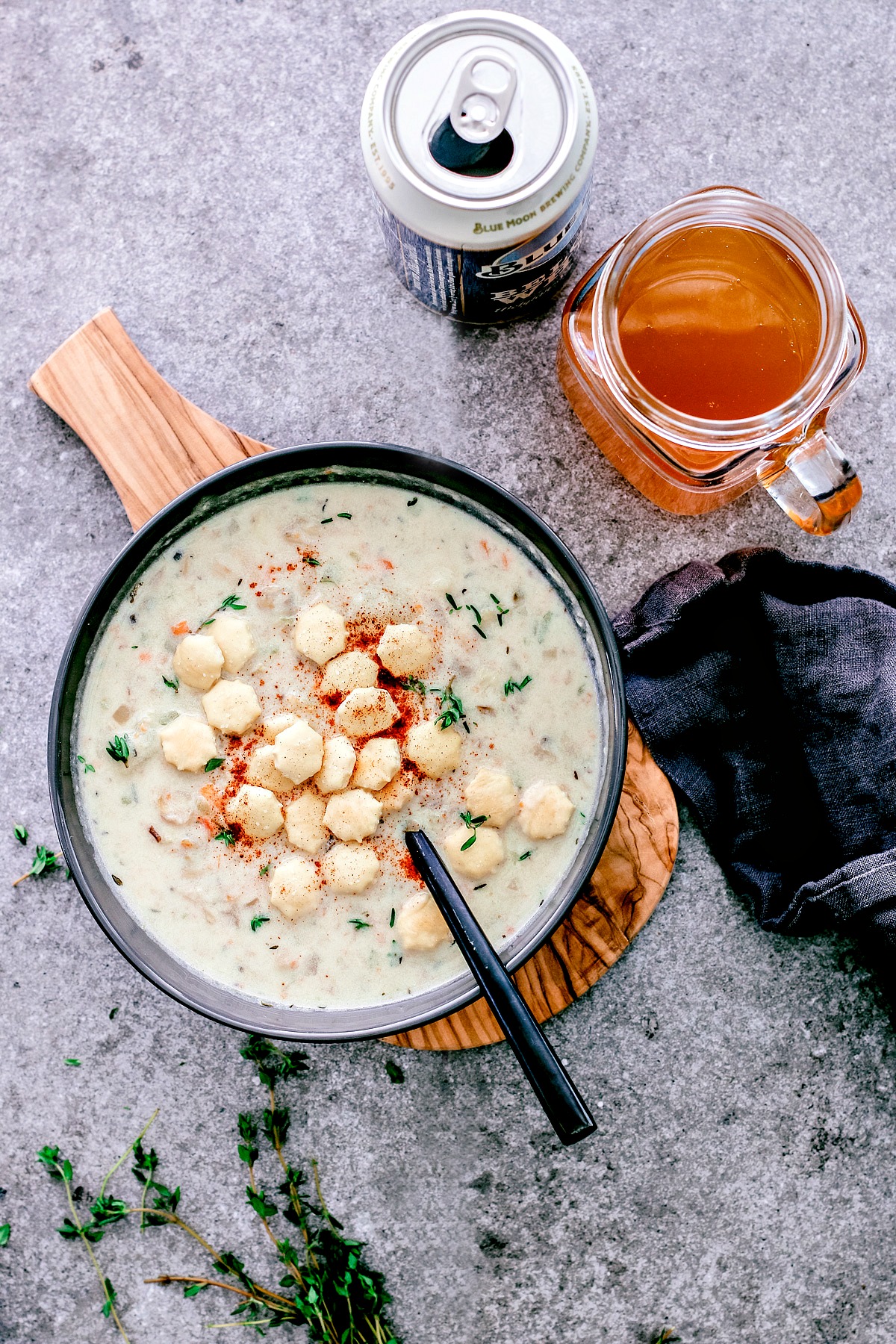 Is there a dish out there that reminds you of someone you’ve lost? What is it? Do you make it often?

If you make this recipe, please snap a pic and tag me on Instagram @killing__thyme! I love hearing from you <3 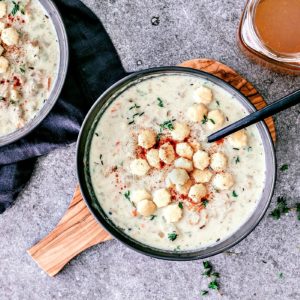 *If you're not pescetarian and want to use bacon, bring roughly chopped bacon to the pot in place of the kipper snacks and cook them until lightly crisped, then remove the bacon and set aside on a paper towel. Continue on with the rest of the steps, and stir the bacon in at the end with the clams.
Author: Killing Thyme
Course: Entree or Side, Main Course, Soup
Cuisine: Comfort Food, Pescetarian 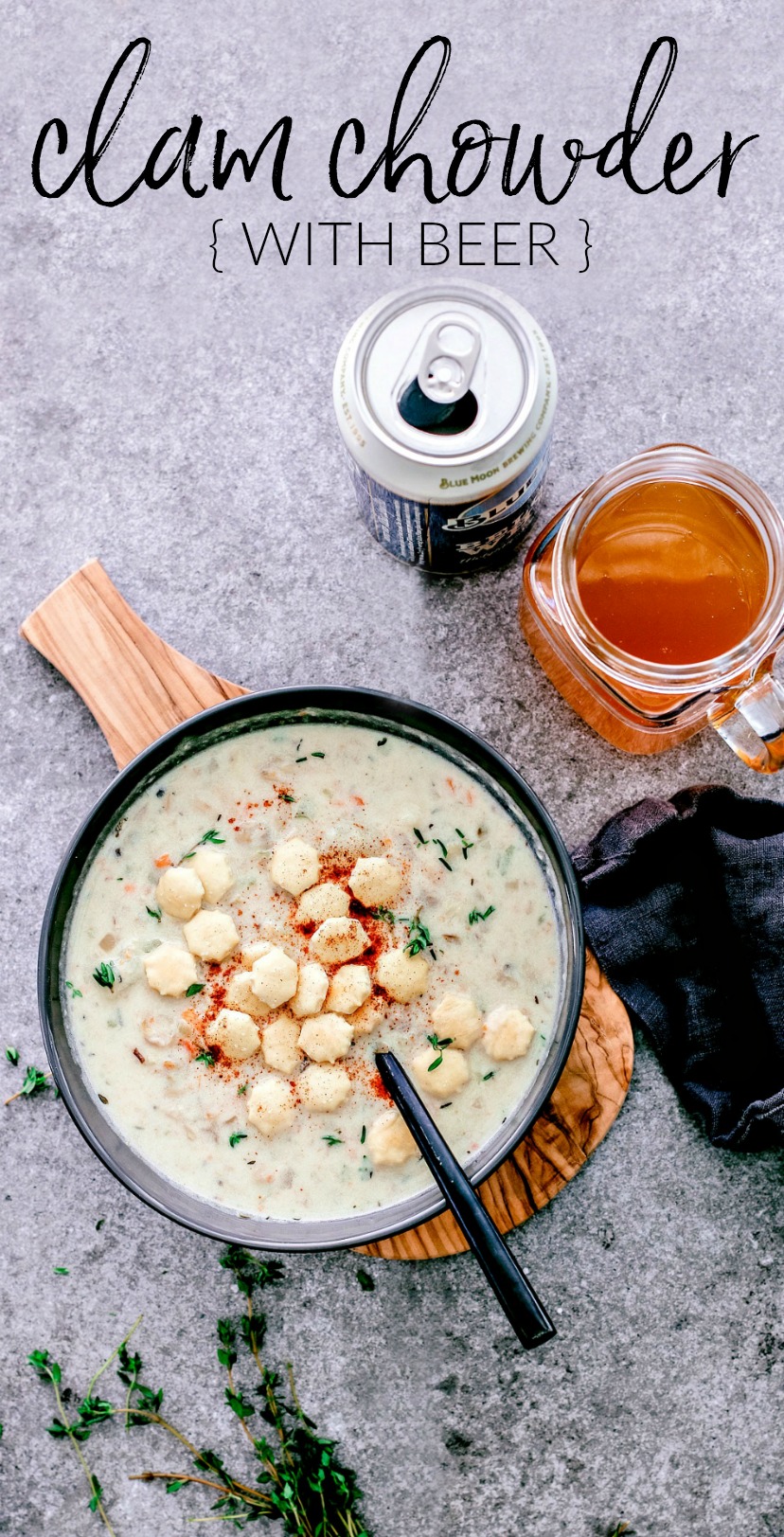