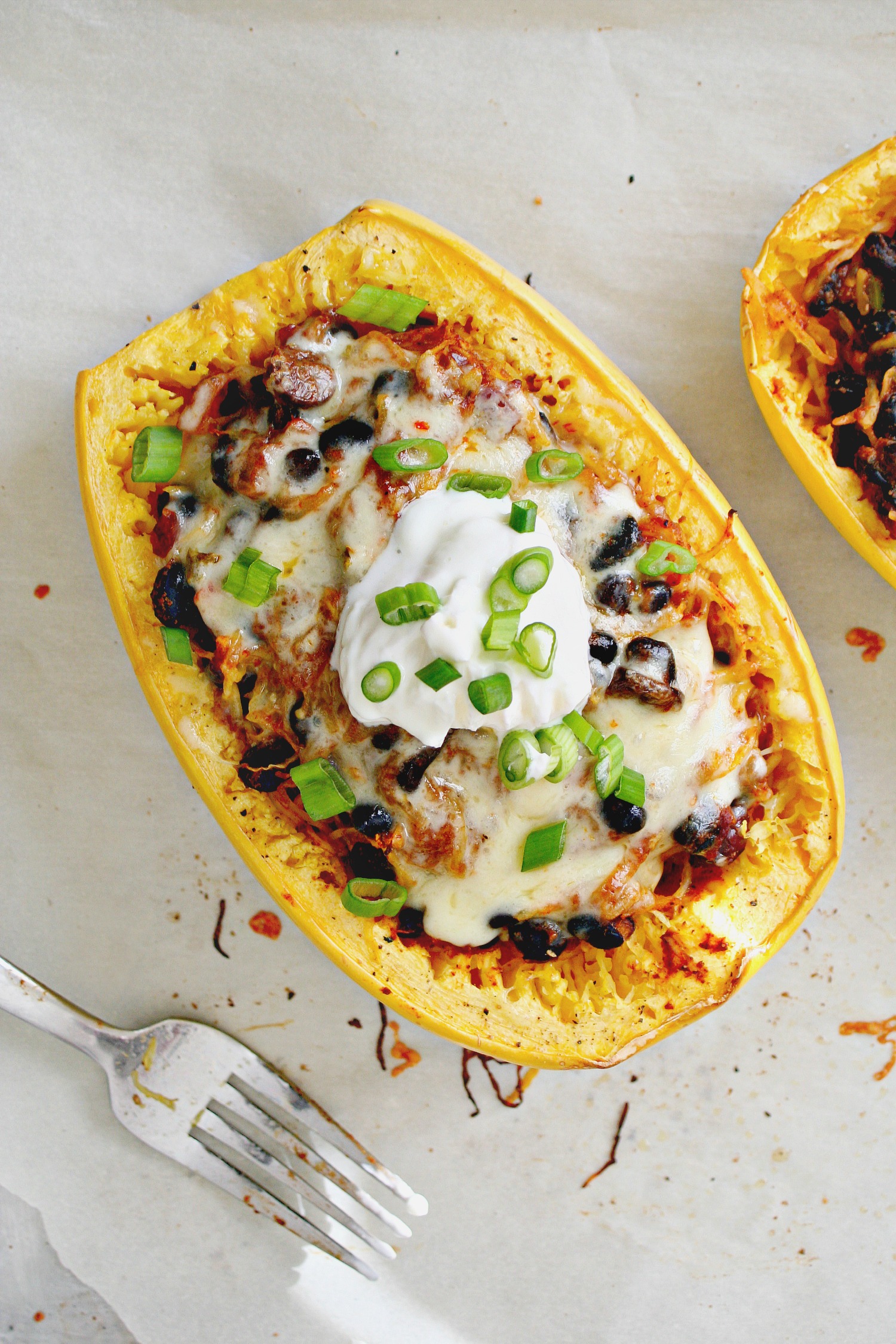 I’ll be brutally honest – and this is just my personal opinion – but I’m tired of seeing people talk about spaghetti squash as if it’s THE ultimate substitution for spaghetti because let’s be real: it’s nothing like it. Spaghetti squash is amazing, which is why I would love to see more people glorify it for what it actually is and stop making a sad and weird attempt at pasta out of it. Zucchini noodles? Yes. That shit works. It has the same length, shape, and density as linguini. If you’ve been using spaghetti squash as a sub-in for spaghetti and nothing but, please step outside of that box. You will be so happy that you did.

But I mean…if you really love it, and it’s your thing, then that’s cool.

Upon digging into this Tex Mex Spaghetti Squash I realized that living on a mostly plant-based diet is, in fact, going to be exciting and full of surprises. I could not believe how tasty this dish was. It was like eating a bowl of nacho toppings with a fork – which is basically a dream, am I right?

To add to the mega-delicious-yet-totally-guilt-free factor: that dollop of sour cream isn’t actually sour cream – it’s plain Greek yogurt. And the melted cheese? Well, that’s definitely cheese, but I only used 1/4 cup per squash boat of shredded pepper jack and it created the ooey-gooey mess I was longing for. So, I win. Really. I feel like a winner in this.

And on a scientific note, this dish is a great way to get your iron on because, albeit the beans are a non-heme source of iron, I fried them in a cast iron skillet with some Vitamin C to increase that absorption. BOOM. Ironed. 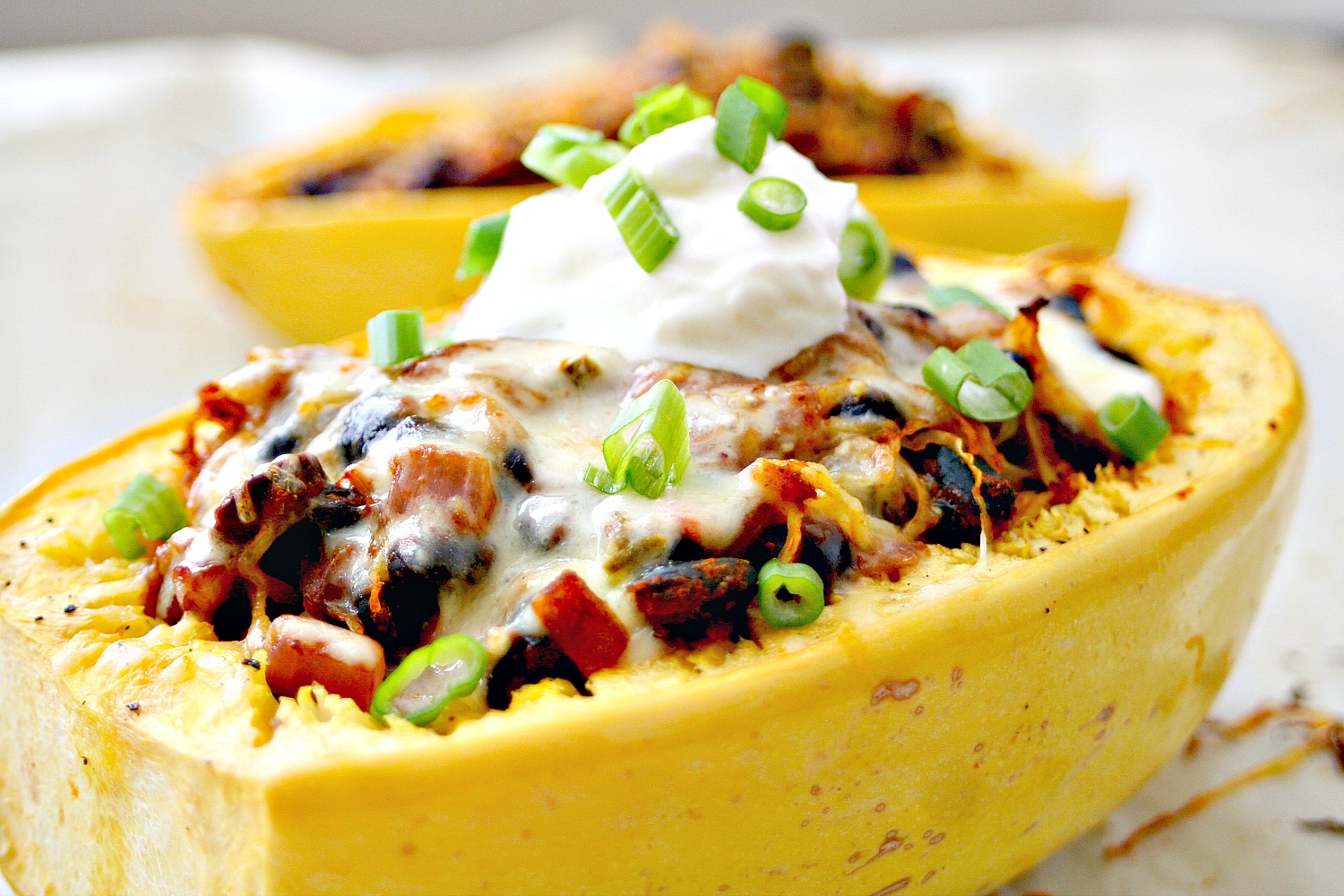