Pan Fried Pork Chops With Pear and Ginger Sauce have a warming sweet and savory flavor profile. These skillet pork chops are a perfect way to kick up weeknight dinners!

Throughout my childhood, pork chops were served one way: smothered in cream of mushroom soup. As a result, I didn’t care for them much; I couldn’t imagine them any other way. Fast forward many years and kitchen experiments later, I discovered that pork chops are a pretty versatile piece of meat after all! You can slather them in honey garlic sauce, cook them with apples and cranberries, or simmer them in a creamy mustard sauce. Endless possibilities. So, I took it upon myself to come up with my own sweet and savory spin with these Pan Fried Pork Chops With Pear and Ginger Sauce. 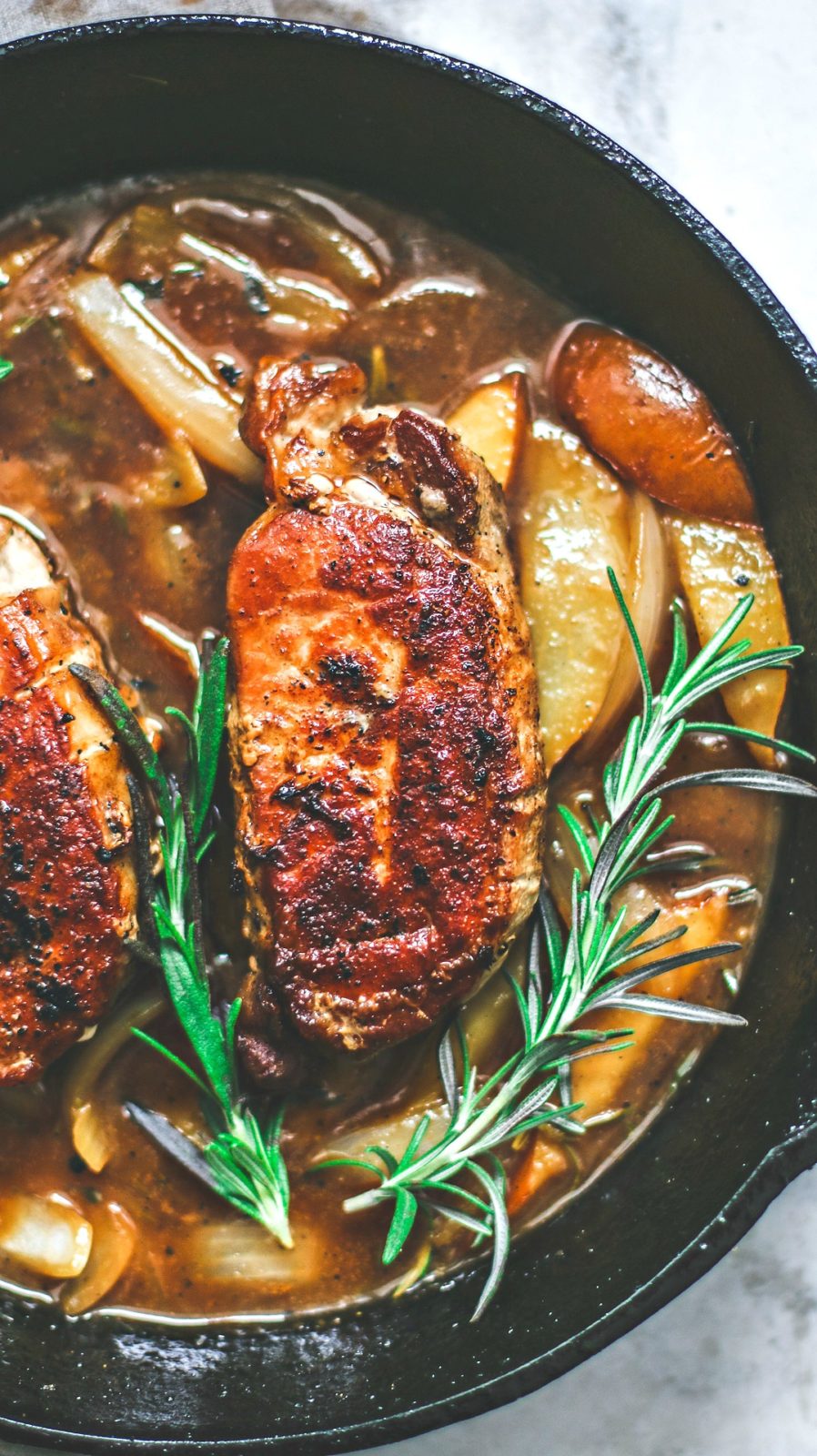 Pork isn’t something we eat often in our house. When we do, we hit up our local butcher or seek-out Welfare-Certified brands to ensure that we’re getting the best quality cuts while supporting happy farms. These cuts were tender and had *just* the right amount of fat for a nice crisp sear.

This recipe is great for this time of year. It has warm flavors to help us get through these last days of winter, and it’s something different than what we’re used to. 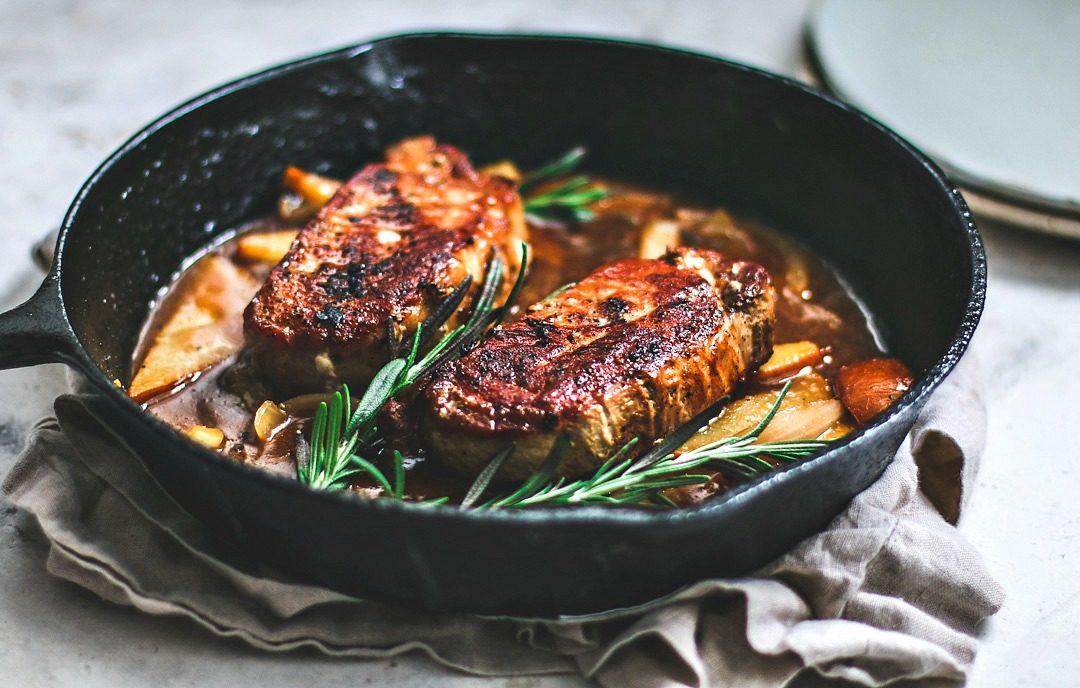 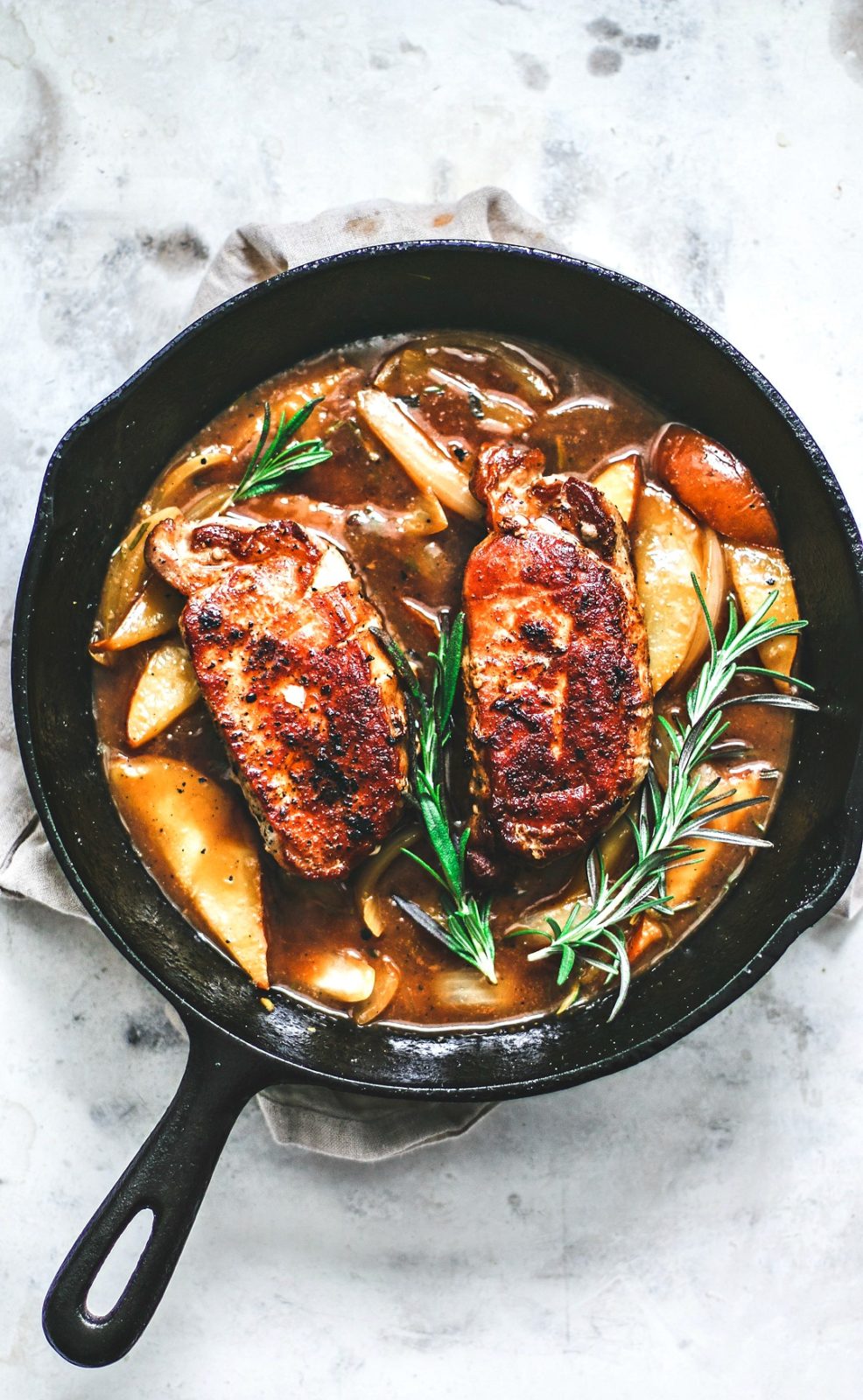 Love the ease of skillet foods? Try my cast iron Pesto Chicken Pizza and this addicting recipe for Beans and Greens with Buttery Parmesan Toasts.

Here are some other awesome skillet meals… 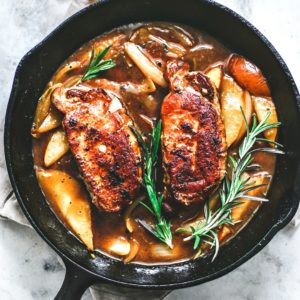 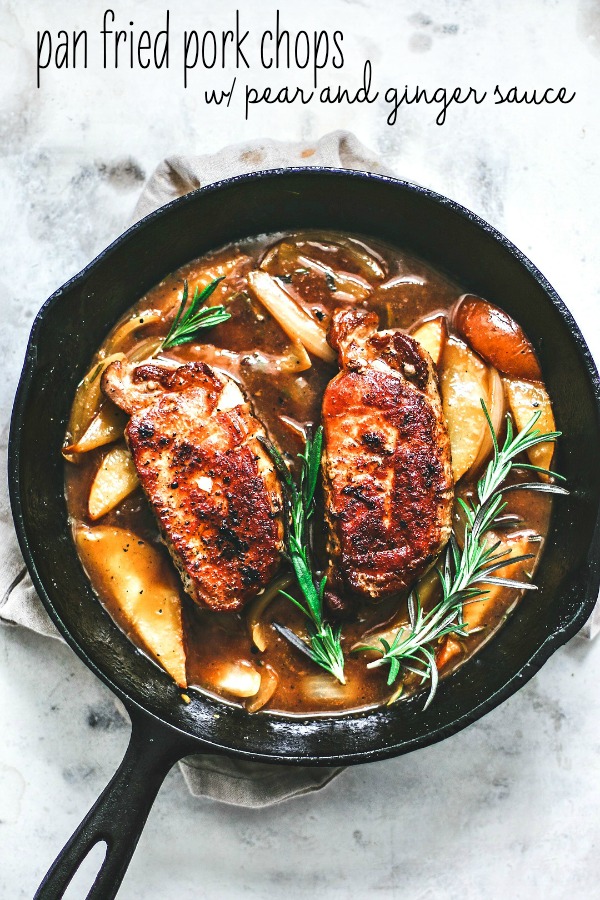