I just now realized that with Taco Tuesday being tomorrow, and Cinco de Mayo being Friday, this is a damn good day to post a taco recipe. It likely won’t compete with the margarita round-ups and enchilada recipes circulating the Web since this isn’t the most traditional of taco recipes, but I think some folks have lost sight of what certain traditions mean anyway; so maybe this plant-based twist has a chance after all. 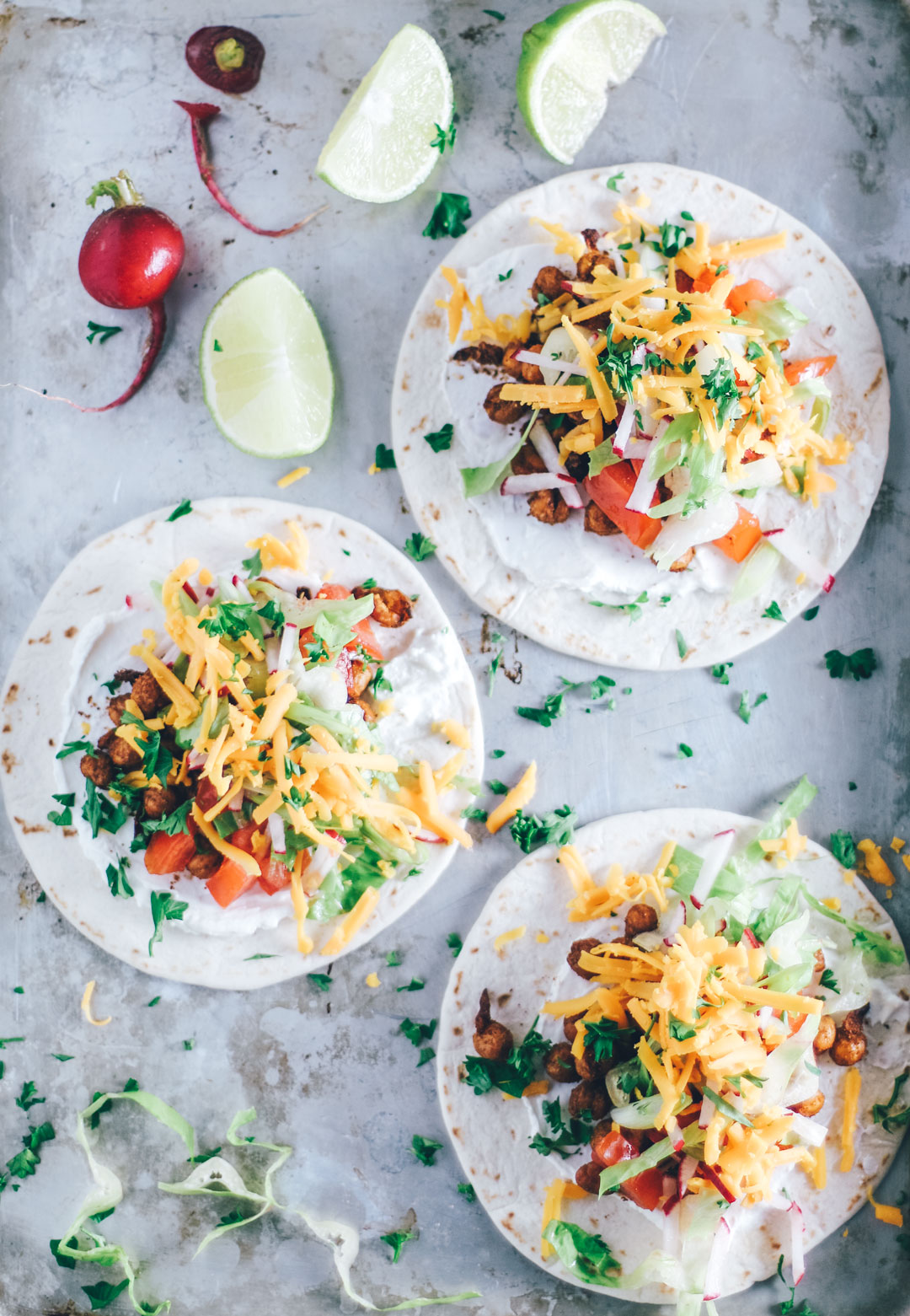 While people in the US are eager to plan their Mexican-themed hooplas, Cinco de Mayo has seemingly taken on a different meaning to them: the celebration of Mexican-American culture (it’s also been mistaken for Mexico’s Independence Day which is actually on September 16).

While some use this holiday to slam back Coronas with lime and mow down tortilla chips while drunkenly swinging at piñatas (sorry for the finger-wagging, but bros…), Mexico remembers their unlikely victory over the French forces in the Battle of Puebla on May 5th, 1862 with military marches, music, parades, and a lot of damn good food.

Though anyone from any nationality is welcomed (and encouraged!) to commemorate, consider nixing the sombrero as some sort of funny accessory. Instead, take the opportunity to learn about Mexico’s history and appreciate the celebration for its national unity and patriotism!

Okay. Take this soapbox away.

Now. About these smokey and crispy plant-based tacos that have no relation to Cinco de Mayo… 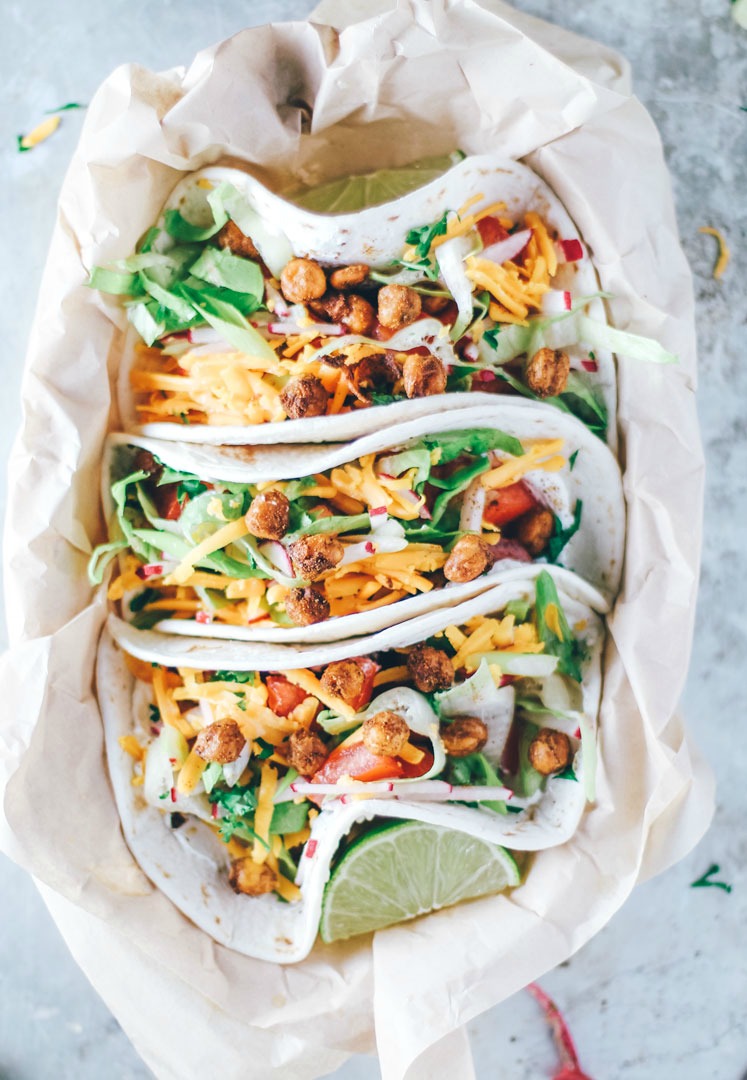 My favorite thing about these bad boys is that they’re just as enjoyable in the heat of summer as they are in the dead of winter; the flavors are bright yet warming. They can also be thrown together in a snap! Once your chickpeas are all nice and toasty, game on.

I use an air-fryer to cook my chickpeas because it makes life easier. If you don’t have an air-fryer, definitely plan this a bit in advance so you can take the hour to roast your protein in the oven. It’s worth it, belieeeeeeve me.

This taco recipe is actually quite similar to my now famous (thanks, Buzzfeed!) Taco Grain Bowl With Crispy Chipotle Chickpeas. <— I highly recommend giving that a go, too. Bowl meals are ah-mazing; especially when you’re a multi-tasker like me and work through your lunch break. 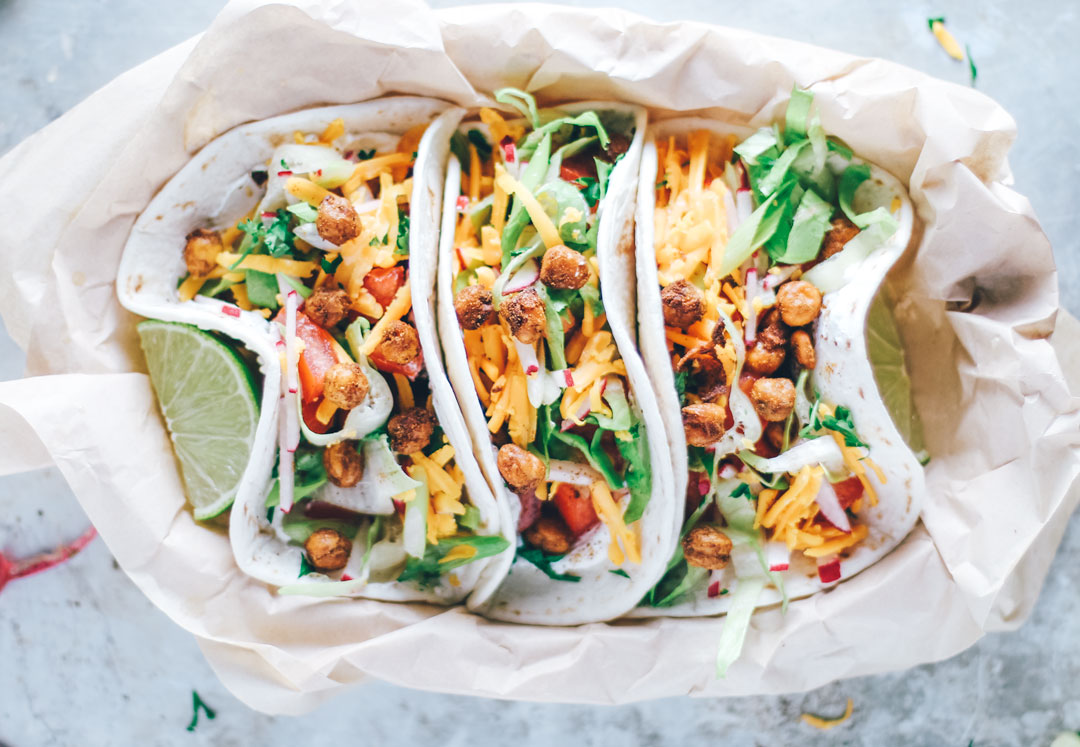 You can obviously garnish your tacos with whatever the heck you want, but I like to keep it pretty simple in this recipe because I want the smokey chipotle flavor to be the star. I’ve found that just some Greek yogurt (or sour cream), diced tomatoes, chopped lettuce, julienned radishes, shredded cheddar, and a few smacks of chipotle hot sauce create perfection. Oh, and a spritz of fresh lime juice, obvi. 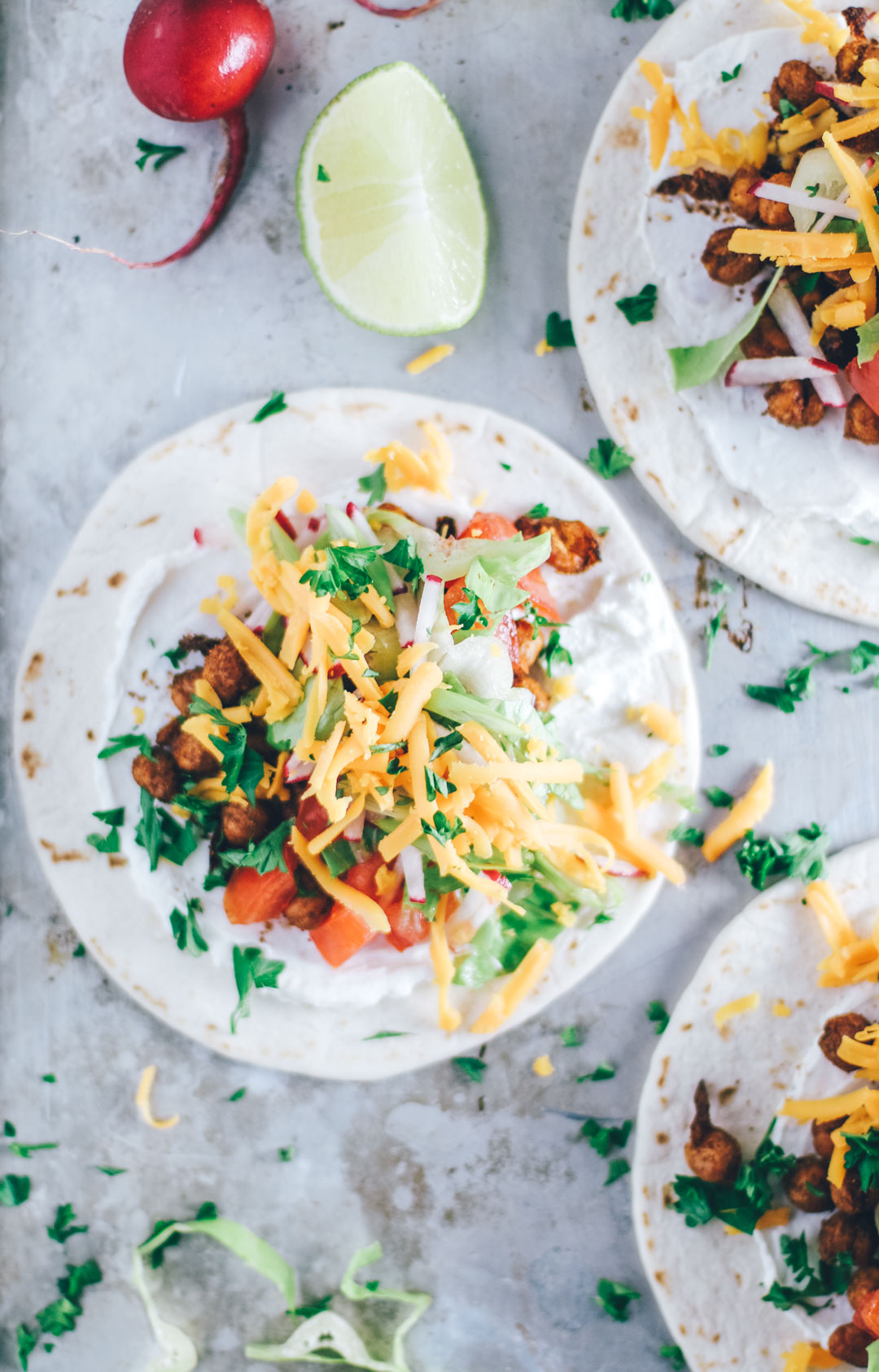 Making this recipe? Snap a pic and tag me on Instagram: @Killing__Thyme /#killingthyme. 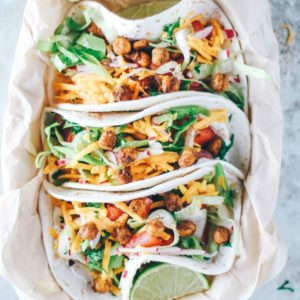 Toppings (amounts cary to your taste):

Roasting in the oven: