Since this recipe was originally posted, this blog has shifted it’s focus to the pesco-vegetarian diet. I’ve decided to keep a few popular meat recipes in my index for your convenience, but if you like this recipe and want  to try something meatless, check out my Vegetarian Stuffed Peppers With Lentils, or my Best Quinoa Stuffed Peppers! Thanks for stopping by.

Growing up, I was not a fan of stuffed peppers at all. Most of the stuffed peppers I’d had were poorly seasoned, the meat to rice ratio was off, and they relied on a bath of tomato sauce for flavour. However, the idea of a pepper stuffed with meat, rice, sauce, and cheese seemed so right. So, I took it upon myself to create my own version and I spruced things up a bit. Instead of using ground beef only, I decided to throw some sweet longanisa sausage into the mix. I also like to add chopped up mushrooms, diced tomatoes, and then of course some tomato sauce and rice. Because of the sweet longanisa sausage, I’m pretty light on the seasoning – I add a bit of onion powder,  garlic powder, sea salt and ground black pepper. Nothing fancy – stuff you probably have kickin’ around in your drawer!

Another thing I like to do is char my peppers on the grill before serving. It brings out awesome flavour and it tenderizes the peppers nicely. That step is totally optional, but I like to include it as an “official” part of this recipe since it’s a step I would never skip. 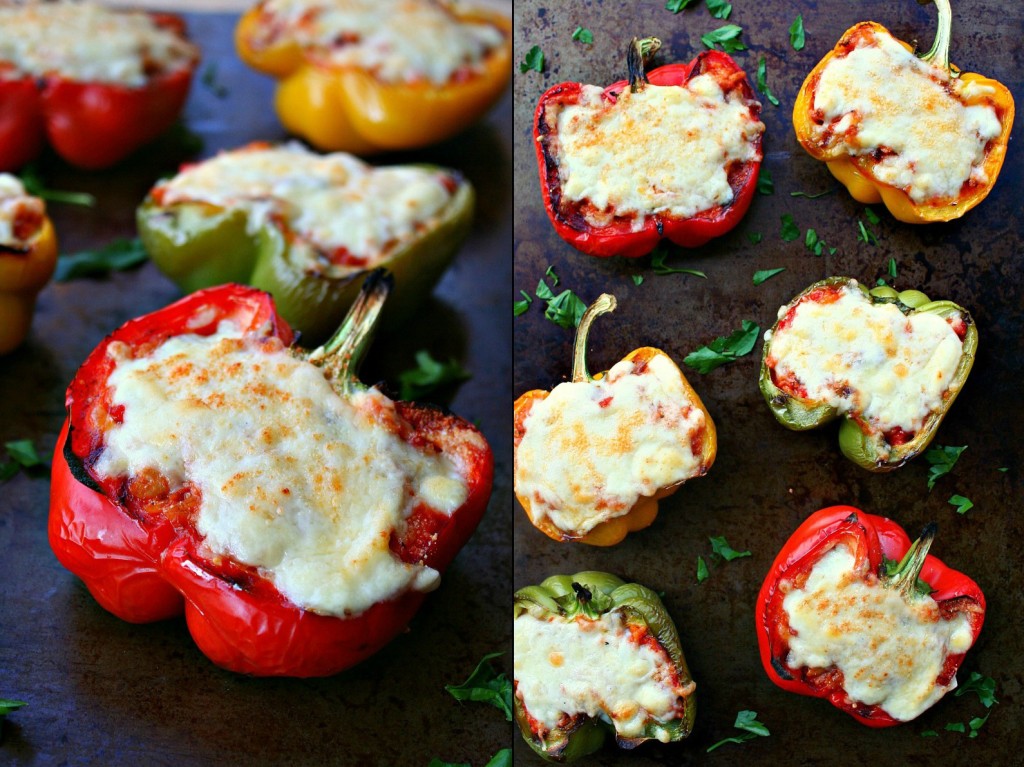 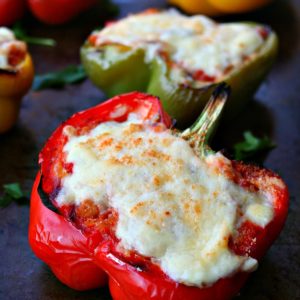