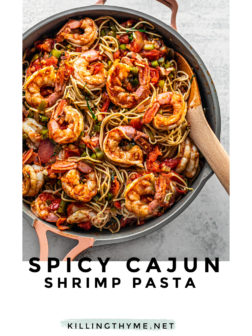 This simple 30-minute Spicy Cajun Shrimp Pasta is the perfect way to kick things up on those mundane weeknights. 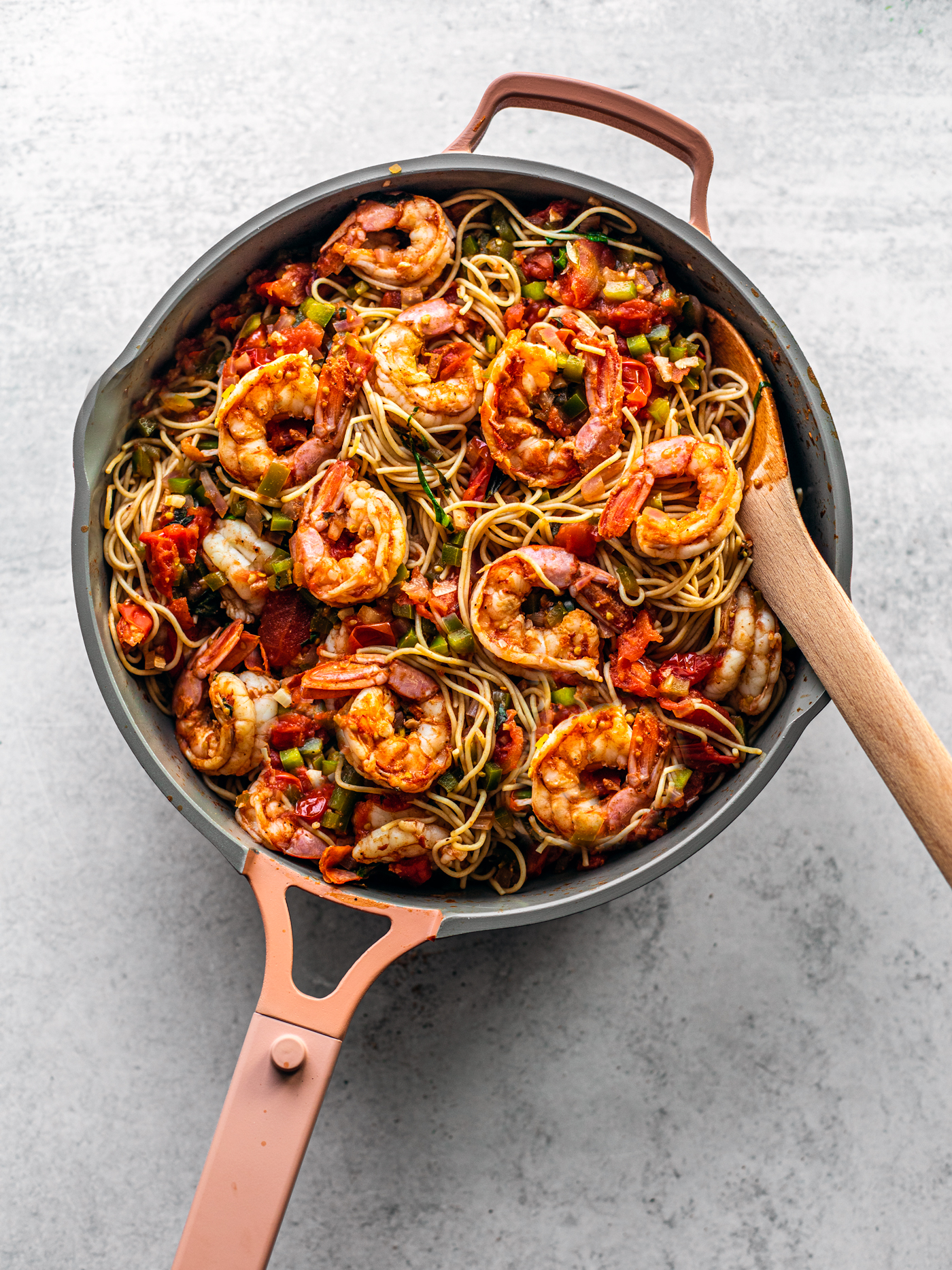 Cajun Shrimp Pasta Gives You Restaurant Vibes on Any Given Weeknight.

Spicy, tomato-y, noodle-slurping goodness. This dish is a TREAT. It’s light on sauce but heavy on flavor, and it really shakes things up on pasta night by adding the bold and fiery flavors of Cajun seasoning. Afterall, Cajun cuisine is adventurous with its West African, French, and Spanish roots! So let’s dive in.

We Go Light on the Ingredients With This One.

A lot of Cajun pasta recipes include chicken and a heavy creamy sauce. Which is a total dream, obviously. But I wanted to offer up a lighter version that packs just as much flavor—and this is it, friends. You won’t be disappointed. The tangy sauce is a simple simmered blend of veggies that coat your noodles lightly, and every bite of seasoned shrimp hits you with a wave of welcomed heat. It’s so damn good. Here’s what you’ll need to make this Spicy Cajun Shrimp Pasta: 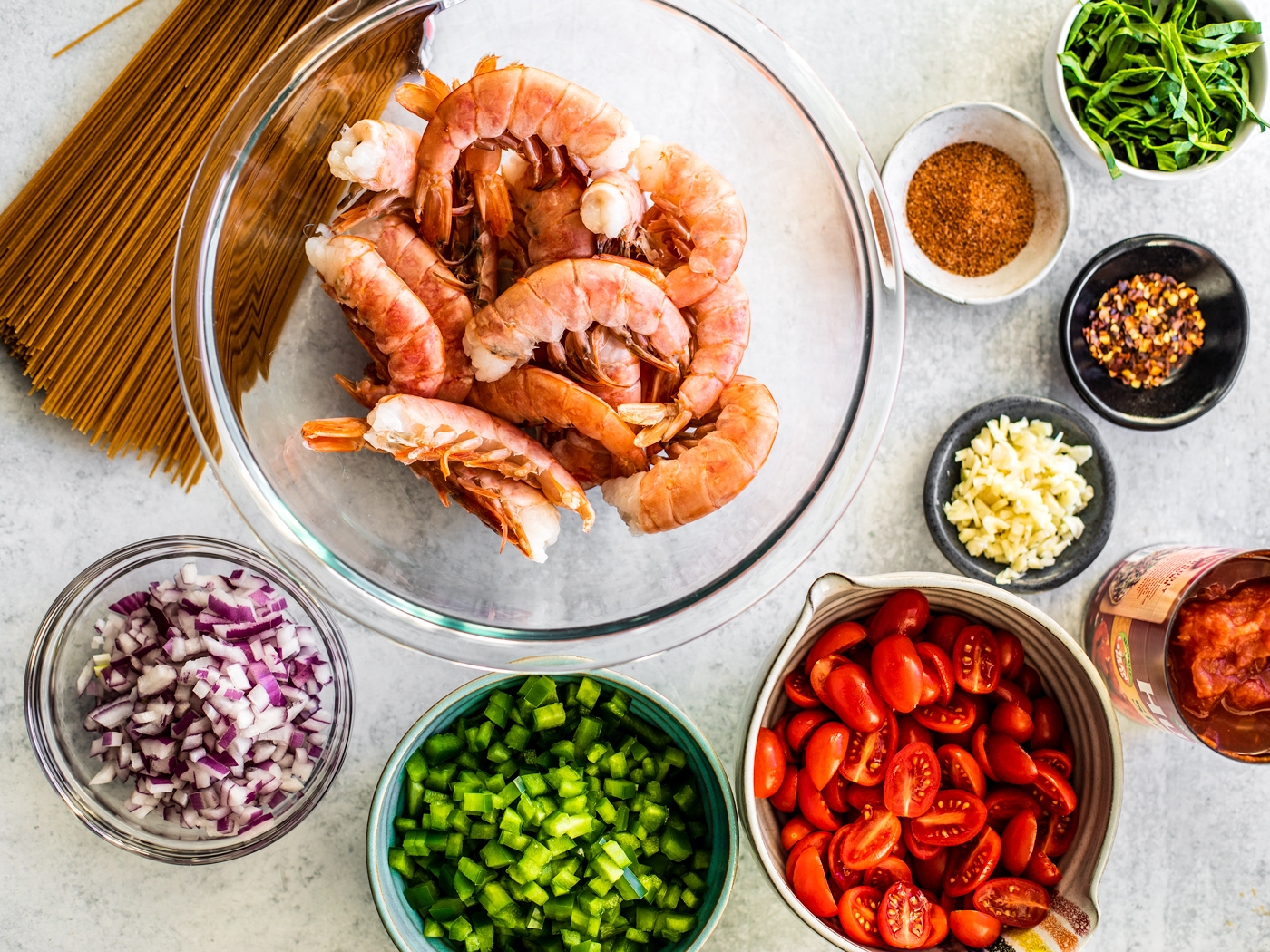 We can all agree that dumping a jar of sauce over some cooked pasta is a painless and undemanding way to eat. But with just a few steps and minimal effort, you can really boost your pasta game. Buying shell-on shrimp will create a little more work since you have to remove the shells and devein the shrimp. But if you buy them shelled, it’s easy peasy. Here’s the gist on how to make this fiery dish: 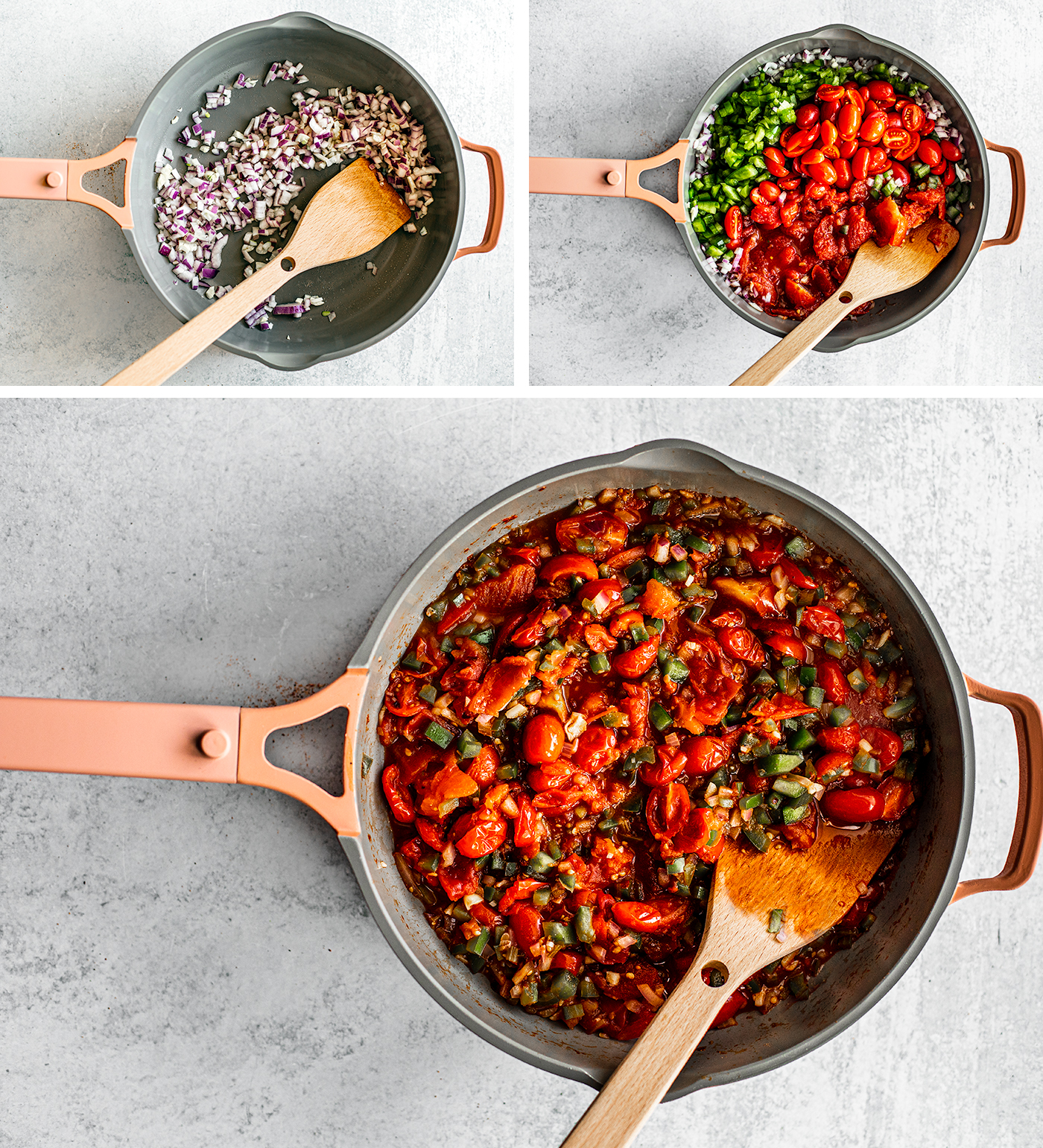 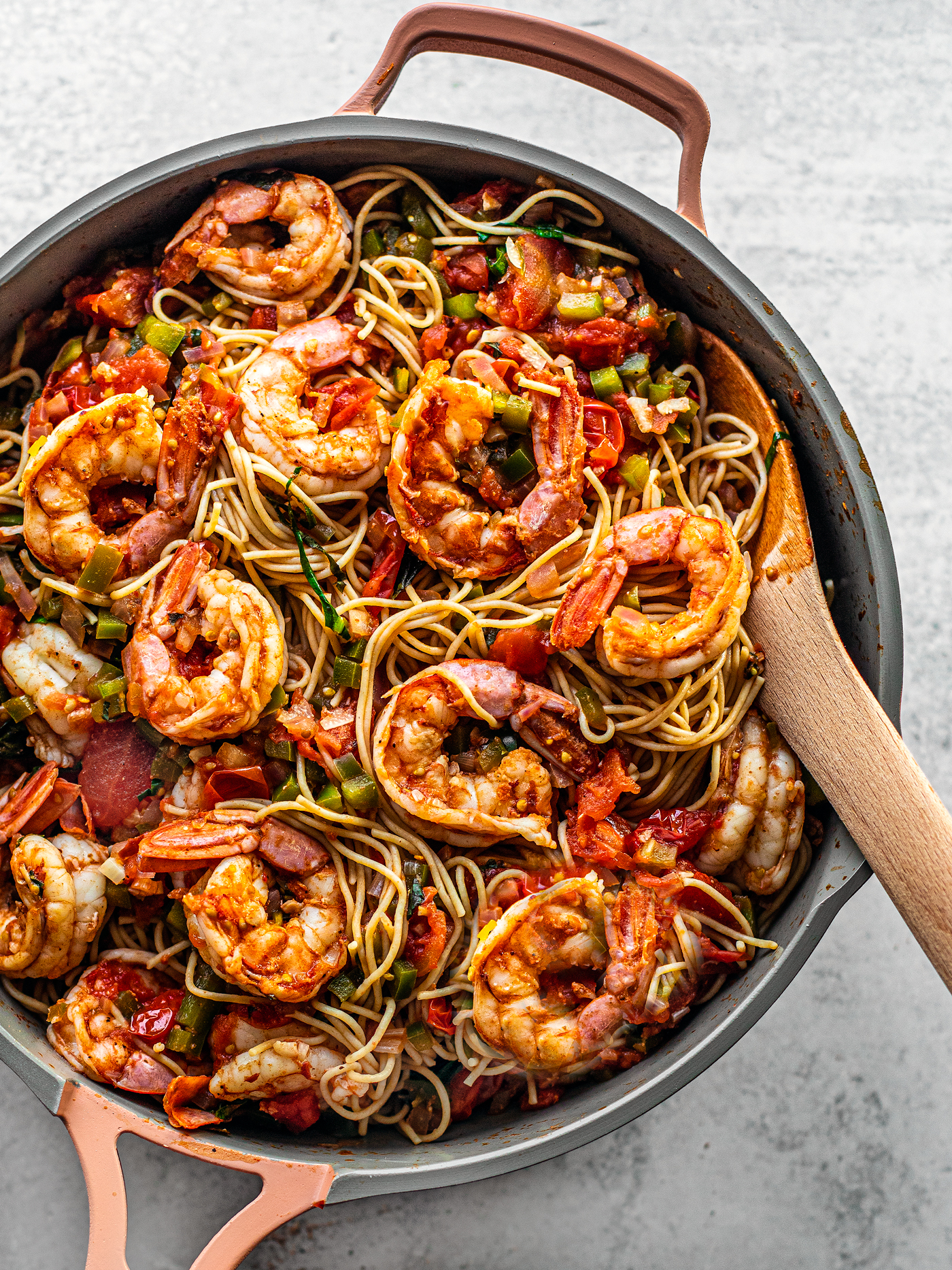 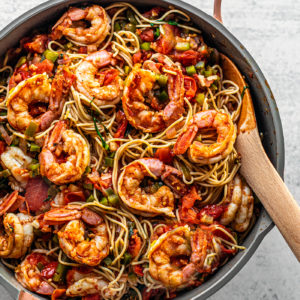