If you’ve ever made traditional pho from scratch, you know there’s nothing quick about it; it’s a labor of love that involves simmering beef bones, slow-roasting onions, and steeping aromatic spices.

With that, you’re also quite aware that there’s nothing vegetarian about it.

This vegetarian pho is the farthest thing from a traditional pho in that sense, but the flavor profile is damn near the same and I think I did it justice for a quick fix phony pho for my fellow pescetarians/vegetarians. 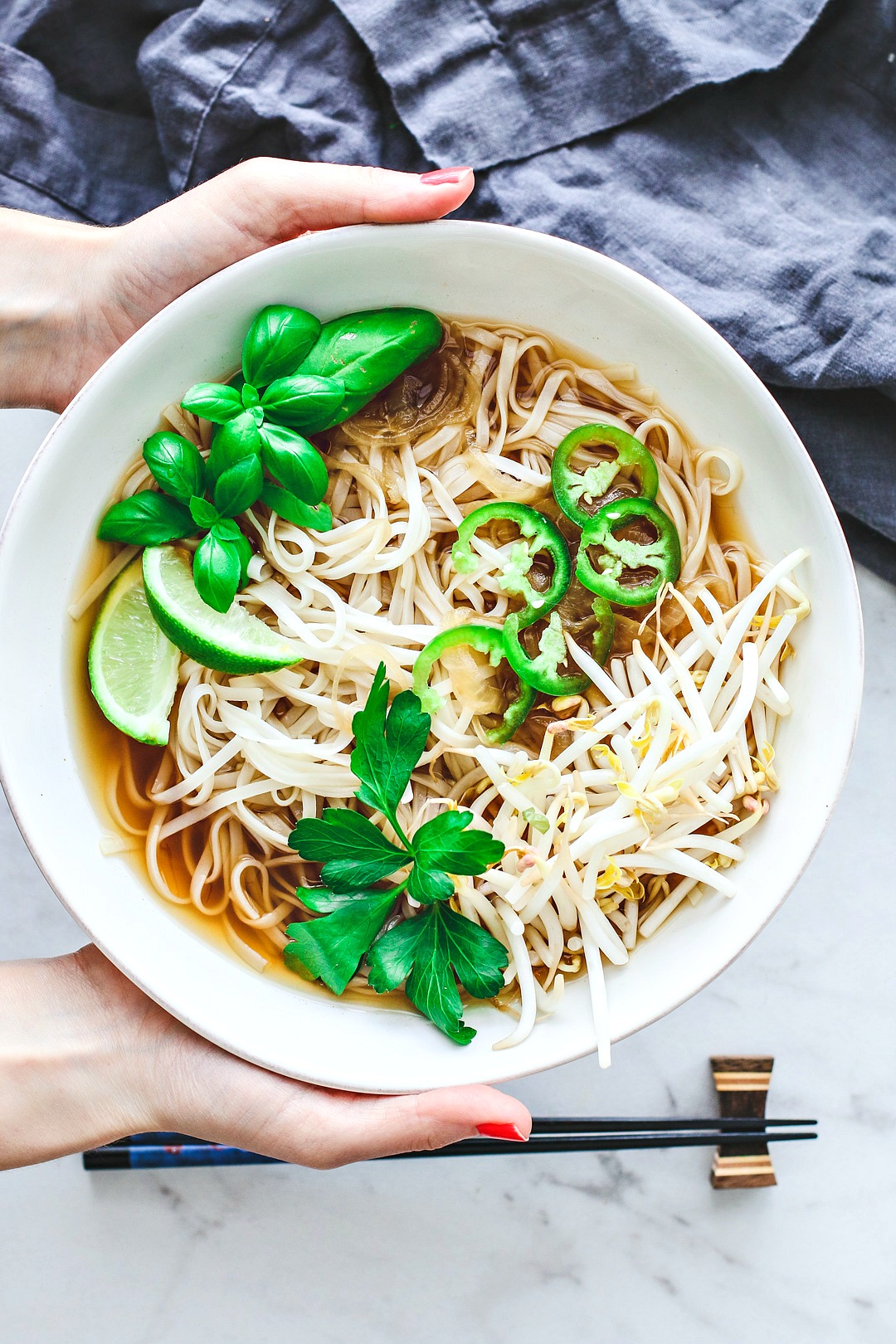 How I fell in love with pho.

I first tried pho eight years ago. The hype surrounding it escalated very quickly—the same way it did with sushi a few years prior. All of a sudden, everyone in my circle of friends was talking about it. “Let’s grab a bowl of pho” quickly became the new “Let’s grab coffee”. We’d pull and slurp our noodles mid-conversation while drowning our woes in the comfort of the aromatic broth spiced with cloves, cinnamon, cardamom, and star anise.

Mention pho, and the word euphoric comes to mind. 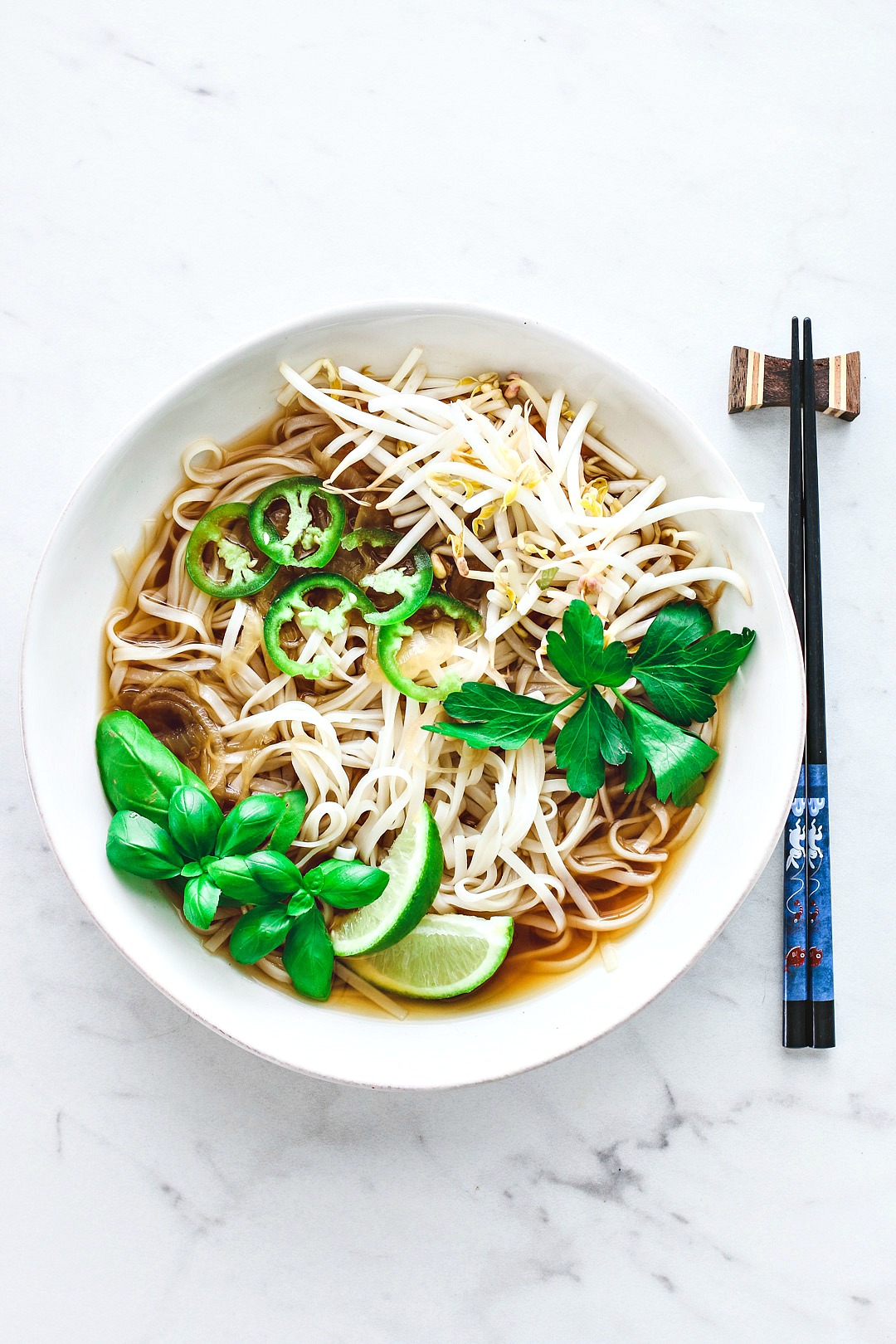 How pho came to be in the US.

I’m a bit of a food history nerd, and how pho came about in the US is truly a story about soothing one’s soul with a bowl of soup.

When refugees were fleeing Vietnam to escape communist rules and degrading economic conditions, the US was the country of choice thanks to the relationship between America and South Vietnam before the Fall of Saigon. Vietnamese refugees, feeling isolated in a new country, sought comfort in their own food—such as pho. Unfortunately, finding the right ingredients to create pho was a challenge in North America. 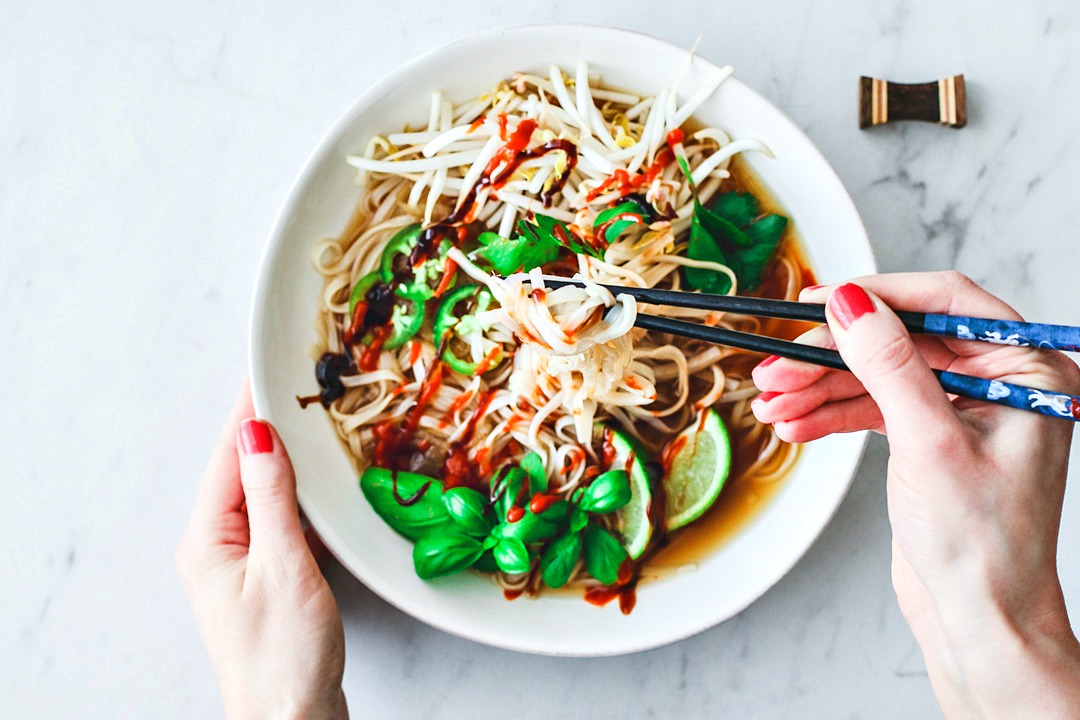 Years later, a few business-savvy Vietnamese imported these ingredients and started selling them at local Asian markets so that refugees could indulge in a cozy bowl of what tasted like home.

Having these ingredients available sparked a movement in opening pho shops and, as a result, US citizens were treated to a taste of Vietnam.

This is how pho was established in the US.

Anytime I see or eat pho, I reflect on this and the fact that people—no matter where they’re from or what they’ve been through—rely on finding comfort in food.

If there’s one thing we as human beings all have in common, it’s that. 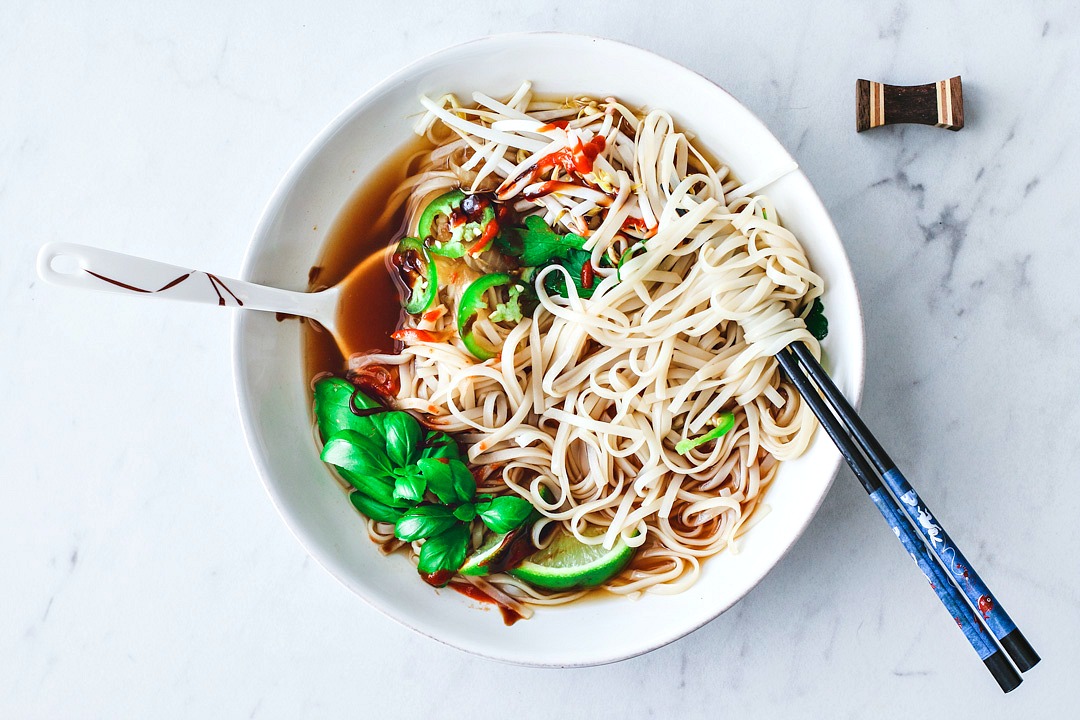 The deal with this vegetarian pho.

Since pho isn’t pescetarian or vegetarian friendly, I needed to find a way to sate my craving.

One thing that stands out about pho is the aromatic broth. By toasting the spices and steeping them in a basic store-bought (or homemade) vegetable broth, you can totally get the flavor you covet. All that’s different is the lack of oiliness and richness from the bones, marrow, and fat. I guess you could consider this a lightened up broth.

Other than that, you’ve still got your silky rice noodles, punchy jalapeño, fresh basil and cilantro (or flat-leaf parsley for people like me who can’t stand cilantro), and whatever extra saucy fixin’s your little heart desires.

The best part? This pho takes a measly 30 minutes, if that, to make from beginning to end, as opposed to the six-ish hours it takes to make that bone broth. (Which is totally worth it if you’re an omnivore, though.)

I really hope this recipe brings the same comfort to others as it does to me. We all need easy comfort food for long days, for crummy days, and for lazy rainy days. I’ve got Ramen bowls for this too, y’all.

If you make this dish, snap a photo and tag me on the Insta @killing__thyme! I love seeing your creations. 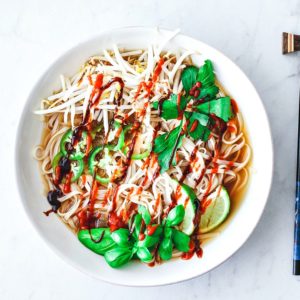 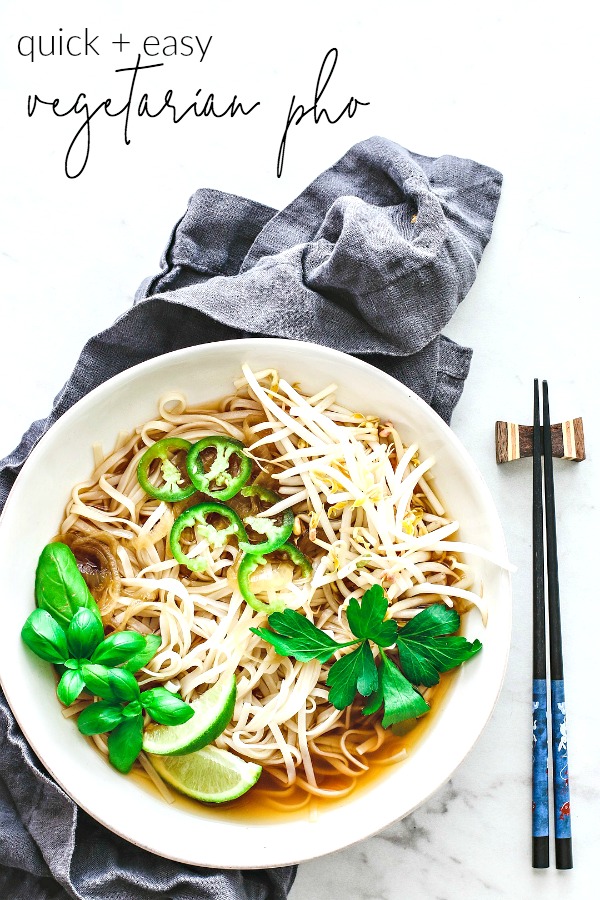