Disastrously, mayo has become a “sometimes” thing these days because in my 30s, my metabolic rate isn’t quite like it was in my teens; I can no longer eat 6 oz of cheese with crackers or run a train on a nacho platter at 11pm. (I mean, I want to, but you know… repercussions.)

But thanks to healthy gems like avocado and Greek yogurt, I’ve been able to recreate the creaminess I covet sans guilt. Plus, finding substitutions has also compelled me to play around with recipes. Little did I know, way back when, that a tuna sandwich could be much more than a jumble of mayo and scallions. There are umpteen ways to jazz up this good stuff, and this Greek spin is one of my faves. 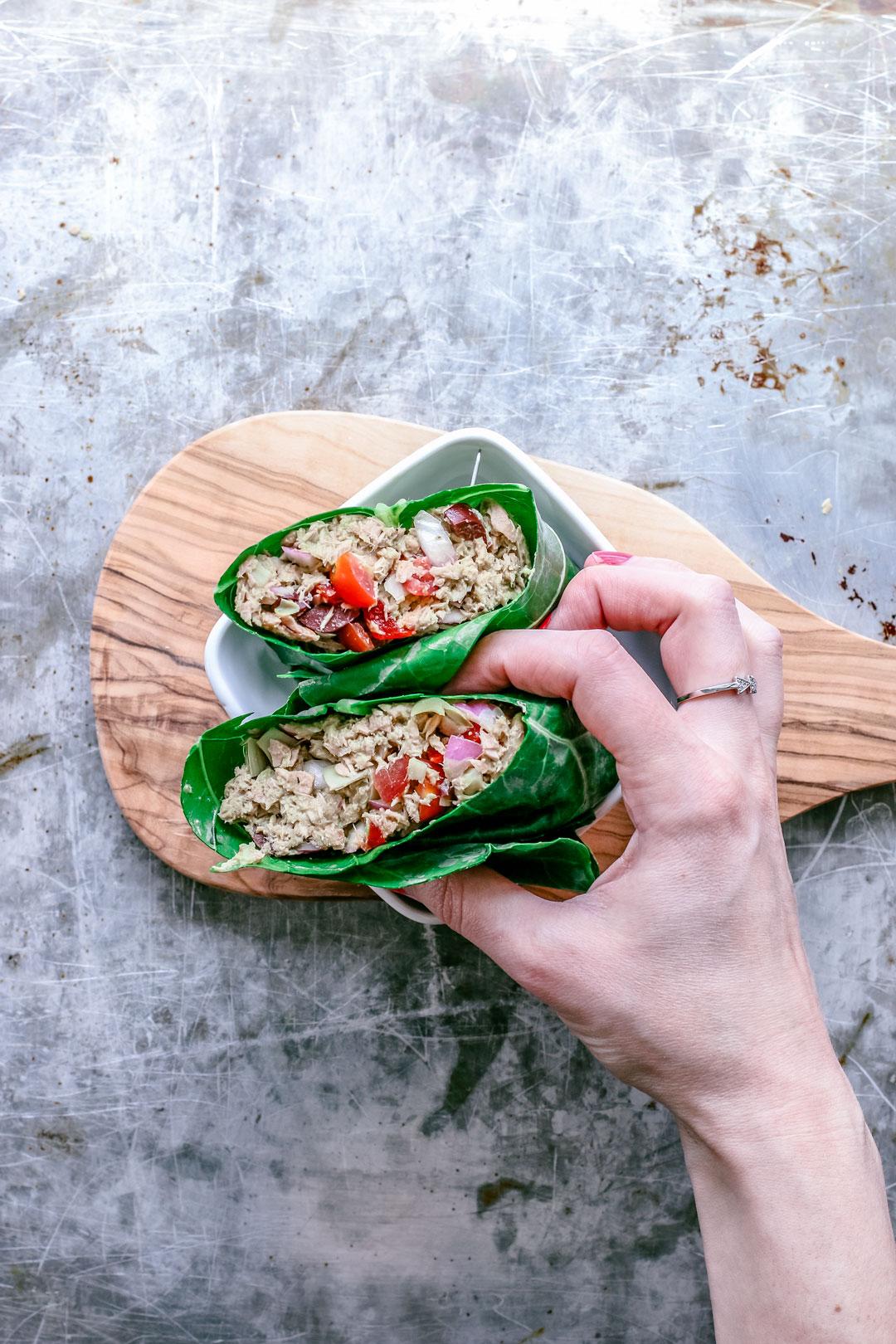 This mélange was inspired by having too many jars of things and stuff in my fridge. Heartening, huh? Though I left no jar unturned, marinated artichoke hearts, roasted red peppers, and Kalamata olives were the only three that made the cut along with some fresh red onion and grape tomatoes.

Whenever canned tuna comes up in one of my recipes, I take the opportunity to remind folks that most canned tuna isn’t sustainable. This guide is a great resource when it comes to brands and sustainability. Additionally, you want to be on the lookout for canned tuna that has a low mercury content.

Ok so hey, why the collard greens?

Okay, but also. I love the ease of rolling with collards — they’re sturdy AF. I’ve never had the same ease when rolling lettuce because lettuce is pretty flimsy in comparison. Don’t get me wrong, I love me some lettuce cups. But when it comes to wraps, holler for a collard!

Just note that after washing your collards, you neeeeeeed to trim down the rib in the center. It’s easy, don’t worry. Just grab a pairing knife and glide it down along the rib so it becomes level with the rest of the leaf. 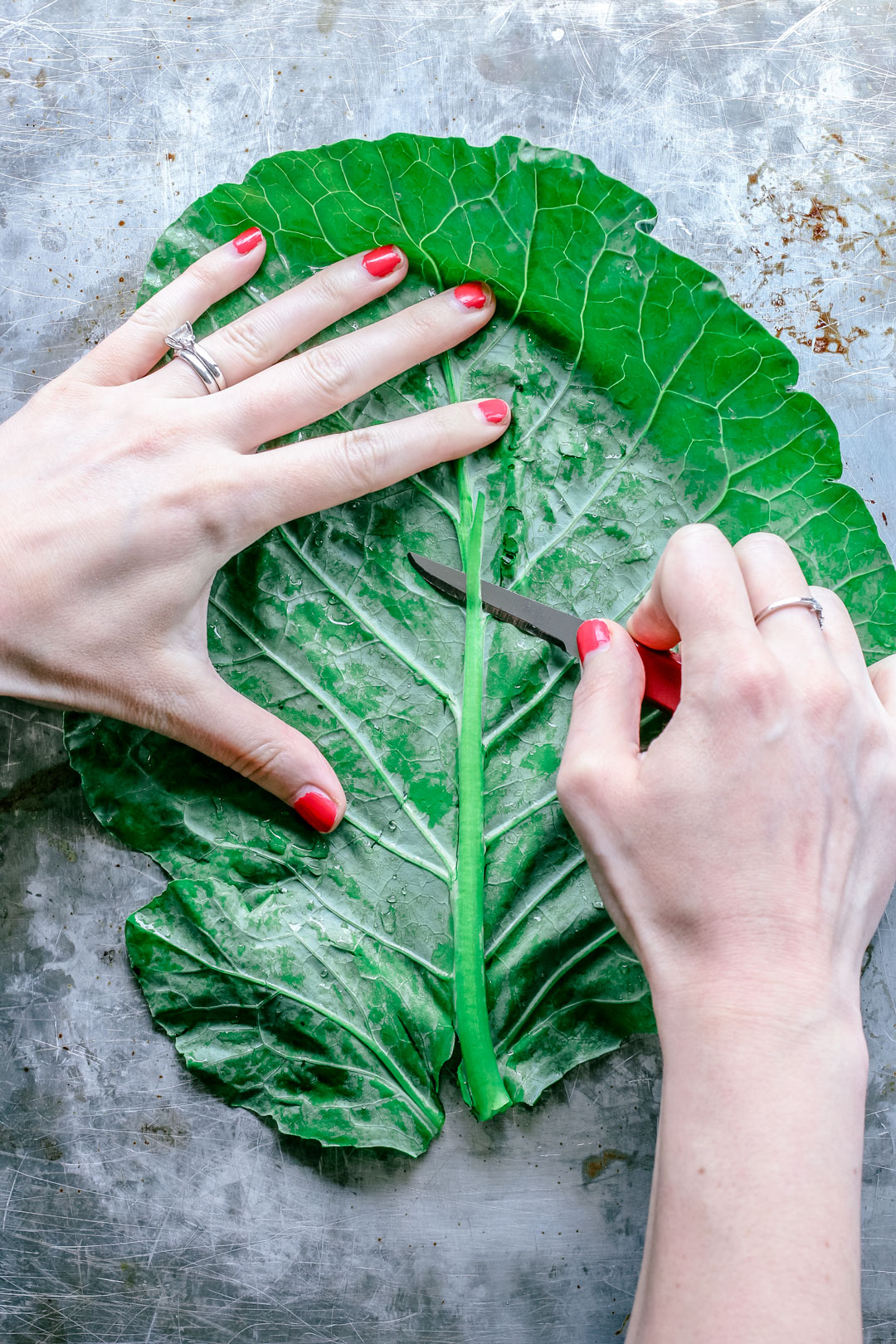 When it comes to rolling, you want to roll it like you’d roll a burrito to keep all that good stuff nice and snug. Place your stuff in the middle, bring one side of the leaf over your stuff and tuck the edge of the leaf beneath it securely. Roll forward halfway, stop, bring in the ends, and continue to roll until you’re done. 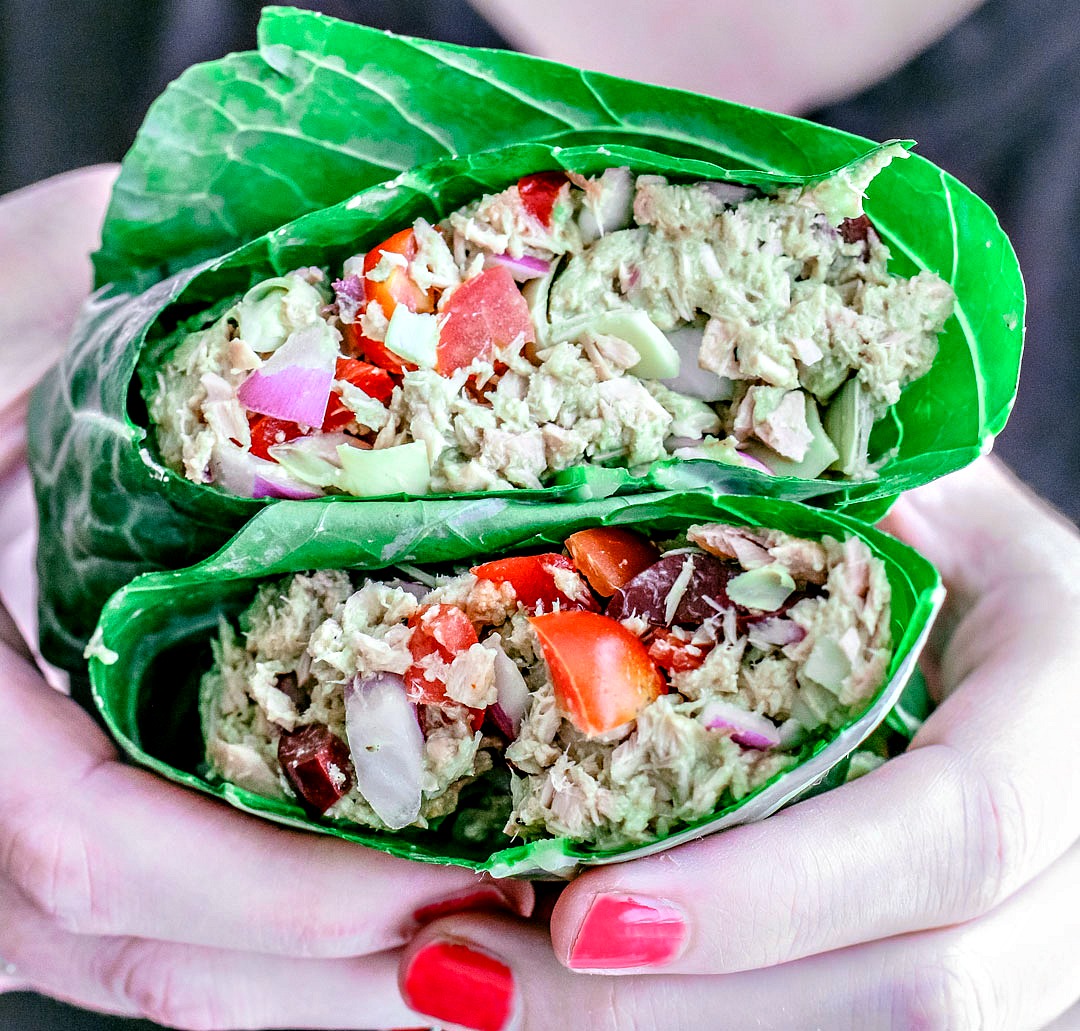 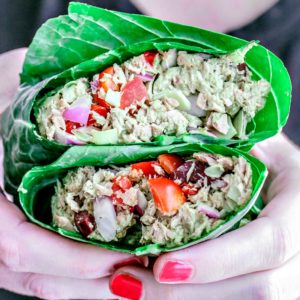