There are very few things in life that are better on a hot day than a cool serving of zaru soba.

This recipe brings me to the last installment of the Japan segment of my East Series (What!) which is pretty damn exciting. The next segment I’ll be featuring is China, where I’ll be exploring some delish Chinese recipes.

But first, let’s talk about this nourishing noodle dish.

A lot of East and Southeast asian dishes call it like it is when it comes to names, and Zaru Soba is no exception. A zaru is a bamboo tray or basket used to drain the noodles in the preparation and presentation for this dish; soba, of course, is the type of noodle. Soba translates to buckwheat, but it’s most commonly used in reference to soba noodles in Western cultures.

Despite the fact that most mainstream supermarkets carry soba noodles in their “International” aisle, I highly recommend hitting up your local Asian markets instead. You’ll get the best quality of soba noodle there, and if you can get your hands one soba noodles that are 80 per cent buckwheat (hachiwari soba), do it. Not only are these noodles more delicious, but they also pack a nourishing punch. 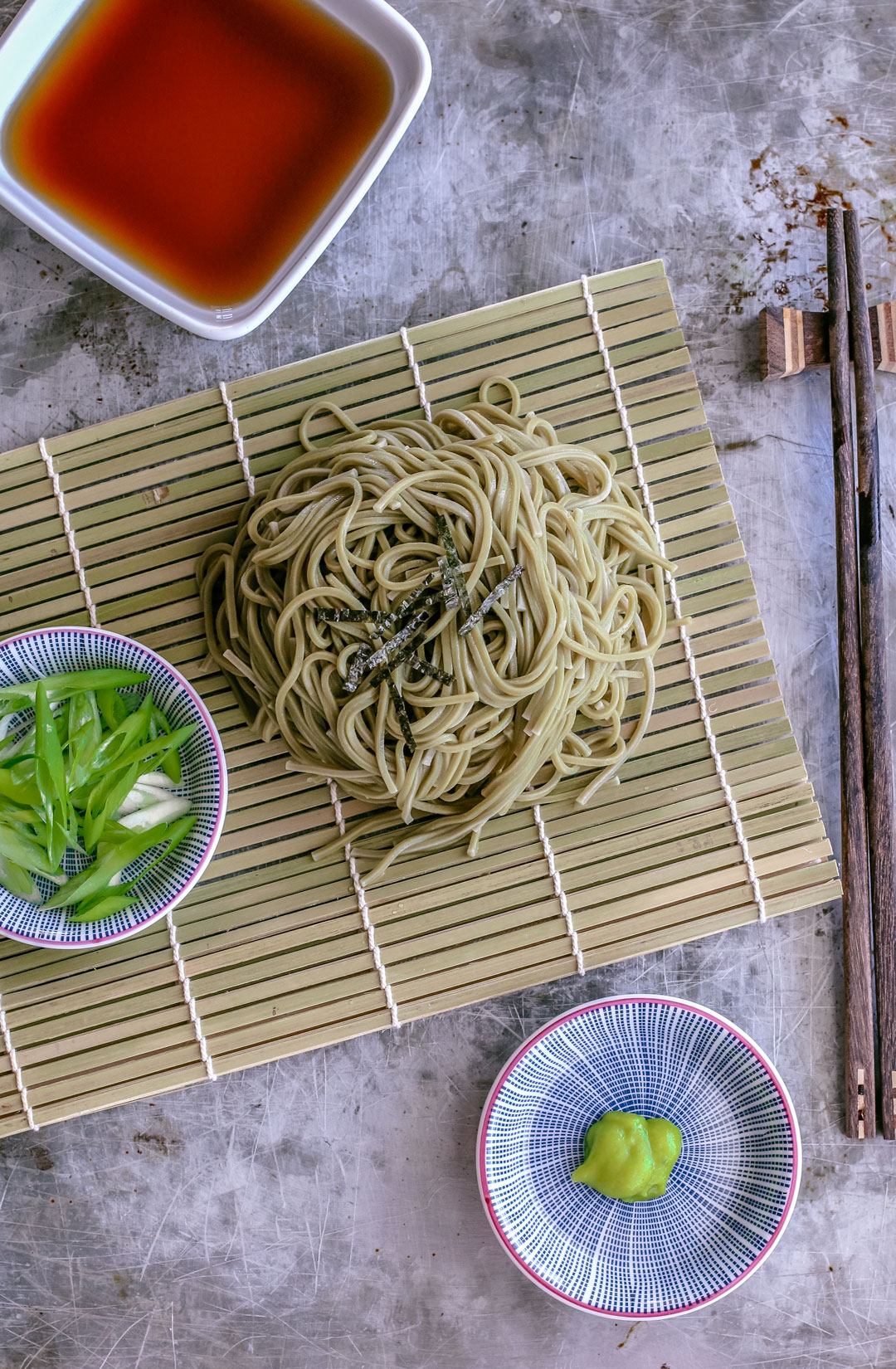 The most traditional way to present zaru soba is to set the soba onto the zaru and over a plate to catch any excess water that might drip. These bamboo trays are sold at Asian markets and craft stores. But if you don’t have access to one, don’t fret. The flavor of the dish won’t be affected.

If you’re a foodie, you’re already aware that there is NO shortage of soba dishes out there. They’re extremely versatile and range from hot to cold — though the one that seems to rank highest in popularity here in the US is, of course, the cold soba noodle salad. Don’t quote me on this, because I don’t know for sure, but I’m convinced that zaru soba *might* be the pioneer of this concept.

Unlike it’s derivatives, zaru soba is simple AF: chilled noodles, a cool mentsuyu for dipping, some sliced spring onions, and a dab of wasabi (optional) to kick things up a notch. 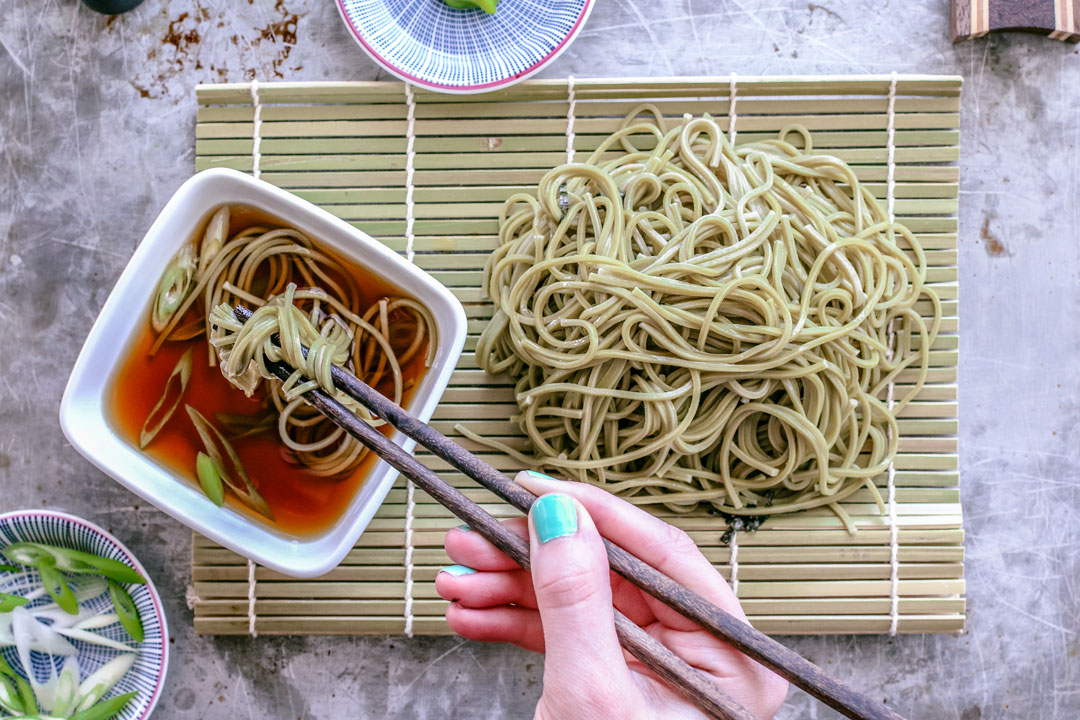 With the impending sizzle of summer here in North Carolina, this dish is undoubtedly going to become a go-to in this house. It takes a measly 10-15 minutes from start to finish, and you don’t have to worry about heating up your kitchen.

Long day working out in the garden? Zaru soba. 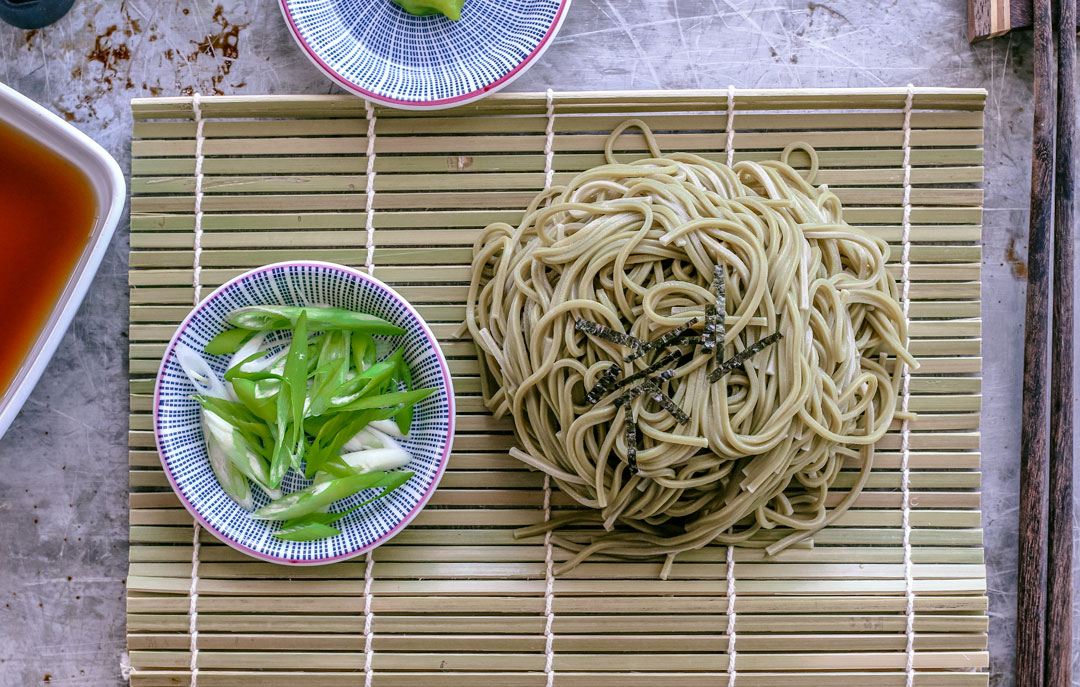 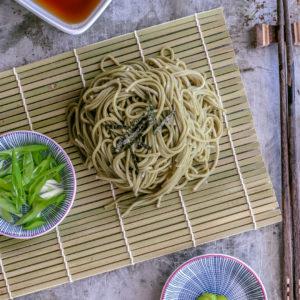 Mentsuyu (Dipping sauce; this recipe makes 1 cup concentrated mentsuyu; you can also skip this and use storebought mentsuyu from your local Asian market).