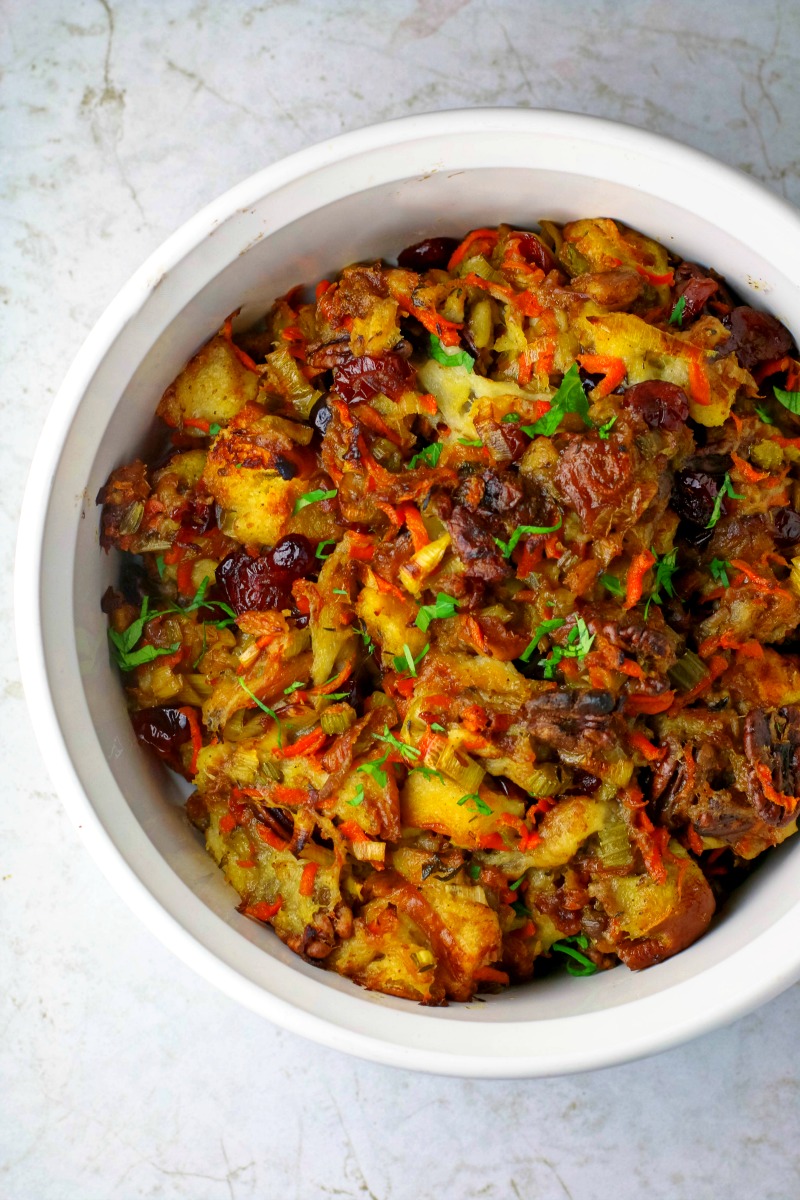 Thanksgiving has always been one of my favorite holidays.

Growing up, Thanksgiving meant spending the day lounging around the house in stretchy pants, puttering around the kitchen to take in the comforting smells of sage and meat, and eating until I hated myself. Post-engorging, I’d dive head first into the couch and fall into a carb coma.

But times have changed.

Despite the fact that my American husband and my Canadian self get to celebrate the holiday twice, it’s without family these days. We live out of state/out of country, so we visit at Christmas instead—which really isn’t too bad. I mean, let’s be real: it’s one less holiday I have to worry about drinking too much wine and saying something I shouldn’t.

For a few years, I was living a pescetarian lifestyle. That meant a Thanksgiving without the traditional stuffed turkey and the meaty gravy creating a pool of regret in my fluffy mashed potatoes. The solution to this? Vegetarian gravy and this bad ass vegetarian stuffing.

The fact that this stuffing is vegetarian isn’t the only thing it has going for it; cooking it in a slow cooker means that you can prep it, set it, and forget it. It’s one less thing to worry about in a sea of things to worry about. Let’s face it: cooking Thanksgiving dinner can be anxiety-inducing. Traditionally, it’s one of the most delicious and anticipated meals of the year. Mucking it up will haunt you. FOREVER. The best thing you can do for yourself is lighten the load where you can.

This stuffing is adapted it from Damn Delicious and it’s foolproof. I threw it together last year for our Friendsgiving feast and it was a hit. You don’t have to be a veg-head to appreciate my plant-based twist, but if you prefer meat in your stuffing, I’d definitely recommend giving her recipe a whirl. 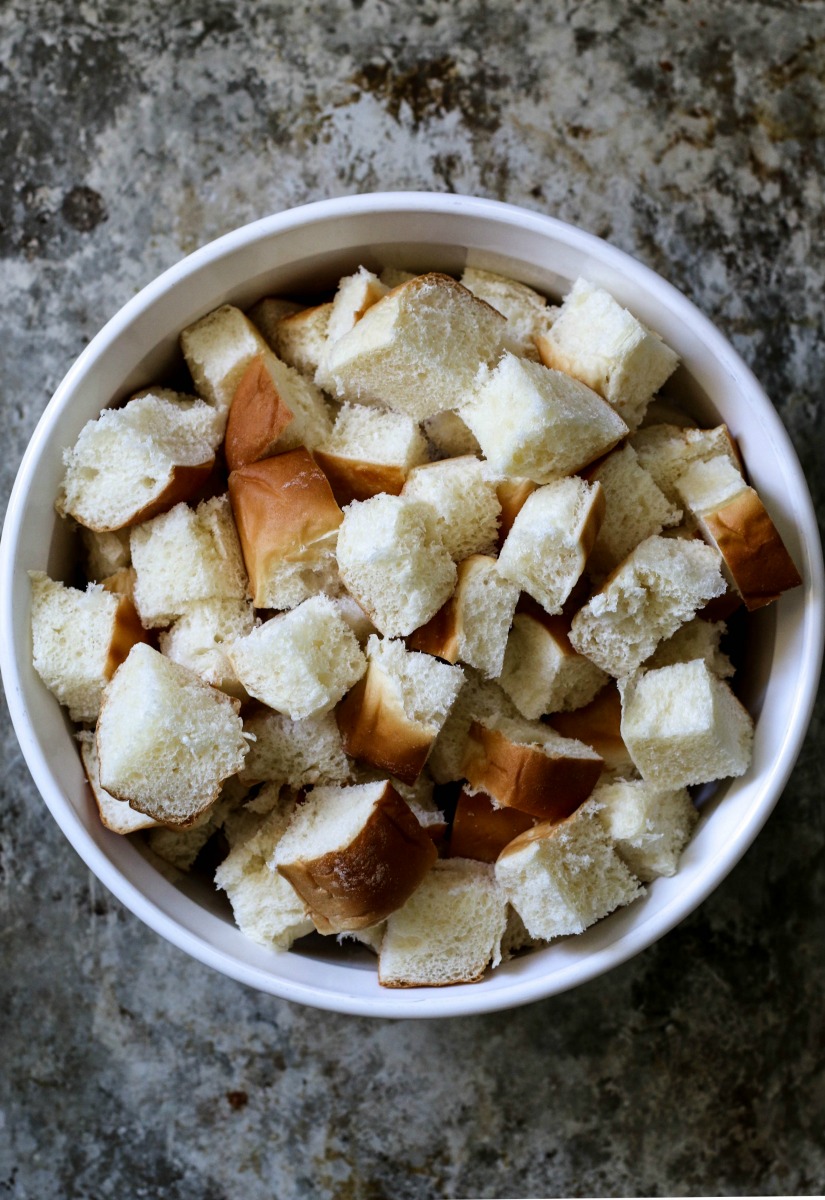 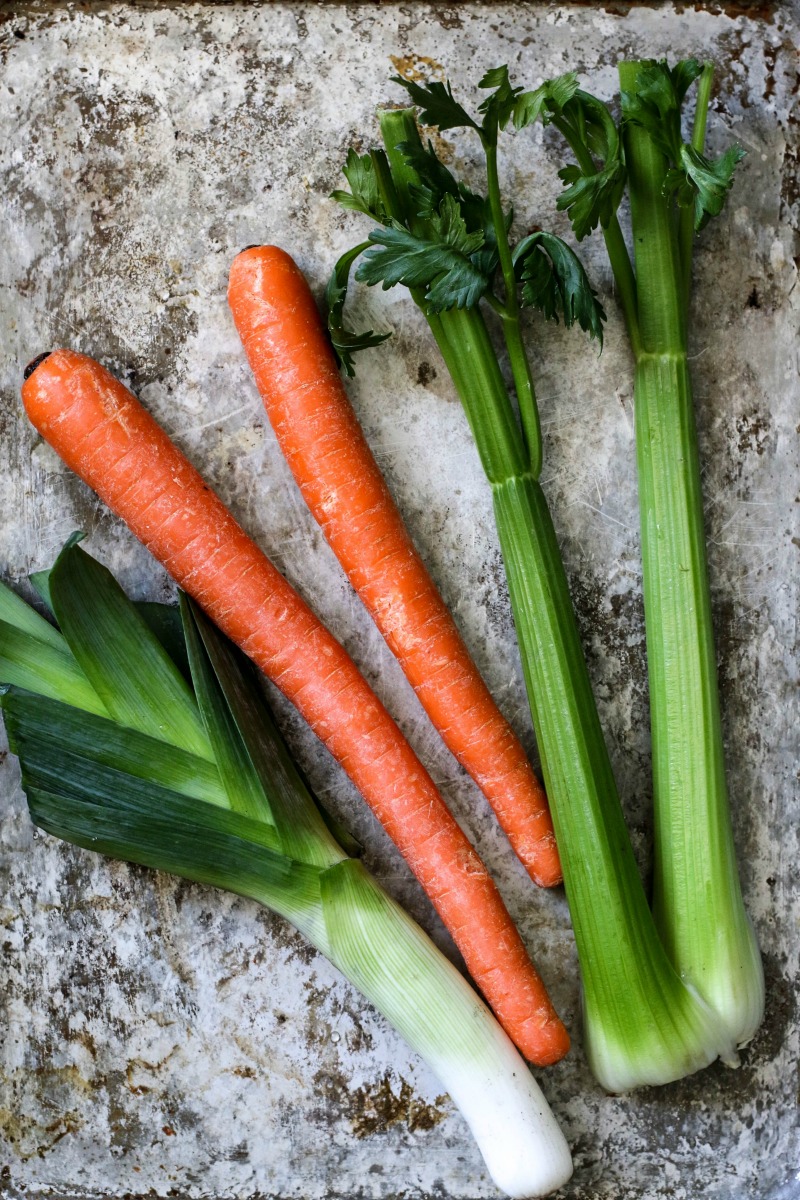 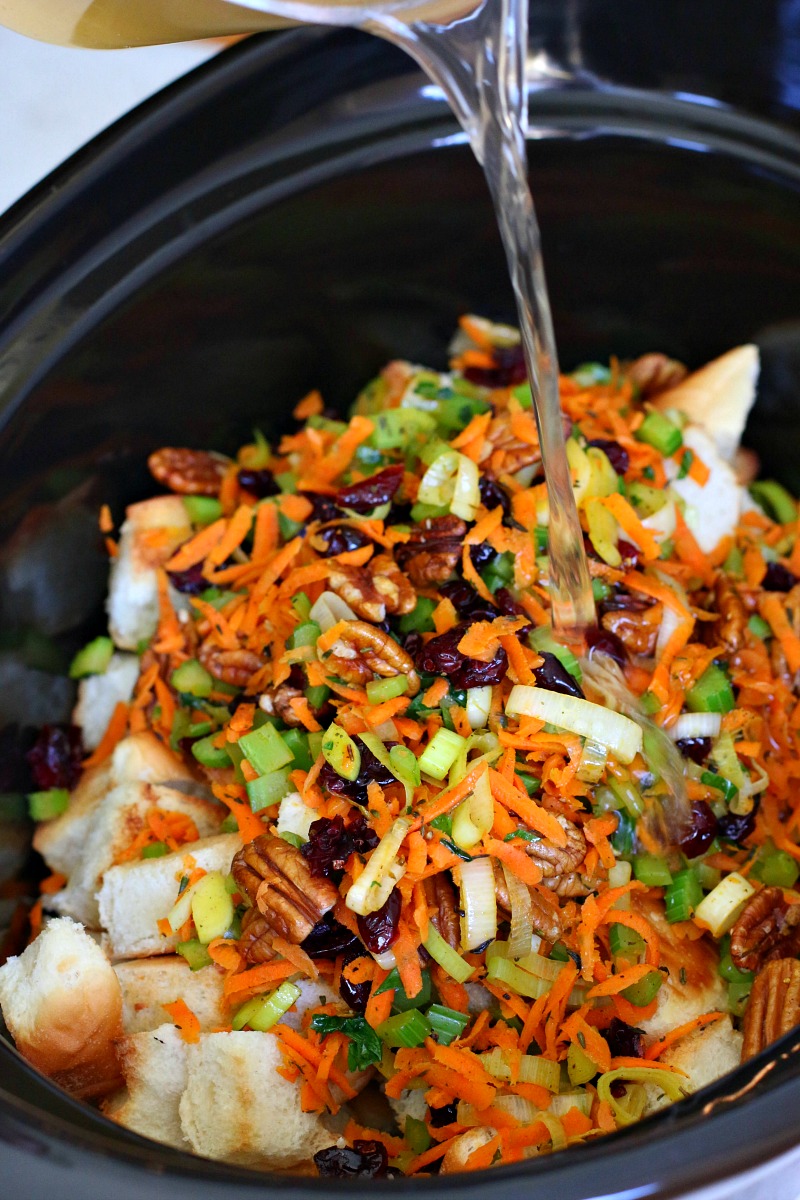 HAVE YOU MADE THIS RECIPE? SNAP A PIC AND TAG ME ON INSTA! @KILLING__THYME /#KILLINGTHYME

Yield: 8
Prep Time: 15 mins
Cook Time: 4 hrs
Total Time: 4 hrs 15 mins
Vegetarians can enjoy Thanksgiving dinner without that stuffing going anywhere near that bird. This vegetarian spin is full of flavor and is cooked in a slow cooker — so you can prep it, set it and forget it.
Print Recipe Rate Recipe

TIP: If you love a crispy top to your stuffing, you can transfer the stuffing to a baking dish before serving and pop it in the oven at 350 degrees for 20 minutes or so. Times may vary based on your oven. This can be done while you carve your turkey.
Author: Killing Thyme 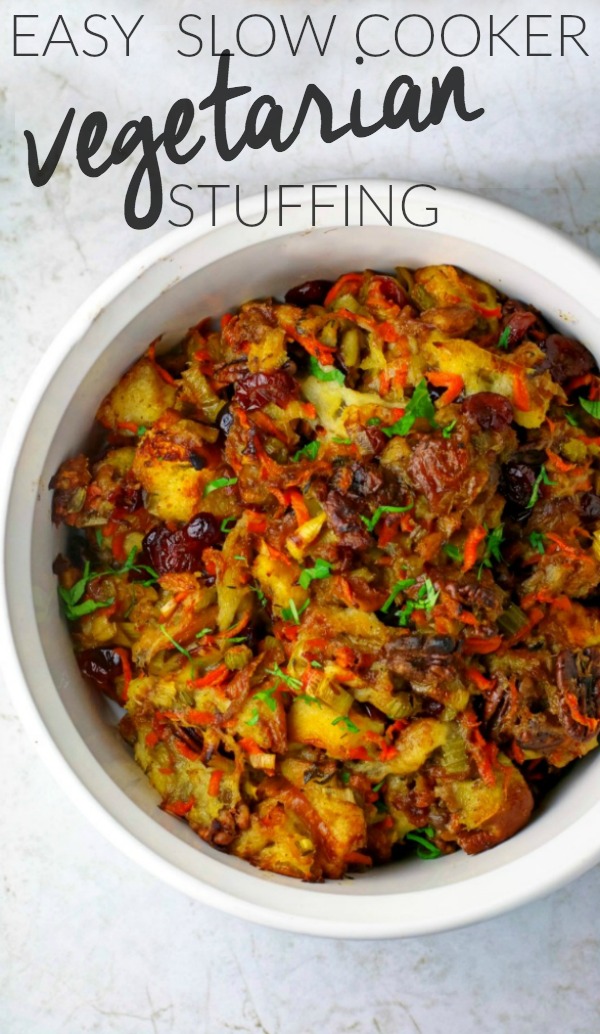