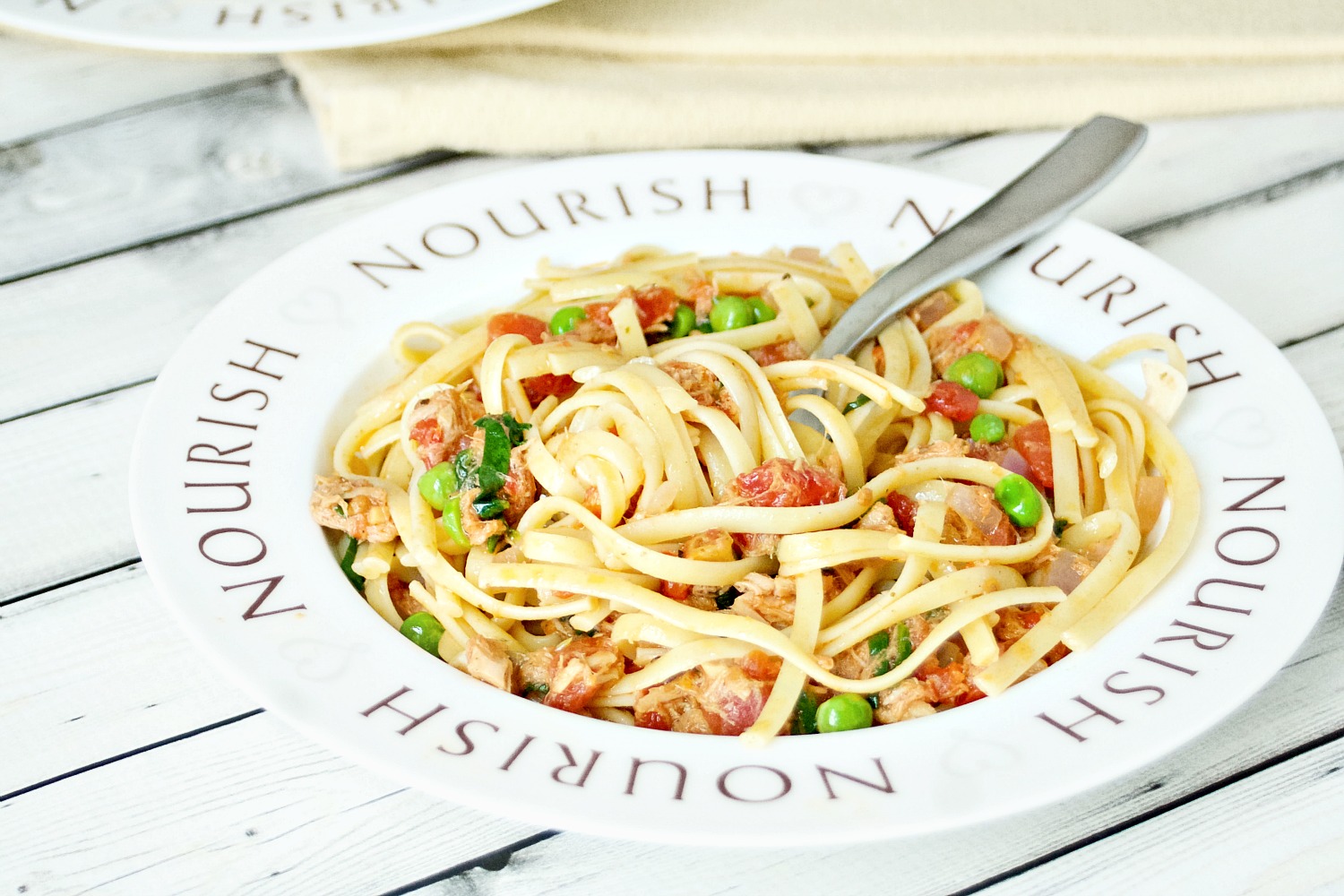 This dish was inspired by one of those hodgepodge dishes in my house growing. It’s amazing what you can come up with when you’re ow on ingredients and decide to just throw a bunch of stuff together; sometimes it’s win, sometimes it’s fail. “Tuna pasta” was a hit, though. My Mom had her own version of the “tuna pasta”, and my Dad had his own version of the “tuna pasta without all that extra shit Mom puts in it” (by shit he meant vegetables, and in my Mom’s defense, her version was delicious). Now I have my version, which we’ll call Light Tuna and Tomato Pasta, and it’s just right. It’s light, but it has so. much. flavor. It’s also easy to whip together, so you can get a nutritious meal in 30 minutes or less. Oh, and leftovers are incredible. Some pasta dishes aren’t too awesome when reheated, but this one is! So make it, eat it for dinner, pack it up for your lunch the next day, and end things off with a self high-five. 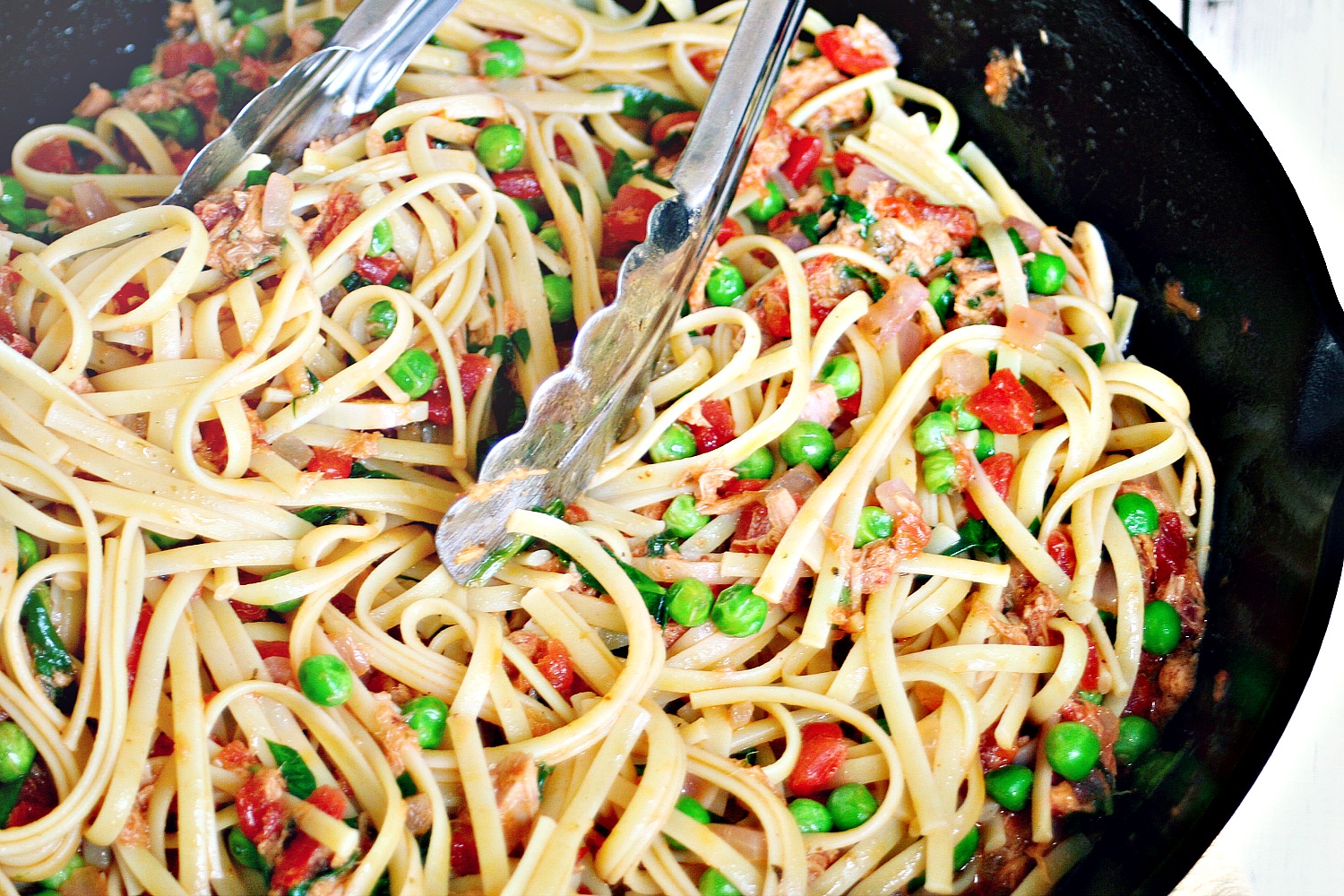 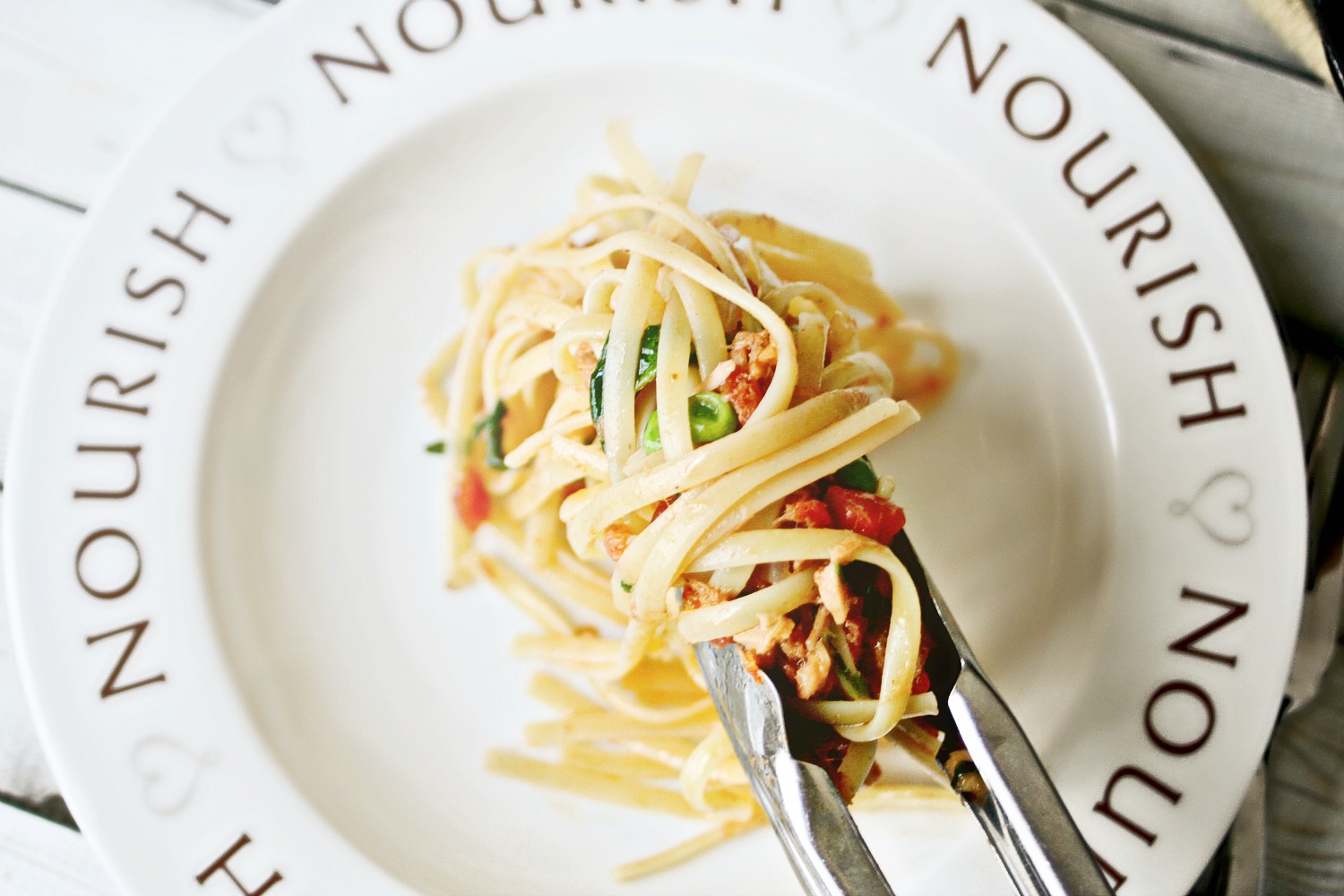