The Casual Veggie Cookbook is Here! 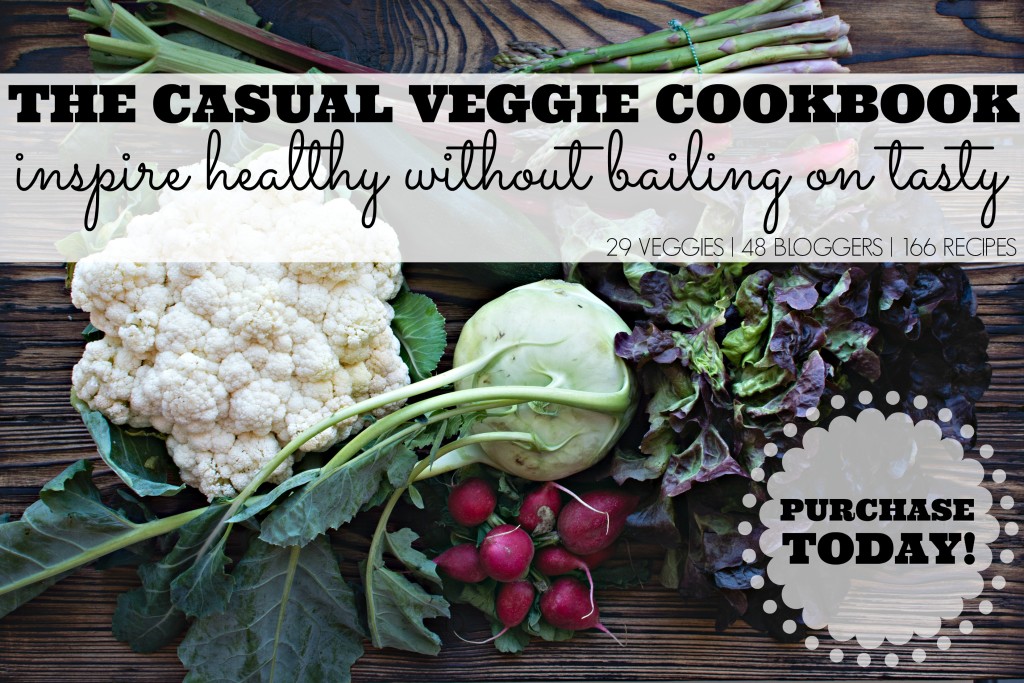 This post contains affiliate links, which means that if you click on one of the product links, I’ll receive a commission. This helps to put food on my table and on the blog. High five, we all win!

The Casual Veggie cookbook is finally here for purchase, friends! Get stoked, stuffed, and healthy.

You might remember me posting about this late last year when this fantastic e-cookbook was in the works. It launched in October as promised, but due to my fresh move to the US of A, I was unable to participate in the promotion and sales because of working legalities.

Now that I’m officially a permanent resident here in the US, I can have at it!

Need a bit of a refresher on why The Casual Veggie cookbook should be in your collection? No problem. I’m excited to talk about it all over again.

One of the coolest things about The Casual Veggie is that it’s a digital cookbook. This adds so much ease of use by putting 166 recipes right into the palm of your hand. Secondly, these are beautiful and do-able recipes whipped up by folks who love to cook. There is nothing intimidating or impossible here.

Why a digital cookbook? Consider the practicality. Flipping through and following recipes on a tablet or cell phone is the way to go today. The table of contents contains links so you can jump ahead to recipes and internal linking makes navigating the 400+ pages a piece of cake – no thumbing through pages with messy hands. You can also print the recipes if need be. Cookbooks are lovely to have as collectables (I collect them myself), and they look great up on a kitchen shelf. But today, most people are finding themselves at the countertop with their electronic devices as opposed to a large obstruent book. I feel like a digital cookbook just makes sense;we are living in a di-gi-tal world, and I am a di-gi-tal girl.

Is this a Vegetarian cookbook? Nope, nope, nope. This cookbook is versatile; it caters to vegetarians and meat-lovers alike with recipes where the vegetable is always the star of the dish, but not necessarily the main ingredient. This concept is especially awesome for those like myself who enjoys meat but aims to incorporate more veggies into my lifestyle in a delicious and exciting way. If there is anything I’ve learned over the past few years it’s this: Vegetables are anything but boring. That’s why this cookbook is worth getting excited about. (And okay, because I’m in it! Huzzah!)

Why is The Casual Veggie cookbook a must-have? From beautiful bright beets to plump artichokes, 166 recipes have been included in this book and the goal is to inspire people on how to use up their produce – especially before it spoils. Let’s face it, we’re all full of good intentions on grocery day, but how many times have you found yourself standing in front of the refrigerator a week later thinking, “It’s a shame that kale might go bad, and I’m not quite sure what to do with that parsnip I was going to throw into that roast I never made” ? Many times, I’m sure. But don’t self-loathe! We’ve all been there; we’ve all  hung our heads in shame while tossing our once promising produce. As we’ve learned the hard way, good intentions aren’t always enough. Inspiration is important in the kitchen, and without it, the crisper can very easily turn into a grisly compost bin. This is why The Casual Veggie cookbook is so great – it will inspire and guide you.

I was over the moon when Mollie from Parsley and Pumpkins, the creator of this masterpiece, reached out to me and asked if I’d be into contributing some of my recipes. Choosing which veggie-based recipes to submit was a total blast. I really wanted to represent myself and my relationship with vegetables properly while also offering readers something intriguing. Once I submitted my recipes, I became engrossed with finding out what some of the other contributors had submitted, and why. It turns out that they were just as thrilled as I was to give a nod to veggies, and they all seemed to come from a place where veggies were once a dreaded necessity as opposed to a culinary adventure. Converts, unite!

Purchase The Casual Veggie Cookbook by clicking the Buy Now button below. 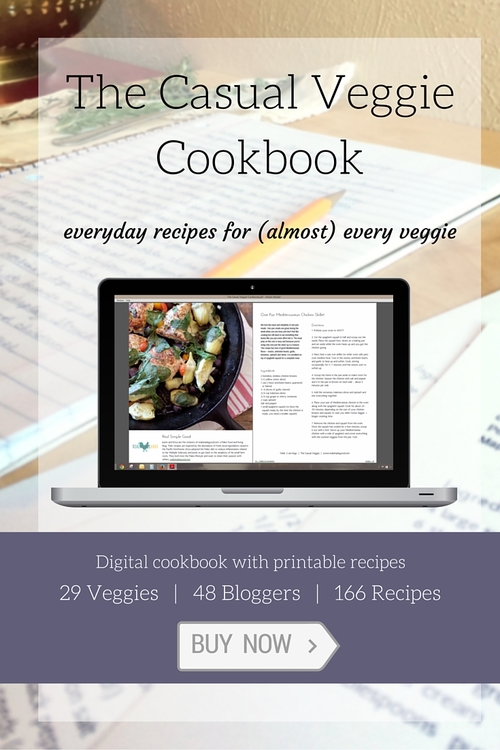 « Previous PostGoing Natural: One Baker’s Journey to Creating from the Earth
Next Post » Creamy Dill and Spinach Chickpea Soup