Beer and Mushroom Mac and Cheese 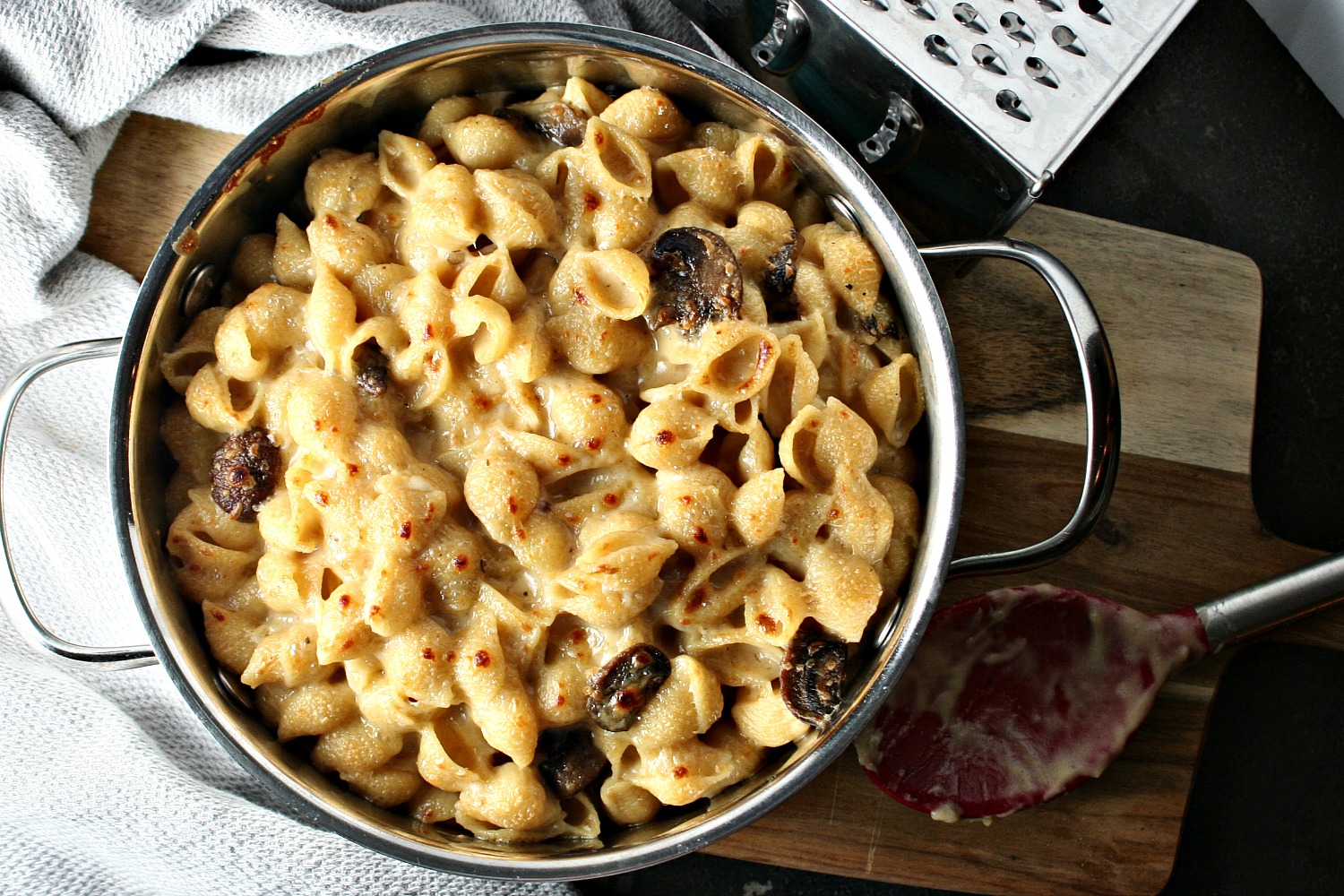 The other day the hubs and I were all like, “Hey. We haven’t made mac and cheese in a while.” Sad truth. And then we were all like, “Well hey, let’s rectify this!” So we did. And this was born. And it was beautiful.

Our usual go-to mac was always the Bacon Jalapeño Mac and Cheese, but now that I’m a pesky pescetarian, we opted to try something new; something new with mushrooms and beer and it was magical.

You’ll notice that I start with a roux in order to make my cheese sauce. Some people don’t believe in this step anymore; call me old fashioned, but I do. It always makes the best. Cheese sauce. Ever. And who doesn’t want the best cheese sauce ever? Who wants a cheese sauce that just cuts it? Who wants to dig into an okay looking mac and cheese and say, “This looks wonderfully mediocre!”

Okay, I might be exaggerating. I’m sure some people out there have their preferences and their own way of doing things. Mine, however, stands by a roux. Thicken that shit so it sticks to my ribs, bro.

Beer and Mushroom Mac and Cheese

FOR THE MUSHROOMS1 tablespoon of butter

FOR THE SAUCE2 tablespoons of butter

Beer must be at room temperature. Cold beer may break the sauce.

17 Comments on “Beer and Mushroom Mac and Cheese”