How to Bake the Perfect Kale Chips 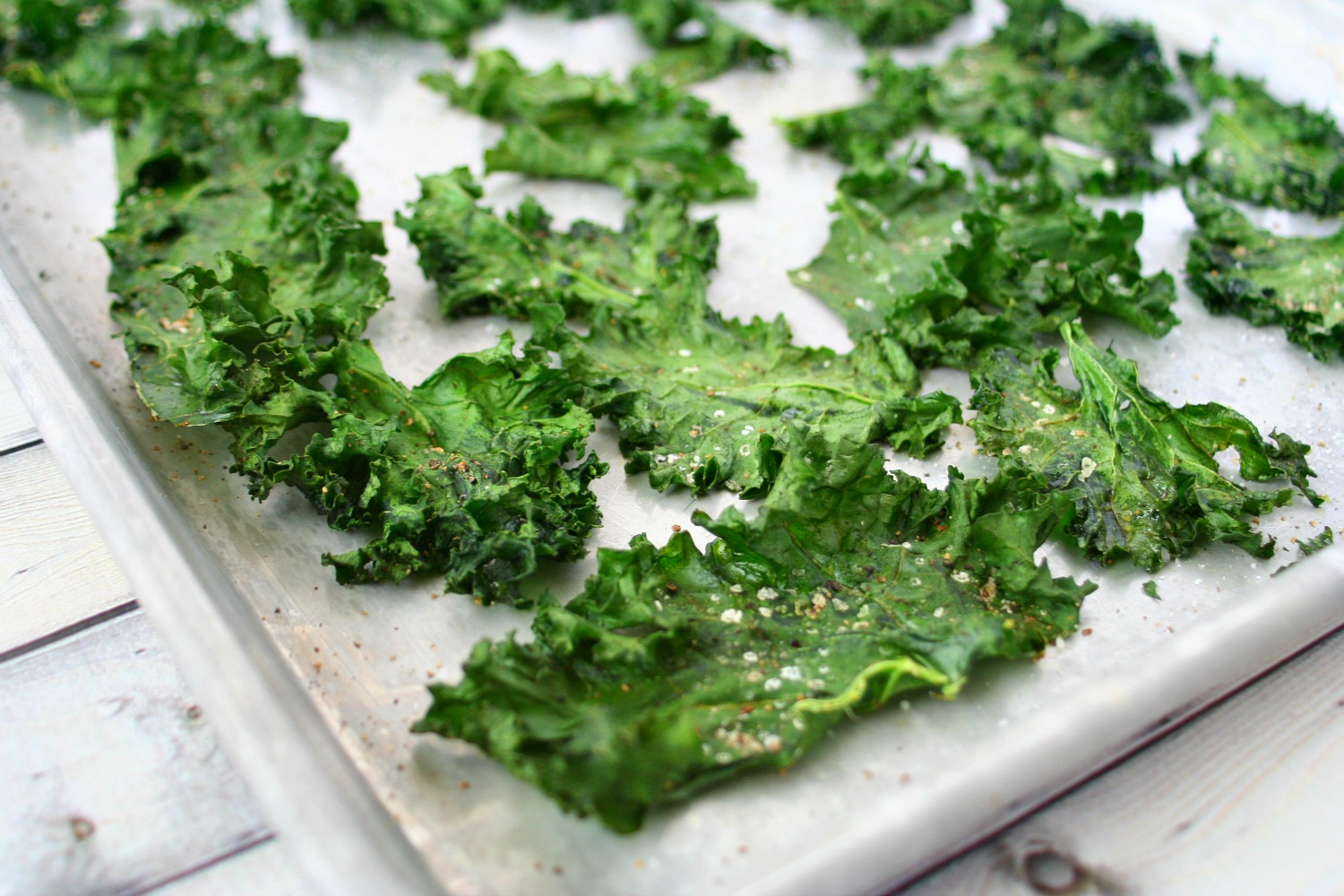 I almost feel silly writing a post titled “How to Bake the Perfect Kale Chips” because it sounds so simple, right? Wash kale. Toss kale in olive oil. Put kale on a baking sheet. Season. Bake. Mow down. However, if you’ve ever attempted to bake kale chips yourself, chances are you’ve ended up with a crap-batch at least once – and if you’re like me, you’ve sworn off of doing it again by chalking kale chips up to “just another kale fad” to make yourself feel better.

There is definitely a certain degree of care (and heck, patience!) that must go into turning vegetables and legumes into healthy, crispy treats. This is exactly why it’s so much easier to just grab that bag of chips in your pantry and crunch away with a mischievous grin on your face but hey – if I told you the care and patience was worth the end result, would you give this a go? Because not only are these crispy kale chips delicious, but they are so delicious that you won’t even make it to the couch; you’ll eat the entire tray while standing over the stove top as the tray cools. Therefor you’re snacking while standing as opposed to being sprawled out on the couch. Snacking while standing as opposed to snacking while laying down has to count for something, right? (I’m grasping at straws here, guys. Can you tell I’m one of those desperate snackers seeking justification in all the snacking I do?)

The first few times I made kale chips, the end results were on opposites ends of the spectrum: one batch turned into a tray of green slime (too much oil) while the other batch resembled the remnants of a burning newspaper pile (too much heat). Humiliated, I tried to pass it off as acceptable. “No these are fine, I love crispy. These will do, it’s no big deal.”  And then after a few hours of coughing up black bits, I made an angry Facebook status about how dumb these “turning vegetables into delicious treats that’ll make you forget actual treats” fads were.

BUT LET’S TALK ABOUT HOW WRONG I WAS! 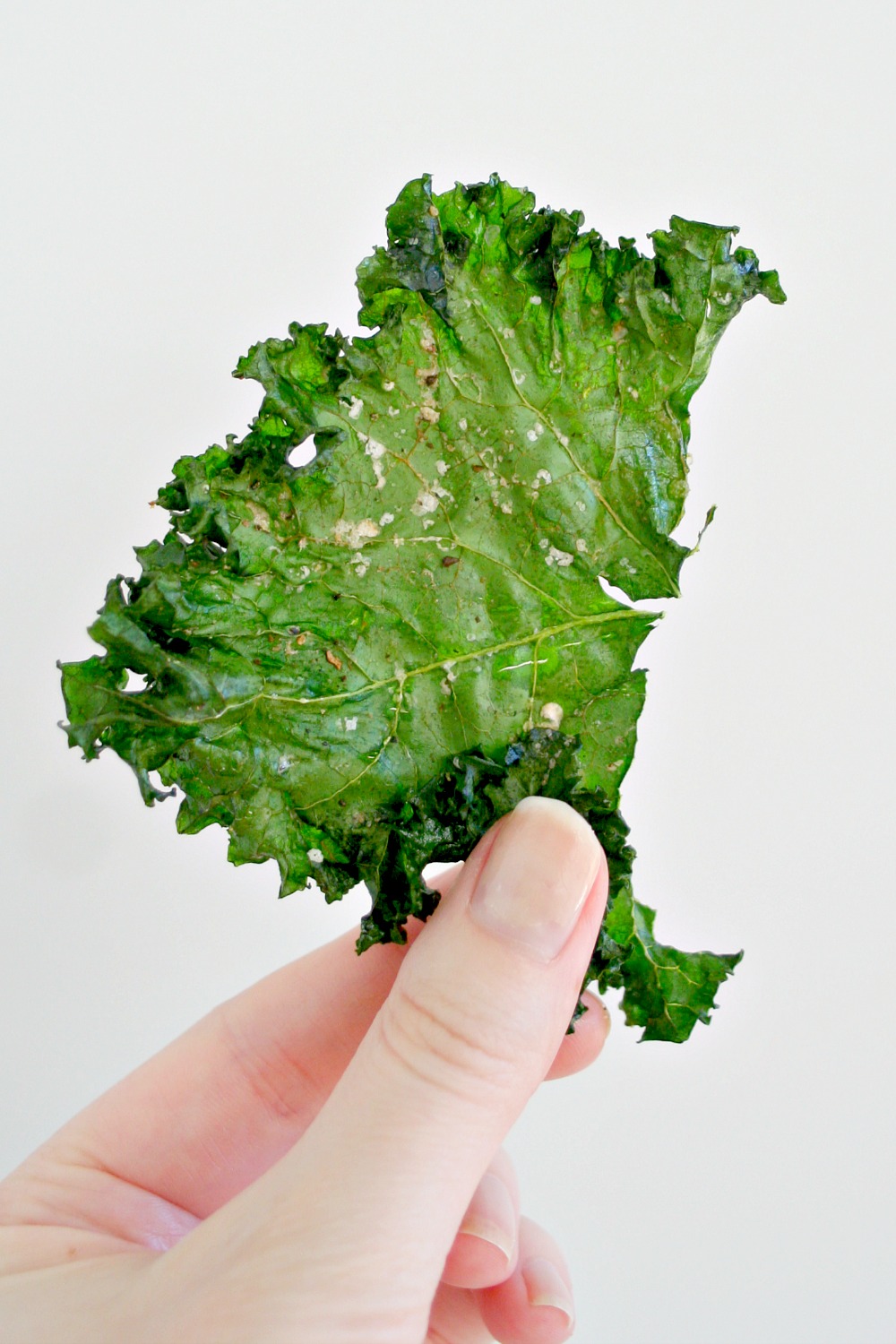 Kale chips, when prepared properly, are kind of a big deal. You can basically eat an entire batch of kale (and yes, I did) without hating yourself. You can season it however you’d like, but I like to keep is simple with kosher salt and ground black pepper.

First, let’s talk about the things you want to avoid because ultimately, these are the most important things to keep in mind and there are a whopping nine of them. Gosh, kale! You’re so high maintenance!

Unfortunately there is no TL;DR version of this. Actually, all of my failed kale chip attempts were because I skimmed the how-to’s, so hey – sometimes you have to take the time and actually read things in order to learn – again, that whole patience thing! 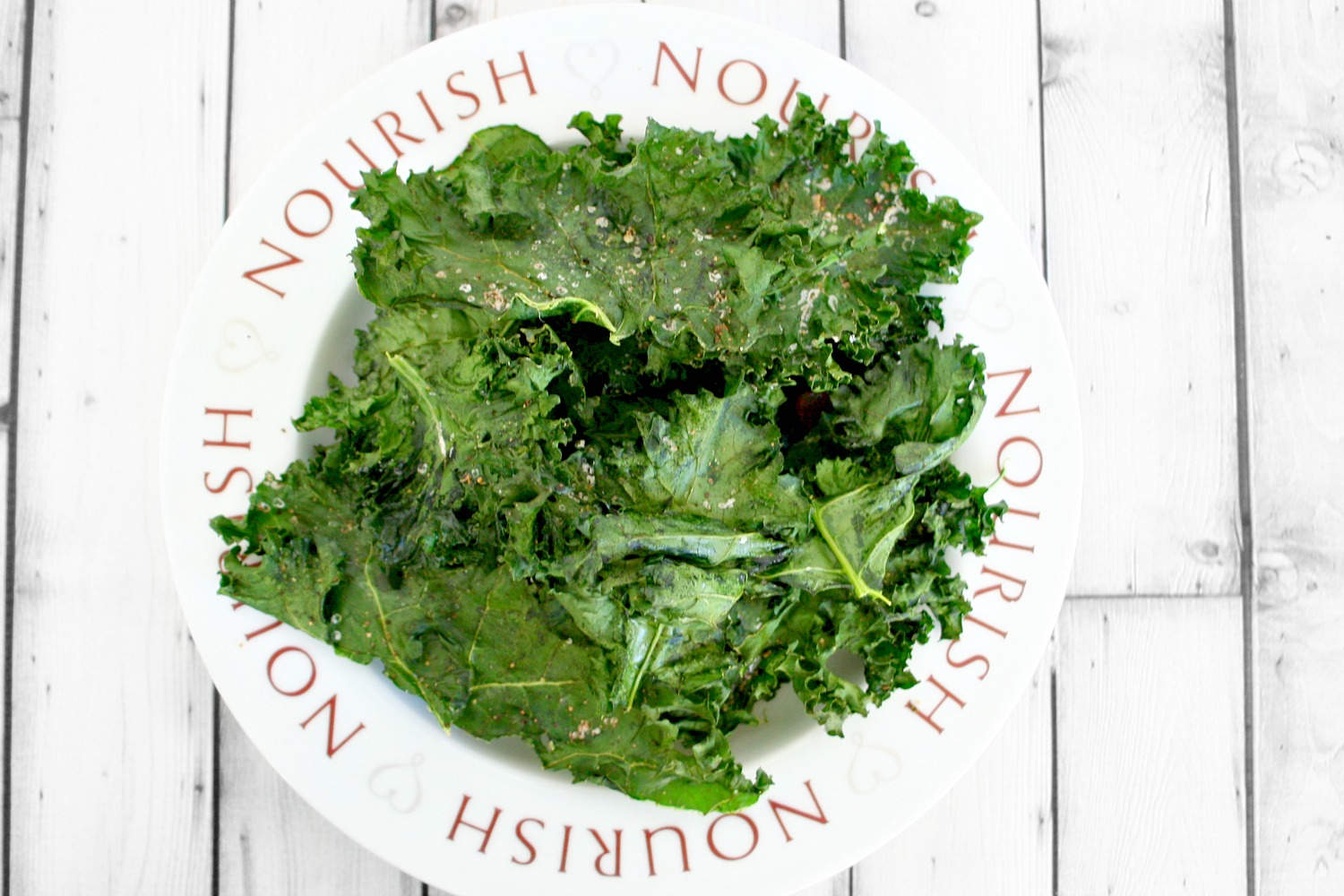 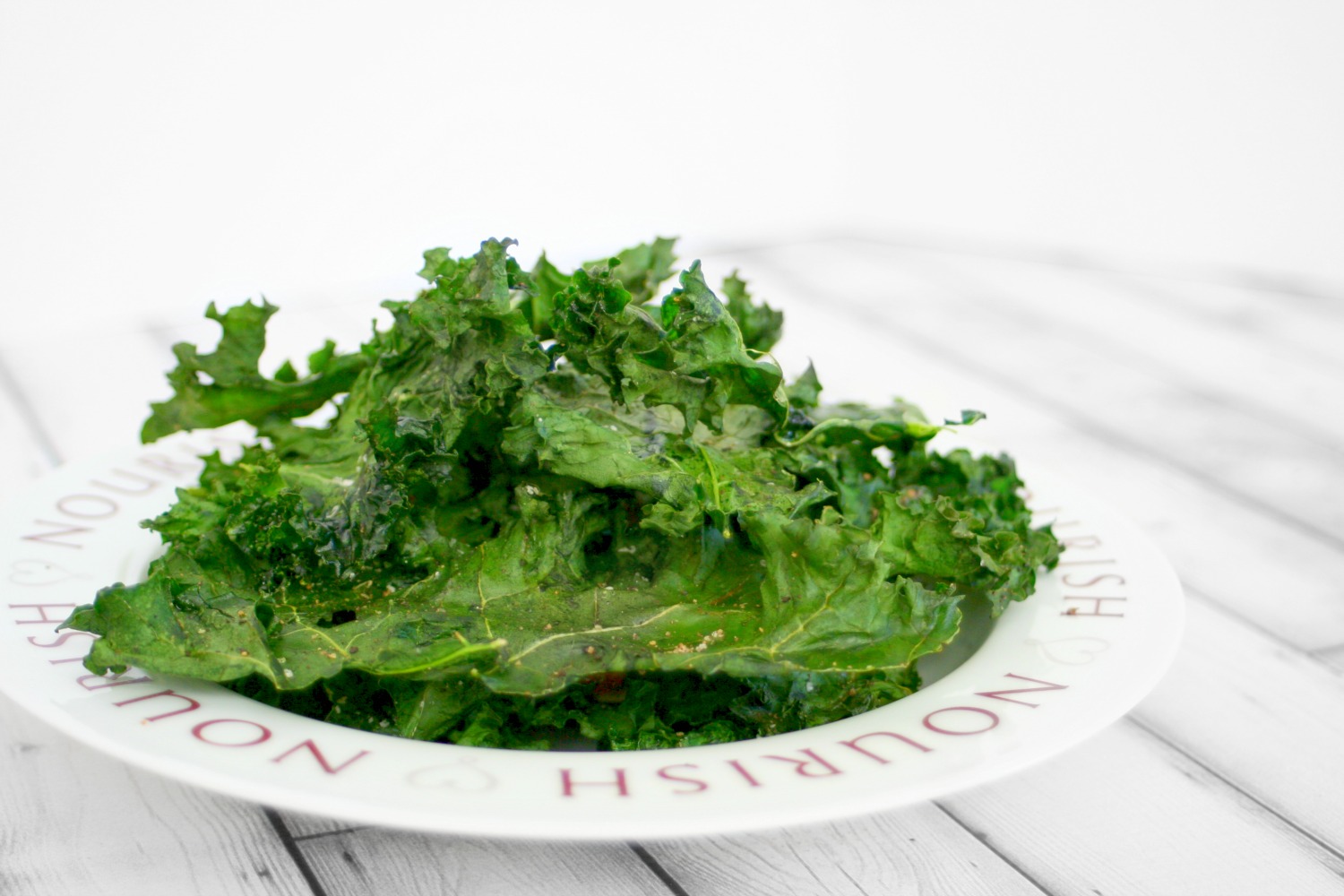 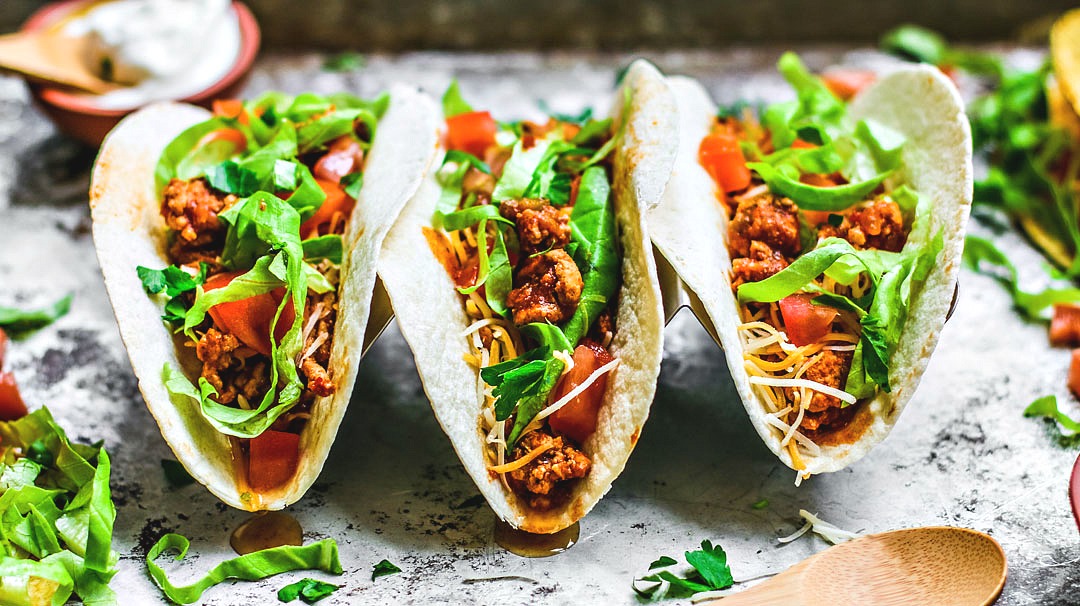 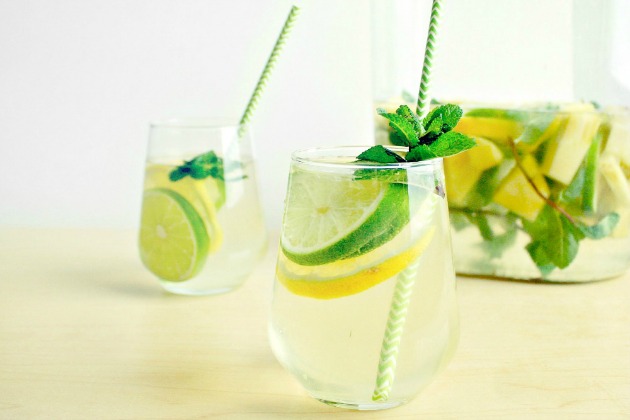 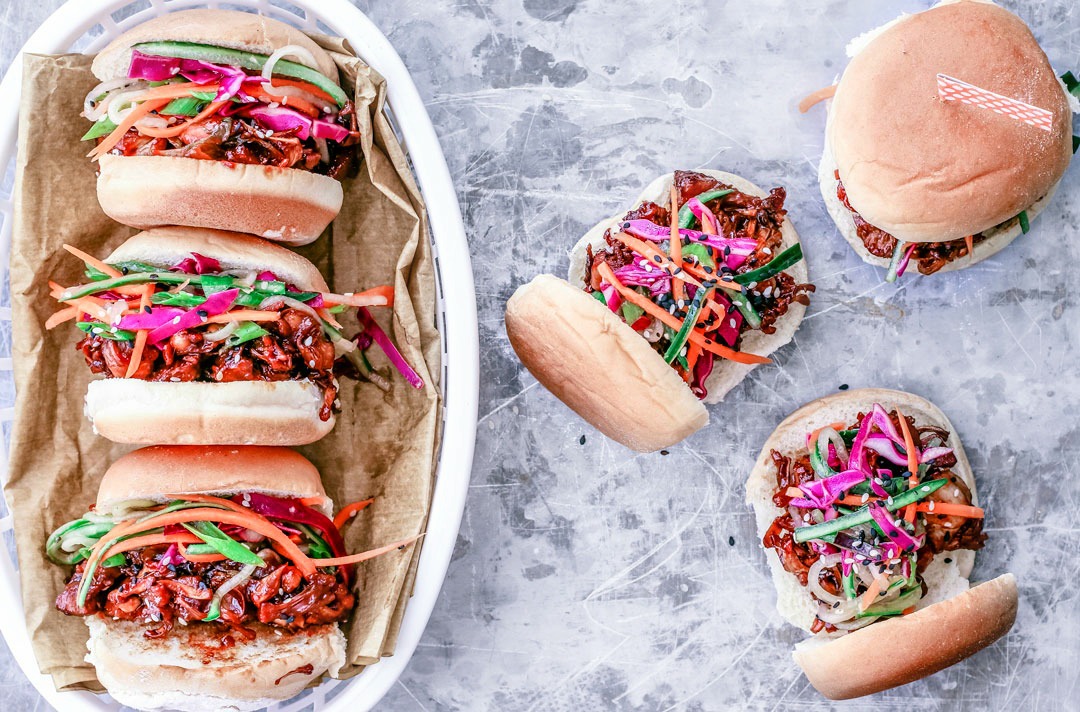 Pescetarianism: My Life Without Bacon or Steak