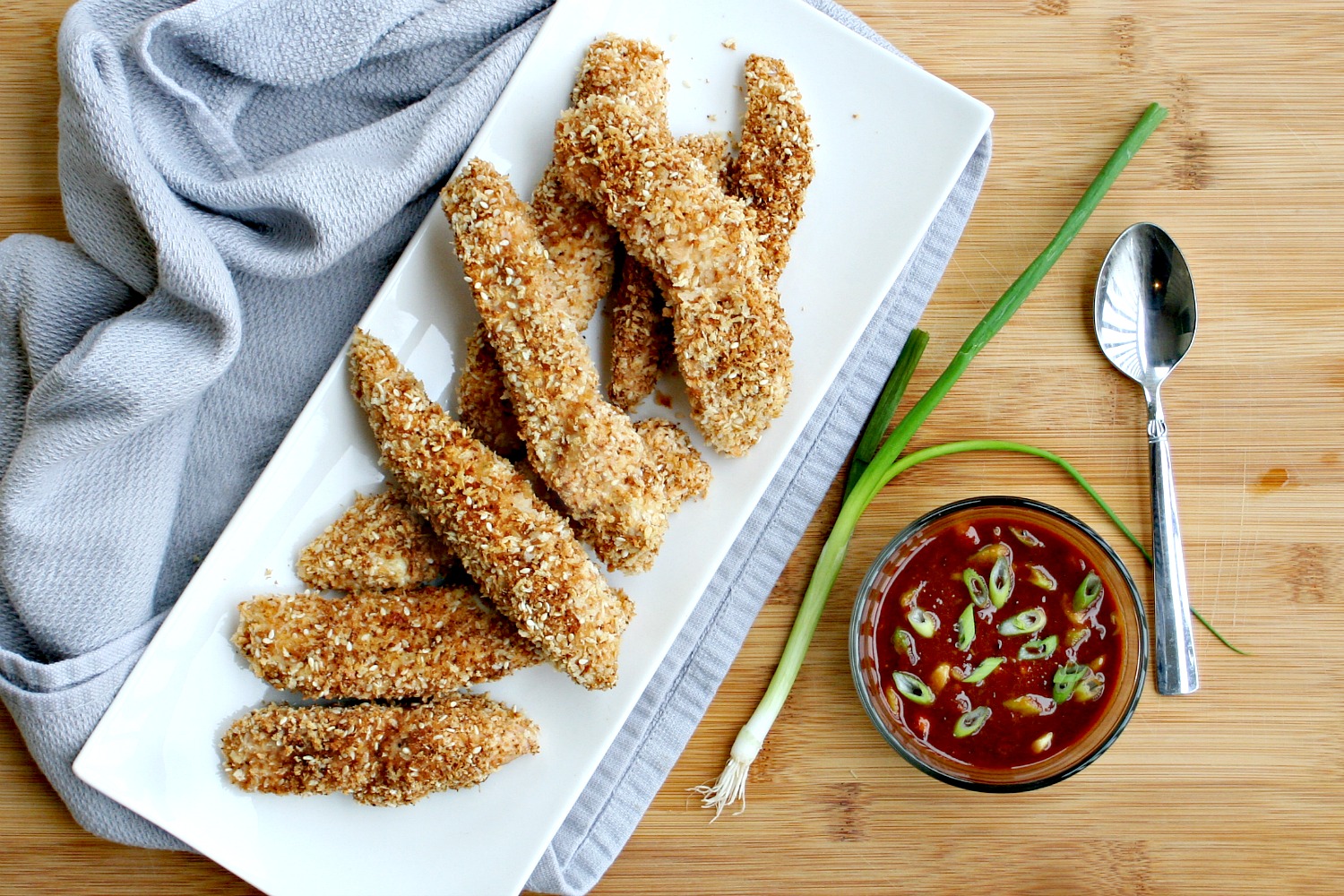 I love fried foods as much as the next person. Let’s be honest – it’s kind of hard to refuse that golden crispy goodness – even while trying to exercise better eating habits.

I don’t fry things often, but any time I’ve tried to replace frying with baking in an attempt to make better life choices, it’s resulted in disappointment. Disappointment and bad, flimsy breading. Sure, there is that initial self-deception with the “Mmm, this is great! Better than anything fried that I’ve ever had!” But lying to yourself gets old pretty fast.

You’re probably wondering what the deal is with these baked chicken fingers then, right? Like, “What makes these so special?” I’ll tell you, because I feel like I’ve unlocked some sort of dark secret. I feel the same triumph that I felt the time I solved one side of the Rubix cube. It wasn’t until later that I learned that every side had to match up (I was 8 years old, kay?), but I remember that quick flash of victory, and it’s similar to how this recipe left me feeling.

Here’s what I did: I toasted the bread crumbs, in addition to some sesame seeds for extra flavor (totally optional, though), in a dry pan prior to dredging the chicken strips in them. So the breading was already toasty before going into the oven. Golden. Crispy. Crunchy. VICTORY!

How silly did I feel not figuring this trick out before? Pretty darn silly, I’ll say. But let’s not dwell on that; let’s focus on the fact that we can now eat chicken fingers, GOLDEN CRISP, with a lot less guilt.

I served these with a homemade Spicy Chili Peanut Dipping Sauce I threw together on a whim. My husband actually said that the dipping sauce is something he would buy by the tub if possible – so I think I did all right. 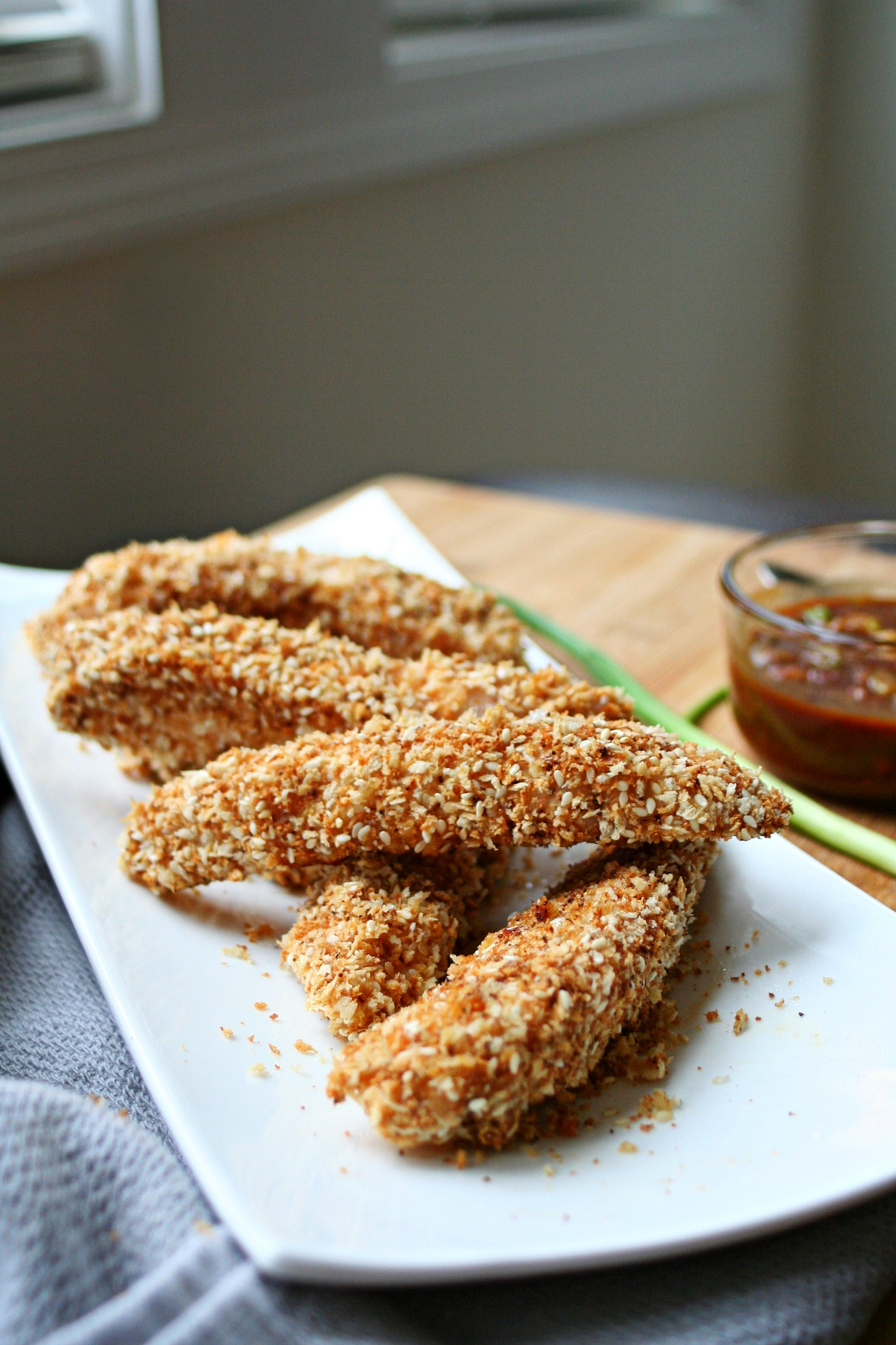 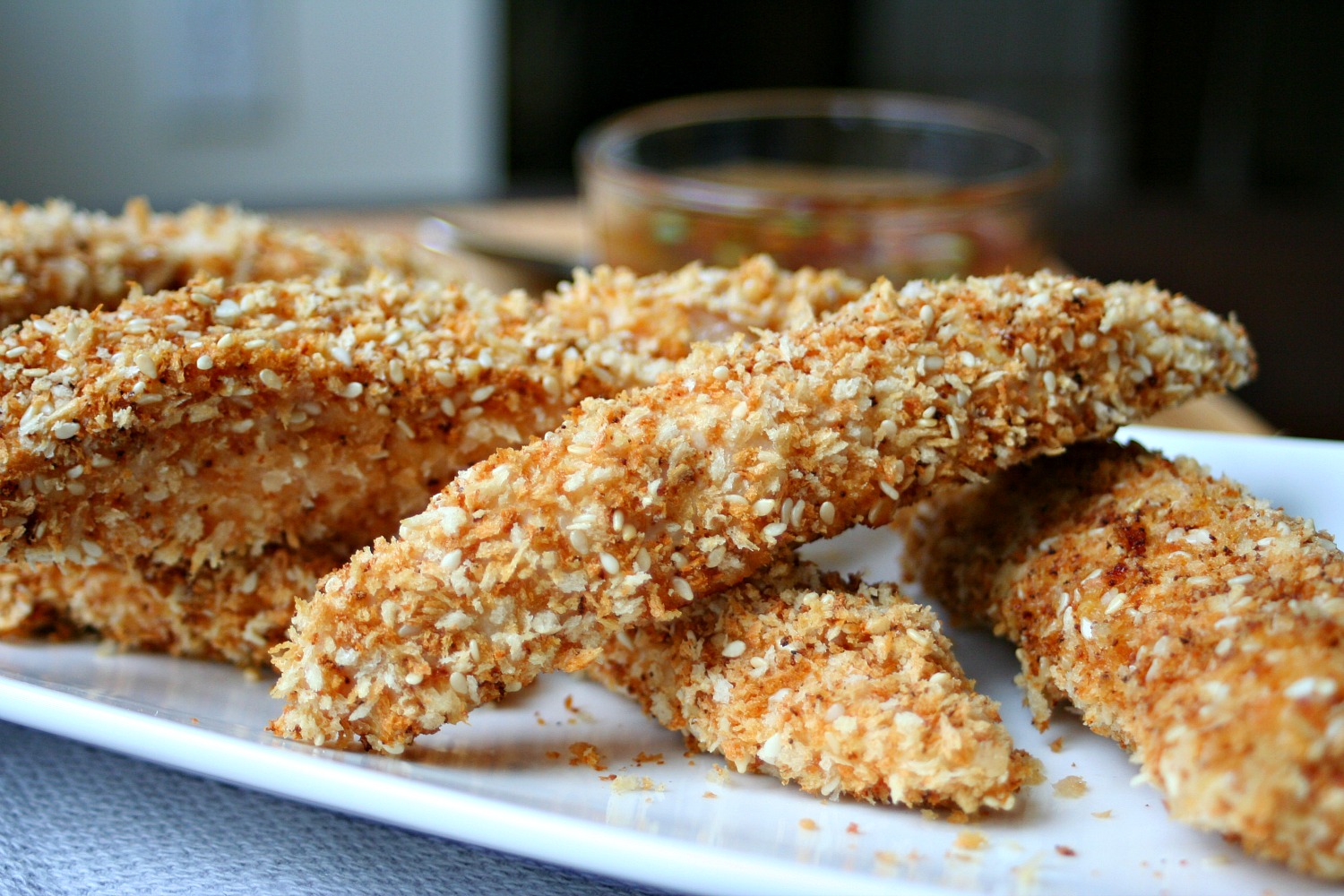 If you’re wondering how I cut my strips from chicken breasts, I simply flattened them out a bit with a tenderizer and sliced them on an angle to get four nice strips from each breast, as shown below. 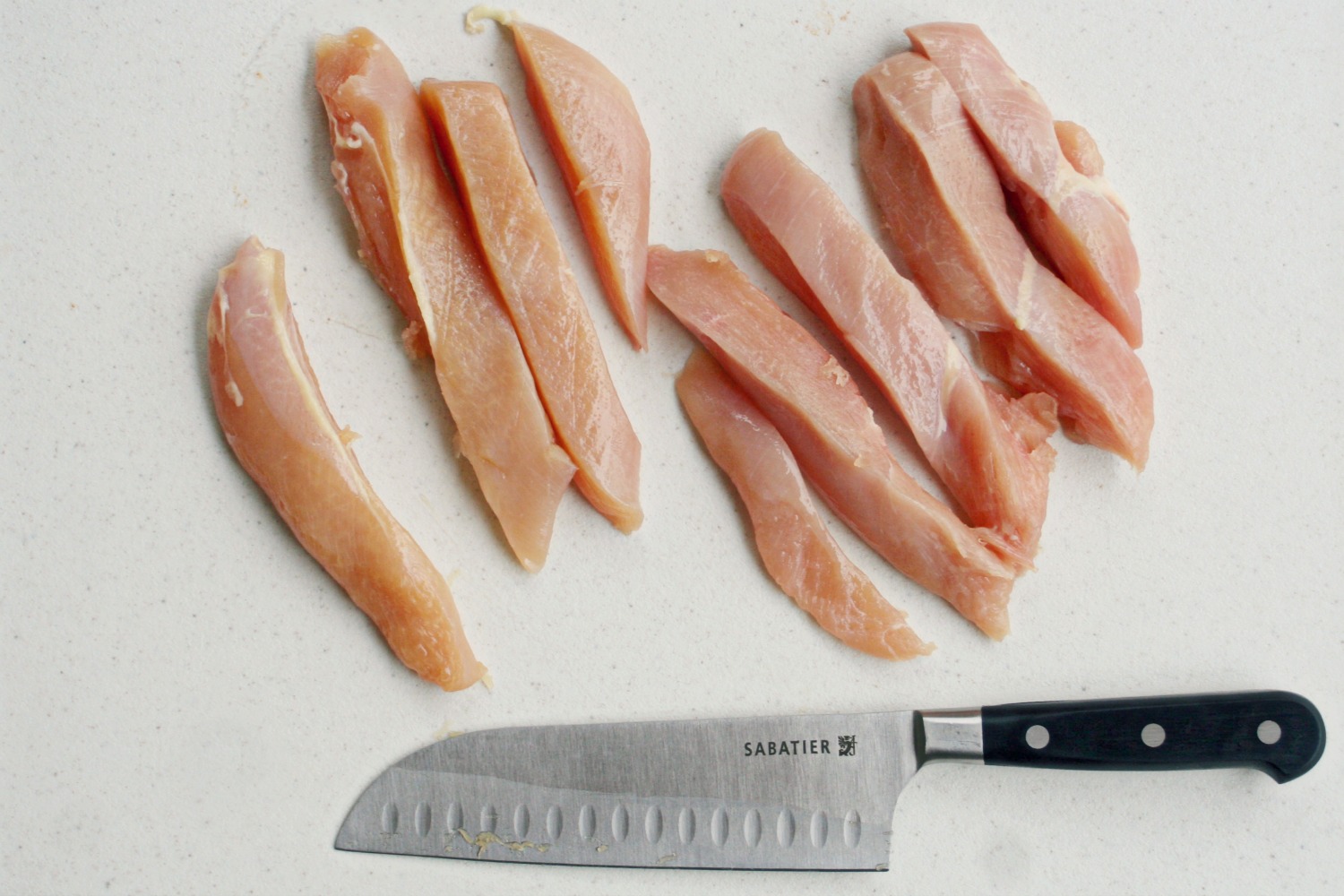 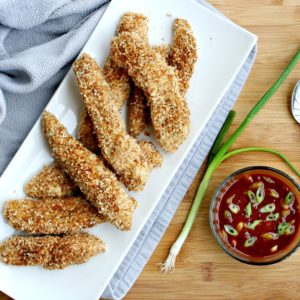 FOR CHICKEN2 large chicken breasts, slightly pounded/flattened with a mallet (but not too flat)