I recently stumbled upon a hate blog targeting a famous food blogger. The sole purpose of the blog was to abominate this individual. This shouldn’t have come as a shock to me since there are a lot of people in this world who have their apron in a tangle, but I was a little surprised to see this happening in the food blogging world. They referred to the individual as a fraud and basically insinuated that they are getting rich by shucking and jiving. One of the points was that this person not only thieved recipe ideas, but blog post content as well. I didn’t spend much time on the blargh because trash talk isn’t productive and, as they say, haters gonna hate, but it did get me thinking about authenticity in the food blogging world. How does a food blogger achieve and maintain authenticity in a blogworld crawling with hungry, creative minds? 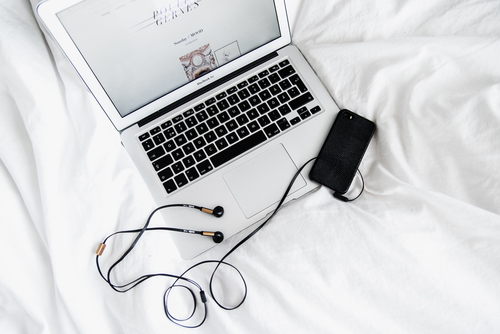 When it comes to blog posts, such as opinion pieces or blabber pieces (like this one, ha!) then plagiarism can be pretty obvious. This is why I think it’s beyond important to establish your own voice when it comes to blogging. There are some hot topics out there that a lot of people want to dish on, and that’s totally cool, but you have to be able to cover topics in a way where your readers read your material and know, without question, that it’s genuinely coming from you. Covering something that someone else has covered while rearranging copied and pasted sentences from their piece to try and seem authentic, then taking credit for it, isn’t okay. It’s plagiarism; people will eventually catch on and then you’ll look like an a@!^*#%.
I recently read a piece about commenting on food blogs over at Christina’s Cucina that got me really excited. I felt so connected with what she was saying and I was really eager to share it with my readership. I had a few things to add myself based on my own personal experiences, but a lot of what she said really resonated with me and I knew I had to post something about it. I contacted her, I expressed my excitement about her piece, and I asked for her permission to do somewhat of a blog post that was a nod to her post. With her permission, I wrote a piece about her piece. I gave her the proper credit she, as the original author, deserved; I got to give my readership a sense of what I’d been thinking through her piece all while throwing in my own two cents. It worked out swimmingly, and everyone was happy.

As far as concoctions and methods go, to be 100% original in the food blogging world is near impossible. The number of recipes and techniques floating around the Internet seems infinite and there have been numerous times where I’ve believed myself to have been struck by genius only to find out that my idea has already been done, and in five different ways.
Well butter my butt and call me a biscuit.
So then what? Am I supposed to scrap my idea entirely? NOPE. I deserve to execute my ideas just as much as anyone else whether I’m the first one to bring it to the table or not. I just switch things up a bit and, as cheesy as it sounds, I let it come from the heart. I want my dishes to basically be me on a plate.
I avoid duplicating recipes by reading several methods online and using them as “food for thought” in order to draw up my own plans on how I’m going to develop a dish. Sometimes I write out a rough draft/idea of a recipe I want to develop (the proof is in the hodge podge of unfinished “notes” in my Evernote app, oi vey), and if I’m confident enough, I’ll go based on what I’ve written. The results are hit or miss, but that’s to be expected. After all, I don’t have a culinary degree; I’m just here in the kitchen, playin’ with the tools and feedin’ the mouths. As far as I’m concerned, my successes come from my failures – no big deal. When I’m feeling a little less confident with my judgment, I’ll scrounge up three to five already existing recipes from my cook book collection or the Internet (mostly the Internet – my cook books are there to look good, I’m kidding no one) and work from there – everything I’ve read considered and tweaked. But even with that effort put forth in hopes to dodge a copycat recipe – how do I know someone hasn’t already posted what I’ve just created? There is a world of ingredients out there that go well together, and a world of ingredients that just don’t. People who cook are aware of these things, and you can’t just go on and add maple syrup to pico de gallo to be original – you follow?
One thing I’d like to point out, and I should really go back through my archives and fix this on some of my old recipes from back when I was a newbie and didn’t know any better, is the importance of noting where a recipe has been adapted from. That way you’re linking an original source and playing it safe. Give credit where credit is due, take credit for your own adaptations and sit comfortably as an honest-to-blog blogger.
With some people it may appear obvious, you know, when they are continuously posting already existing recipes word for word, ingredient for ingredient, measurement for measurement; when they are using other people’s photos to represent their own dishes. None of those things are okay. In general though, where bloggers are simply trying to create their own spin on something, people need to cut creators some slack because somewhere out there, there is a song that sounds like another song, a movie plot similar to another movie plot, a story book that reads like another story book, and a meatball that tastes like another flippin’ meatball.