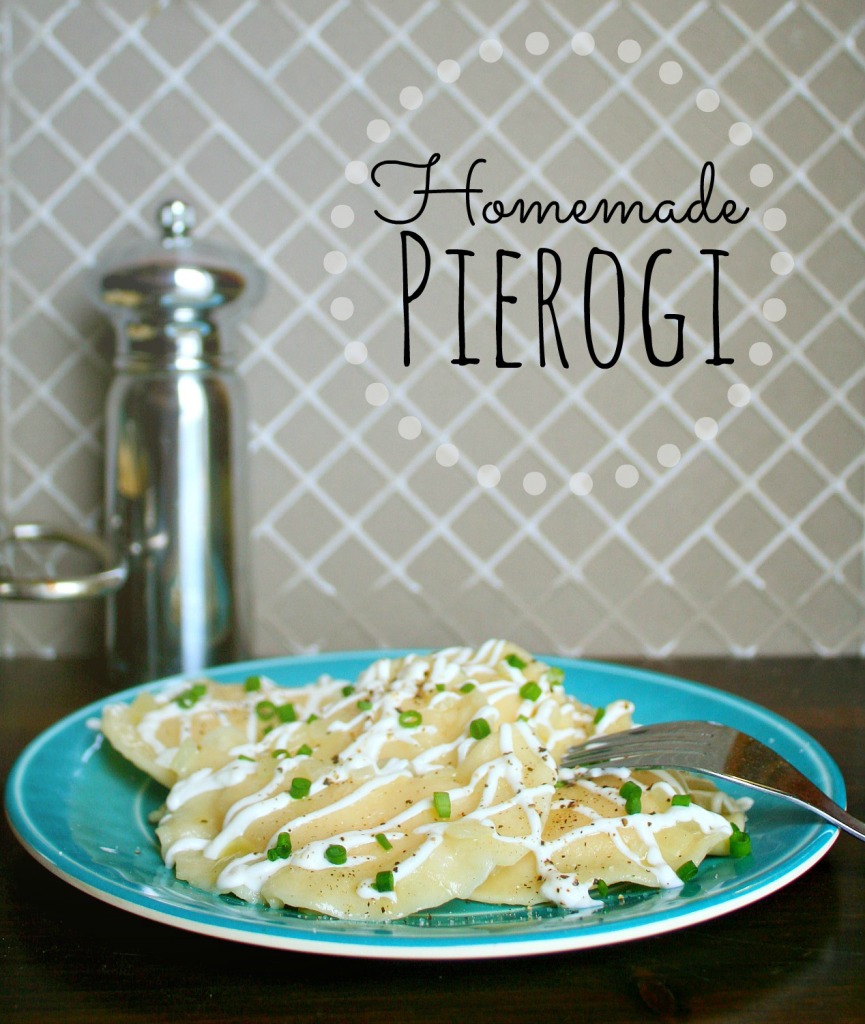 One thing must be made clear – the homemade pierogi are the ONLY pierogi. It breaks my heart into thousands of itty bitty pieces when somebody claims to love pierogi yet has only ever had the frozen store-bought sort. If this is you, do yourself a solid and check in with local Hungarian/Polish/Ukrainian churches or halls to see if they have any pierogi sales going on soon. By doing that you will get the most authentic of pierogi made by sweet little European women who truly haven’t lost their touch. I’m not against the freezer section at the supermarket by any means; I eat frozen pizza from time to time, and I’ve been known to rock frozen dumplings and wontons. Some things, however, cannot do their predecessor justice. Pierogi are one of those things.

Stuffing the pierogi is easy once you have a knack for it, but it takes caution. You don’t want to over-stuff, but you certainly don’t want to under-stuff. The safest bet is to take a happy medium between a teaspoon and a tablespoon. After a few pierogi, you’ll figure out an amount that works best.

Some people use pierogi clamps to shut and seal them, but I prefer to use my fingers and just pinch’em the old school way. So, once the pierogi is stuffed, secure the potato filling and enclose it, pinching the edge shut with your fingers. You can feel the air pop within the dough sometimes, and you can tell whether you have it perfectly sealed or not. So pinch, pinch, pinch! It’s important to not leave any little bit unsealed, because when you boil your pierogi, the potato filling will leak out into the water and instead of pierogi, you will end up with big, wet, limp, noodle-y water pockets. Not so awesome.

Serve with sour cream (and Sriracha, if you’re me!) No Greek yogurt – that just doesn’t cut it. I have been guilty of trying to substitute sour cream with plain Greek yogurt, and it totally works in some cases, but when it comes to pierogi, treat yourself and do it right. Throw all of your healthy intentions out the window. You can also serve with crispy and crumbled bacon, chopped up scallions (or regular ol’ sauteed onions), and/or mushrooms.

Since you’re making a lot, you’ll want to freeze some. A lot of people ask me if I boil or pan-fry them when frozen. I actually like to do both. I’ll boil the pierogi until they float to the top, then I’ll fry them in a pan with butter, onions, mushrooms – whatever. You can get a nice golden crisp on the surface of a pierogi and it makes for great taste/texture.

You can also make dessert variations of pierogi, but nothing beats the classic pierogi and I don’t really like talking about dessert pierogi. Because. Potato and cheese forever. 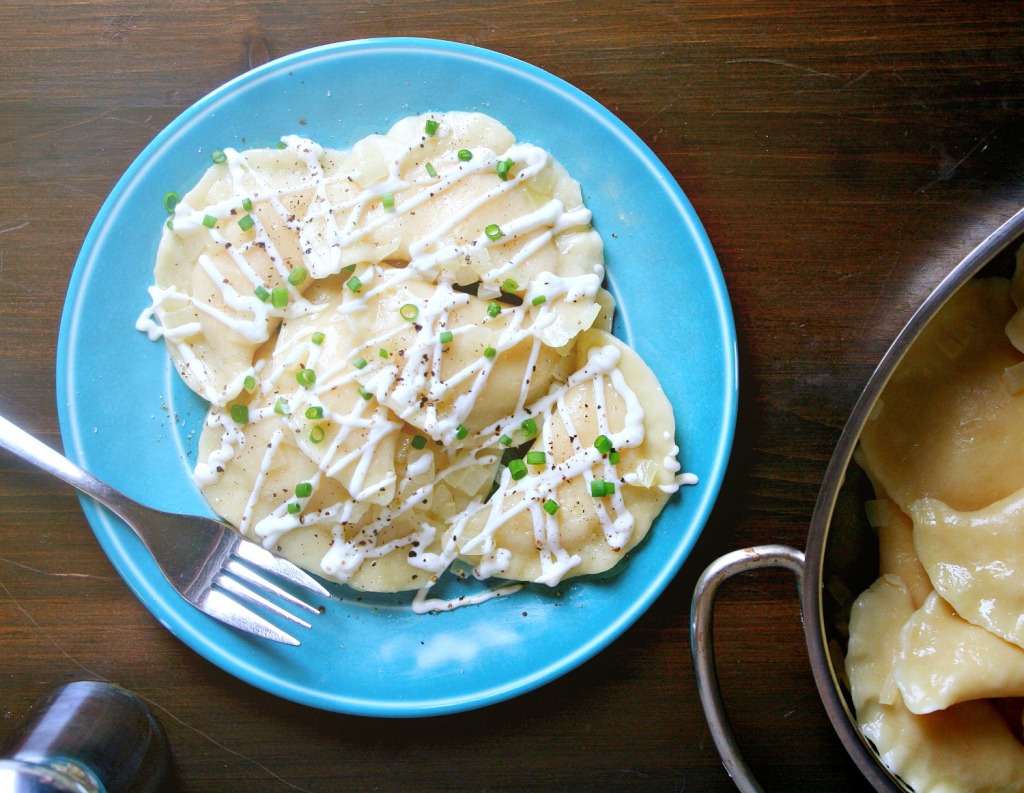 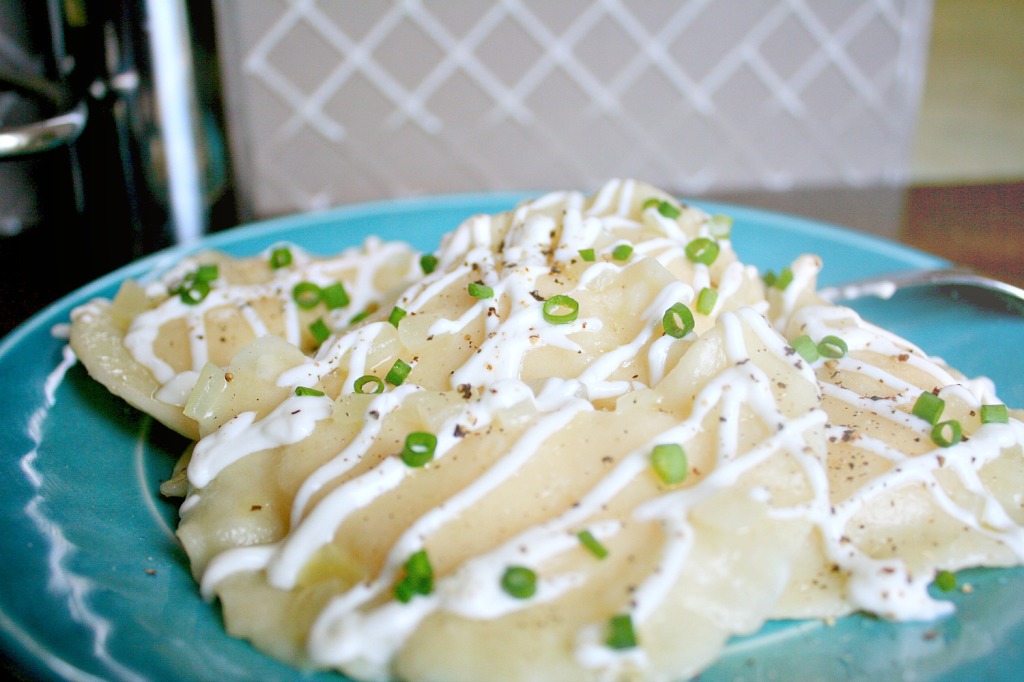 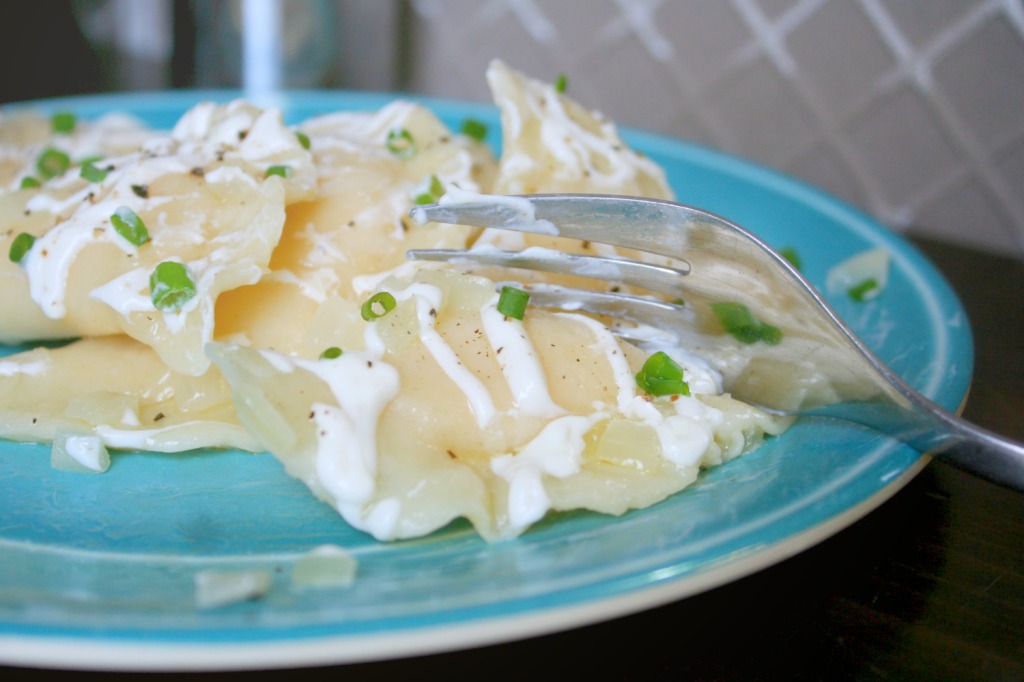 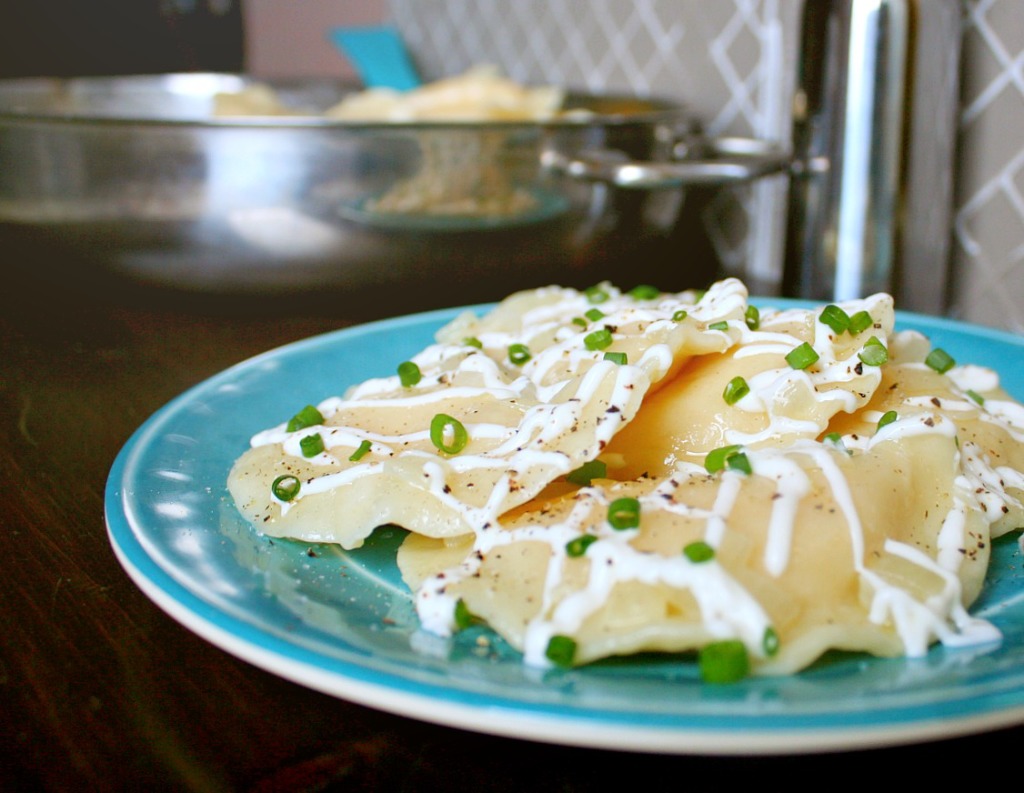 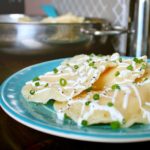 A recipe for traditional cheese and potato pierogi.
Servings 6

While the dough rests, you can work on your filling, which is very straightforwardSauté the finely chopped onions in 1 tablespoon of butter.

Back to the doughRoll out the dough to flatten it - approx. 1/8 inch thick.

When it comes to cooking frozen pierogi, a lot of people ask me if I boil or fry them. Truthfully, I do both. I boil the pierogi until they float, and then toss them in a frying pan with some butter or olive oil, onions, and sometimes bacon, until the pierogi are slightly browned (JUST slightly).
comfort foodPierogiPolishUkranian 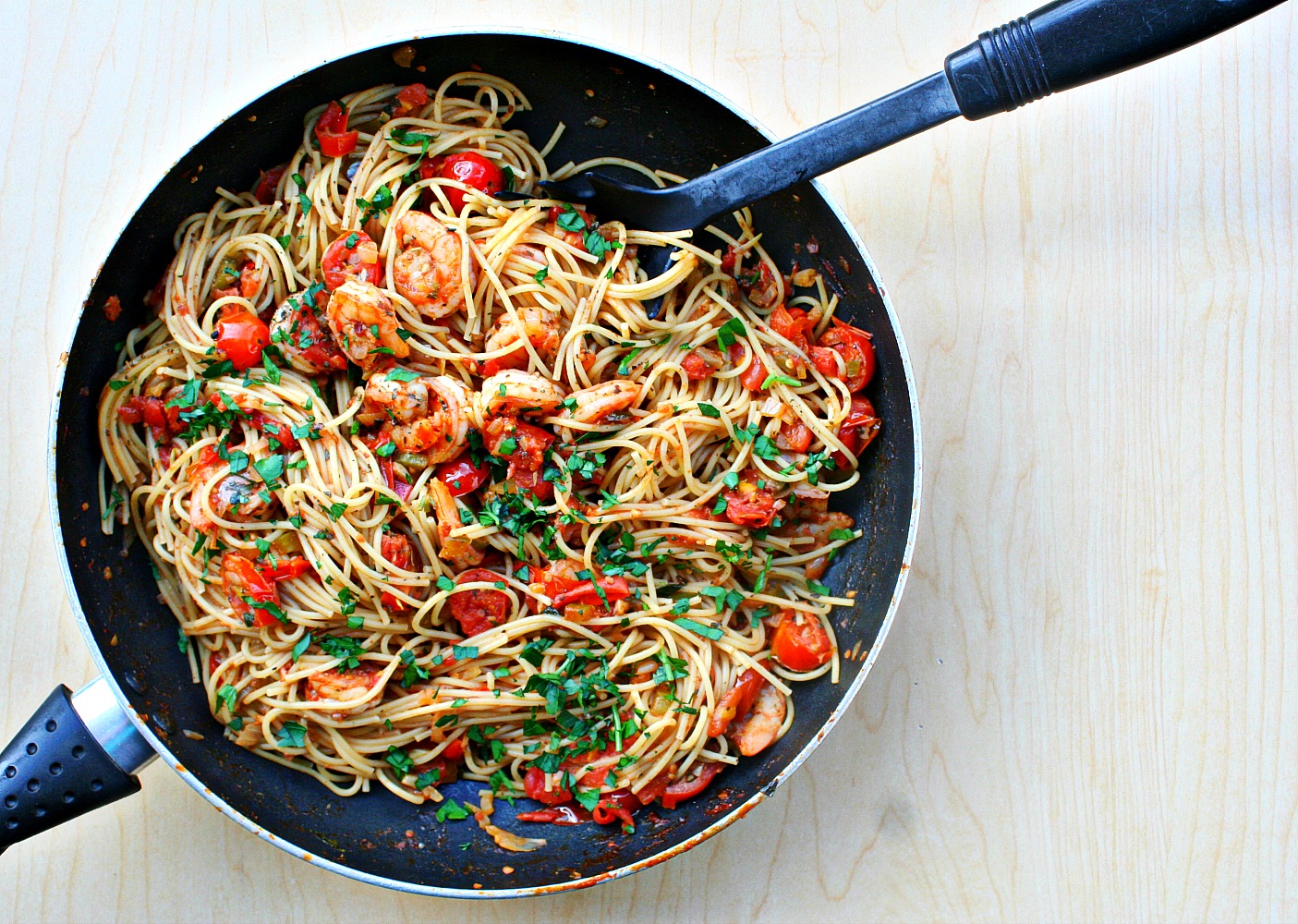 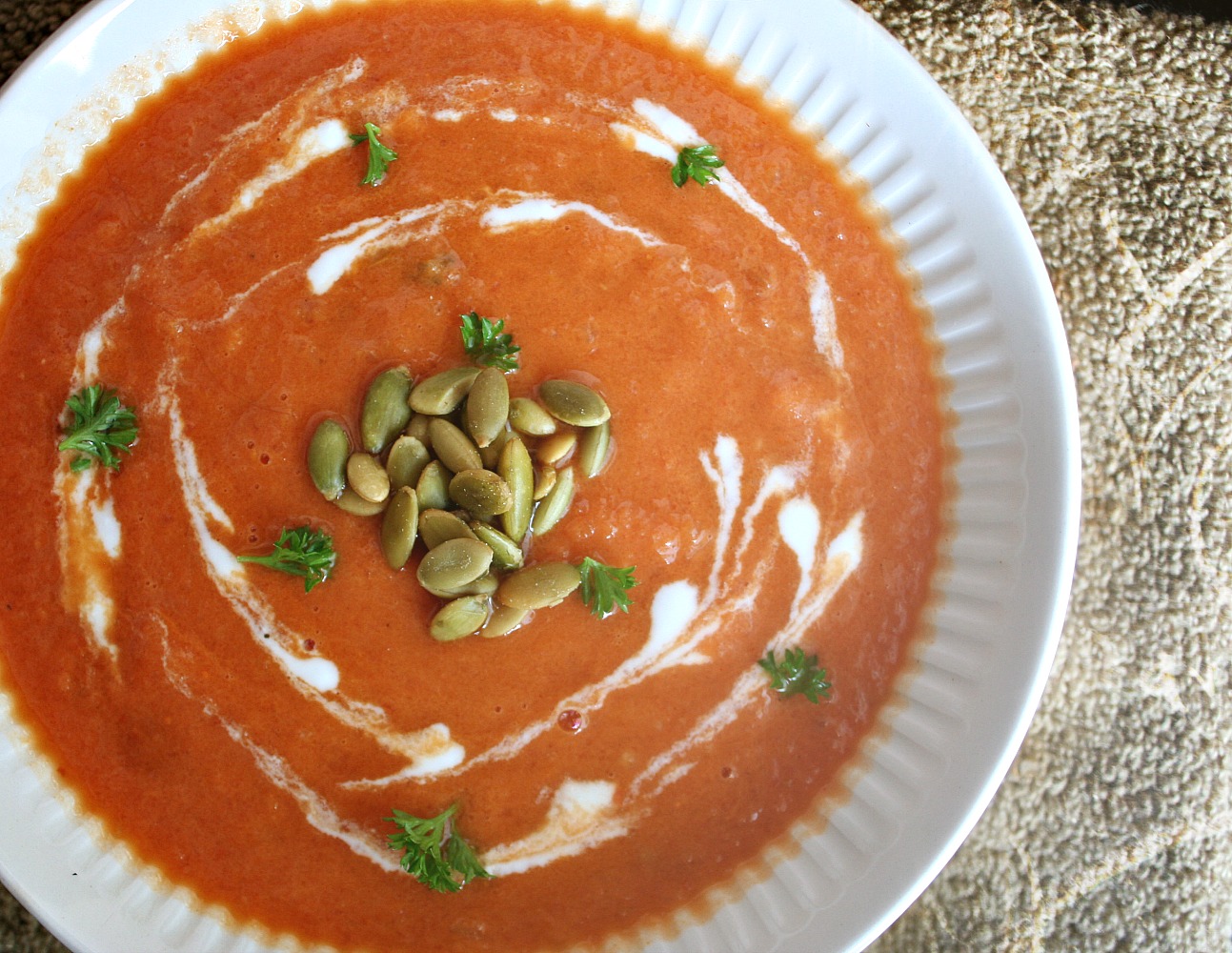 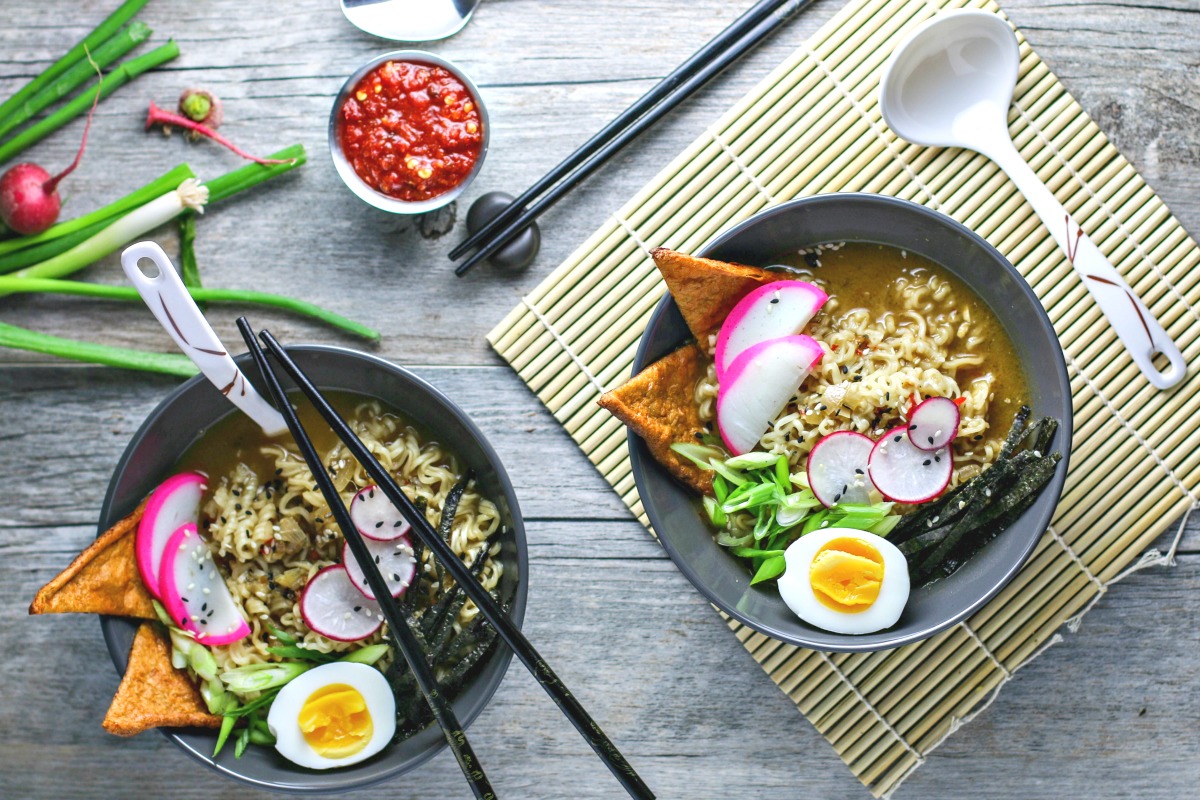 Currently obsessed with this new way to enjoy panz

Another Friday night, another homemade pizza! 🍕

Now that you know how to roast Hatch chiles, you c

These Easy Fisherman’s Eggs are a nutritional po

Just in time for your Friday night pizza plans: Ve