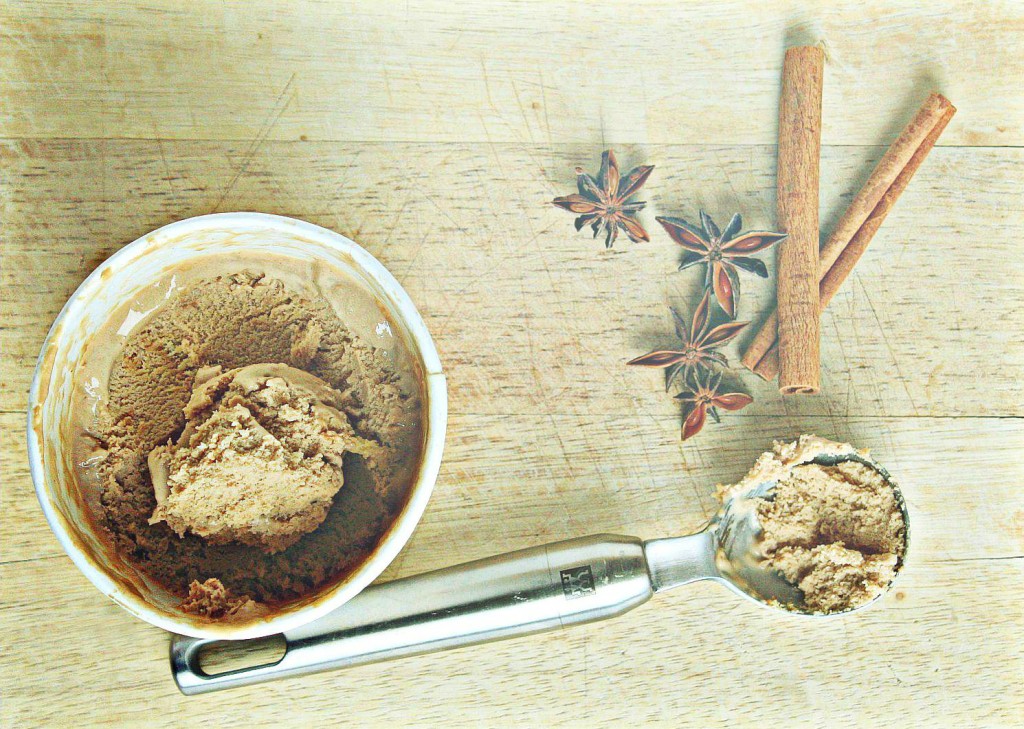 My favourite cool-me-off drink in the summertime is a chai latte frappuccino. Sure, most from the coffee shops around here are super high in calories, but it’s a nice treat – and I refuse to deprive myself of treats! #YOLO, right? (I’ll never say that again).

Recently, I decided that I wanted to make some homemade ice cream for a few people as a ‘Thank You’, though I wanted to steer away from your typical berry or chocolate flavours.

Chai was the answer! And to amp it up a bit, I added some crumbled honey/cinnamon cookies (just some Teddy Grahams, actually). I have a habit of adding crushed cookies into my homemade ice cream, and I am not sorry.

If you want to be technical and make a chai ice cream by boiling whole spices like cinnamon sticks, cloves, and star anise, go crazy. I kept it simple and boiled chai tea bags. You don’t have to go the uber complicated route to be considered a foodie. Have no shame in cutting corners if the corner cutting makes sense. 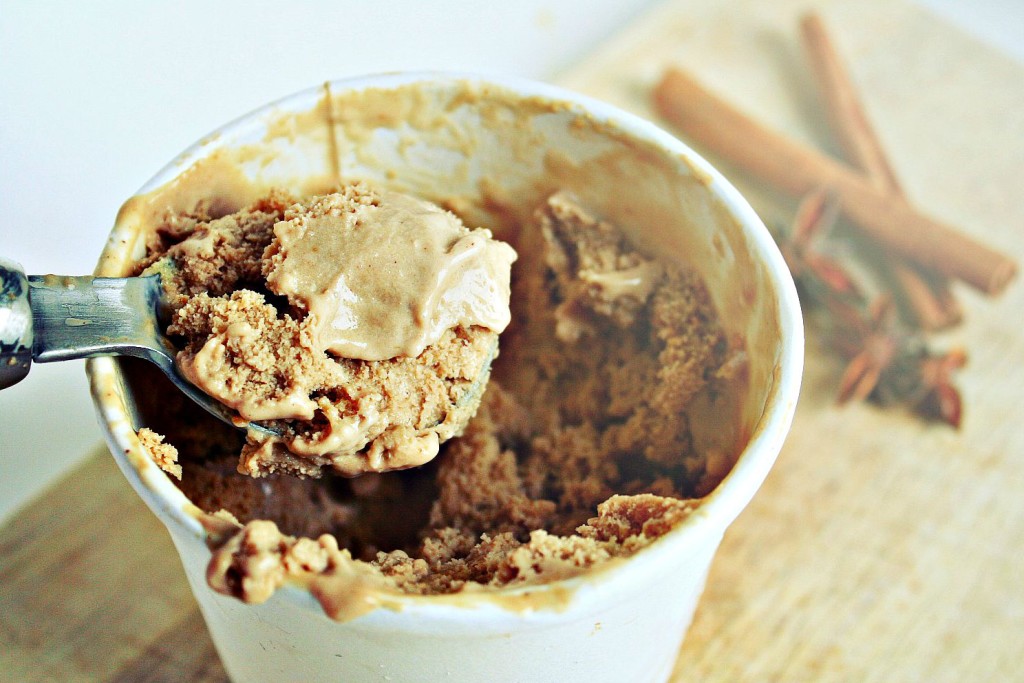 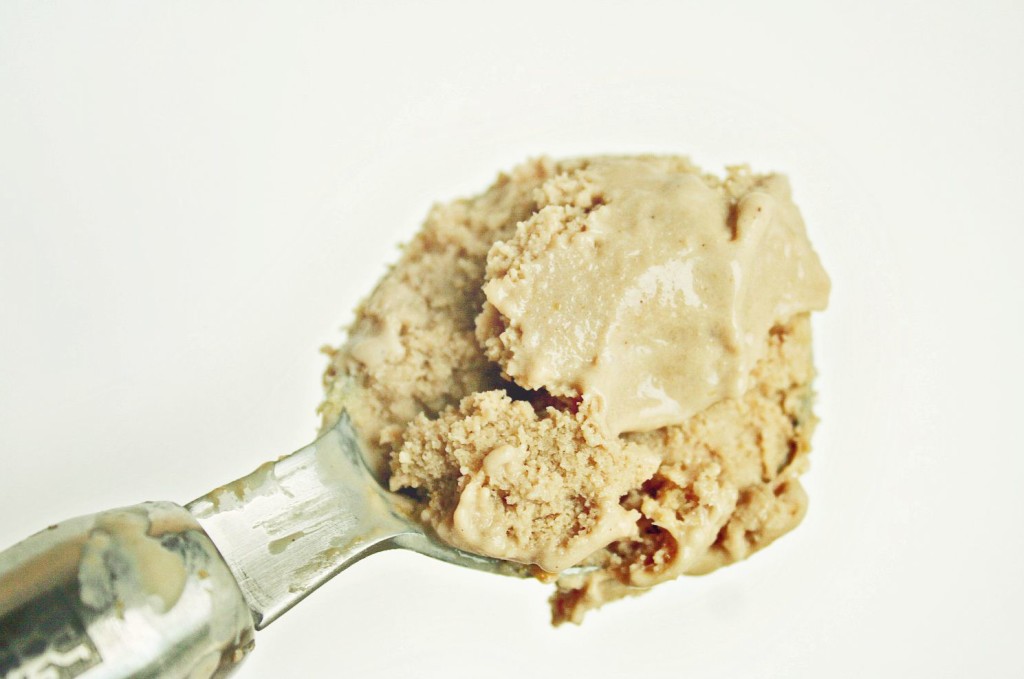 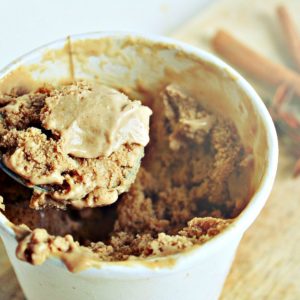